Can the midstate support a 'software center of excellence?' 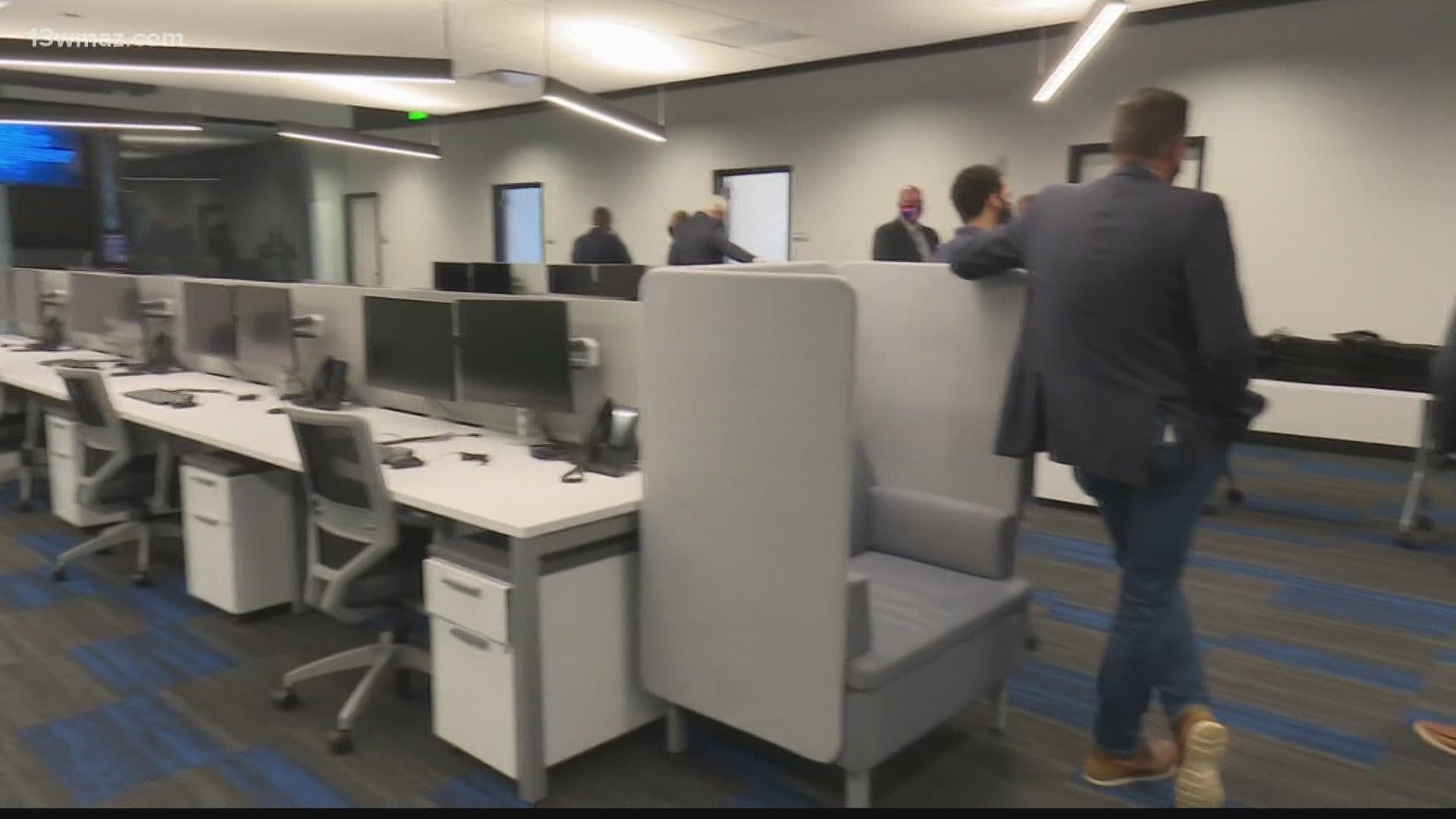 WARNER ROBINS, Ga. — Editor's Note: Video in this story is previous coverage on the opening of the 'Project Synergy' software center.

Robins Air Force Base has long been the economic engine that powers Middle Georgia.

But as technology takes on a greater role in defense, will the midstate be able to keep up?

A 2017 Defense Department grant is giving Georgia the chance to take a closer look at what is needed to sustain its military communities.

After a two-year regional planning initiative, the Middle Georgia Regional Commission, or MGRC, is working with other entities on the next phase of intense planning and implementing initiatives.

Georgia’s Center of Innovation for Aerospace under the Department of Economic Development allocated the remaining Department of Defense grant funds to assess existing industry capabilities and workforce availability.

“The first project, the primary result of that was a charrette and a regional plan that laid out the path toward creating a software center of excellence and an innovation ecosystem,” MGRC executive director Laura Mathis told council members at the March meeting.

In this Middle Georgia Innovation Project, Future IQ, a global research and consulting firm, is looking ahead to define the technological trends that await while working to define and shape the future.

David Beurle, CEO of Future IQ, explained the goal is to build an “innovation ecosystem” in the coming decades.

“Those words are really quite important to the project because in any defense region today, there’s really only two things that people are worried about, right? One is technology and the other is workforce,” Beurle explained. “So, this notion of innovation ecosystem is how do you bring that sort of technology focus together with that people focus in the region and sort of move the needle on economic development?”

The nearly 43,000-square-foot-facility includes a secure lab and space for dozens of high school students as the Houston County School System grows its Career Academy, according to a news release.

Since September, Buerle’s company has been surveying dozens of Middle Georgia industries about their use of technology. They’ve  conducted focus group interviews to identify strengths and weaknesses based on other military regions in the country.

After talking to industry leaders, Future IQ determined there is a very “high level of interest” in building innovation and developing a “software center of excellence” wrapping around Robins Air Force Base.

While the base provides a “big pocket of innovation” and Middle Georgia enjoys a “real core of strength in higher education institutions,” there are gaps in the region, according to the report.

“The ecosystem around that has lots of holes in it, so building that is really important,” Beurle said.

Industry 4.0 is the way of the future

Industry 4.0, or what is called the Fourth Industrial Revolution, harnesses modern smart technology with increased automation and communication between machines.

“The region really needs to think very strategically about how to build capability and information flow about Industry 4.0,” Beurle said. “And I think that’s really important, actually, to you as a regional commission because I think it’s going to reshape the traditional role of economic development.”

Many industries and businesses are struggling to understand the technologies and fear they will be left behind, he said.

“You’re actually in a really interesting position with proximity to Atlanta, being a satellite city, but you’re in a competitive environment,” Beurle said. “So how do you compete with potential residents workforce? How do you make yourself really attractive and tell a good story about what’s going on in the region?”

With a little coaching from regions who are taking advantage of technology innovation, Middle Georgia could become a future regional powerhouse, Beurle believes.

Macon-Bibb and Houston counties currently are leading the nine other counties in Middle Georgia and work is needed to bring up surrounding communities.

Developing the digital science and software engineering workforce is key to future success and retaining talented young people in the region, the report showed.

'Get everybody to fly in formation'

“The thread through all of that is getting people excited about the opportunity, making connections, getting people together and getting people starting to move on plugging gaps and building, really bringing in the best thinking we can find in the country to the region to help solve some of these grand challenges,” Beurle said.

Over the next couple of months, stakeholders will be meeting to analyze data, brainstorm ways to incubate the region’s embryonic ecosystem and develop a regional action plan.

“We’ve known about most of the assets that are here and now others are being identified and it’s very exciting,” Gheesling said. “So now it’s a matter of finding the opportunities to bring our innovative thinkers from our educational institutions, our innovation centers, Robins Air Force Base and our private industry, which there are many, together and provide a space that is going to encourage them to share ideas and their expertise across the counties.”

Strengthening the broadband infrastructure is crucial to the success of the region, she said.

Between now and May, three working groups analyzing the data will strategize how to proceed with a regional action plan.

Gheesling said this will not be a plan that sits on a shelf collecting dust.

“This is going to remain a working document and it should, if we want future success for our communities,” she said.

A Future Summit is planned later this spring to summarize the work of the Middle Georgia Innovation Project.

Amy Hudnall, director of the Georgia Center of Innovation for Aerospace, said she is thrilled to see the project come to fruition.

“This has been some of the most interesting work,” Hudnall told the council. “Middle Georgia has fabulous assets and working with Angie and David and Laura to pull this all together to try to get everybody to fly in formation, I think, has just been a fabulous opportunity. And I ‘m really looking forward to the growth that I think will come from this work.”