The federal agency filed the lien, claiming problems with the city's tax filings going as far back as 2015. 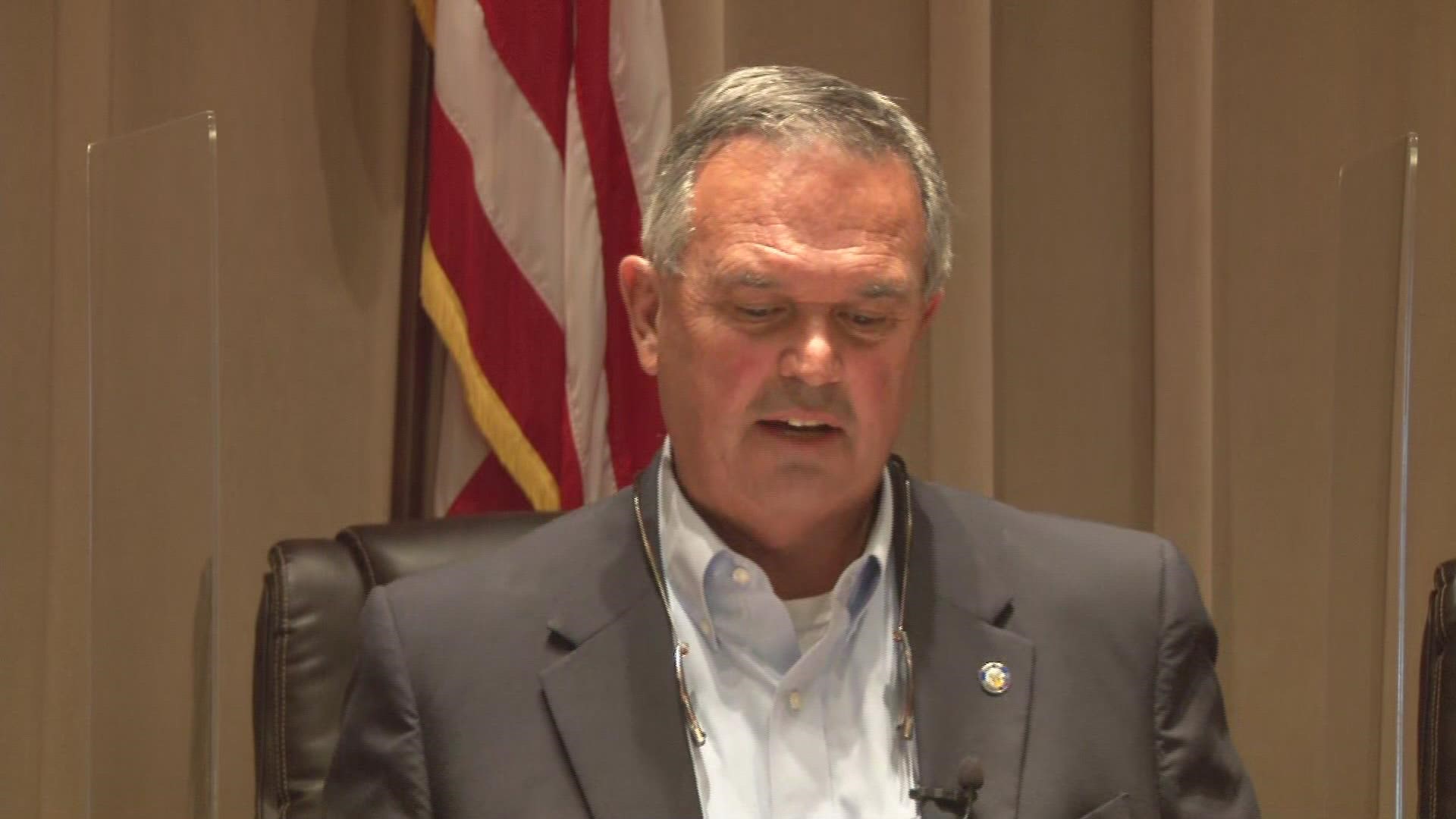 The federal agency filed the lien against the city last month, claiming problems with the city's tax filings going as far back as 2015. It says the International City owes the IRS $792,782.51 in fines and penalties.

The lien filed in Houston County Superior Court claims that the city filed incomplete or incorrect information at least five times and failed to file the quarterly Form 941 twice.

That details how much income taxes, Social Security taxes, and Medicare taxes they withheld from employee paychecks.

"This is not an issue of back taxes being owed, but an issue of mistakes in reporting and the notices of the reports of mistakes being ignored. Like you, I was shocked and deeply disappointed to hear these claims. I am especially ashamed at the misunderstanding of the subject matter of these claims," said Toms.

He says he's launching a full investigation to uncover what happened and that he's taking full responsibility in seeing the problem resolved.

"There are obviously those who would love nothing more than to make this an issue which derails my continued service to this city, but don’t be confused. Let me be clear… the office of the mayor does NOT keep the books for the city of Warner Robins," said Toms.

LaRhonda Patrick, who is challenging Toms in the Nov. 30 runoff election for mayor, issued the following statement Wednesday afternoon.

"After reading the article from Houston Home Journal and reviewing the IRS paperwork that places a lien on the City of Warner Robins, I am shocked that city management would allow this to happen. It is irresponsible and an inexcusable violation of fiduciary responsibly to the management of city government and the taxpayers that expect their tax dollars to be managed properly.

In my 10-years as an attorney who has been heavily involved with corporations, city government and state governance, I have never seen such a careless act of management or such a violation of trust. I have reviewed the past three (3) years of the city’s audits, as performed by the independent accounting firm of Nichols, Caylay & Associates, LLC, and observed, that in each audit, warnings were given to the City regarding incompetent financial administration. Furthermore, and as an average citizen, I realize an IRS Lien stays with the City’s credit beyond full payment. This lien will be a stain on the city for 8 to 10 years and affect our bond rating which can cost the taxpayers $100’s of thousands of dollars in extra interest on important city projects.

The IRS sends multiple notices over a reasonable period of time to resolve issues that may arise. The fact that these notices went unresolved over multiple years and ultimately led to a lien reflects a systemic failure of leadership. I firmly believe that “leadership is ownership” and the buck stops at the top. The city of Warner Robins has been through four (4) CFOs in four (4) years and the city audits have plainly stated that problems exist. Clearly, there is a problem and strong leadership solves problems and owns the outcome. As mayor, I commit to be that type of leader and also be fully transparent.

I believe the taxpayers are owed a fair and honest explanation of our current lien and a plan of action on how administration will resolve this issue. In addition, the council, who also directly represents their constituency, must be informed so they may serve to their best ability. The November 30, 2021 runoff election will determine the future of our City and could be a start of new leadership and an opportunity to evolve Warner Robins forward, together."

Reporter Caleesha Moore will have the latest on 13WMAZ News at 6.

Toms, Patrick share their visions for City of Warner Robins as race for mayor continues