Bibb County put together a special committee to address pedestrian deaths in the county. We broke down if their tactics are working. 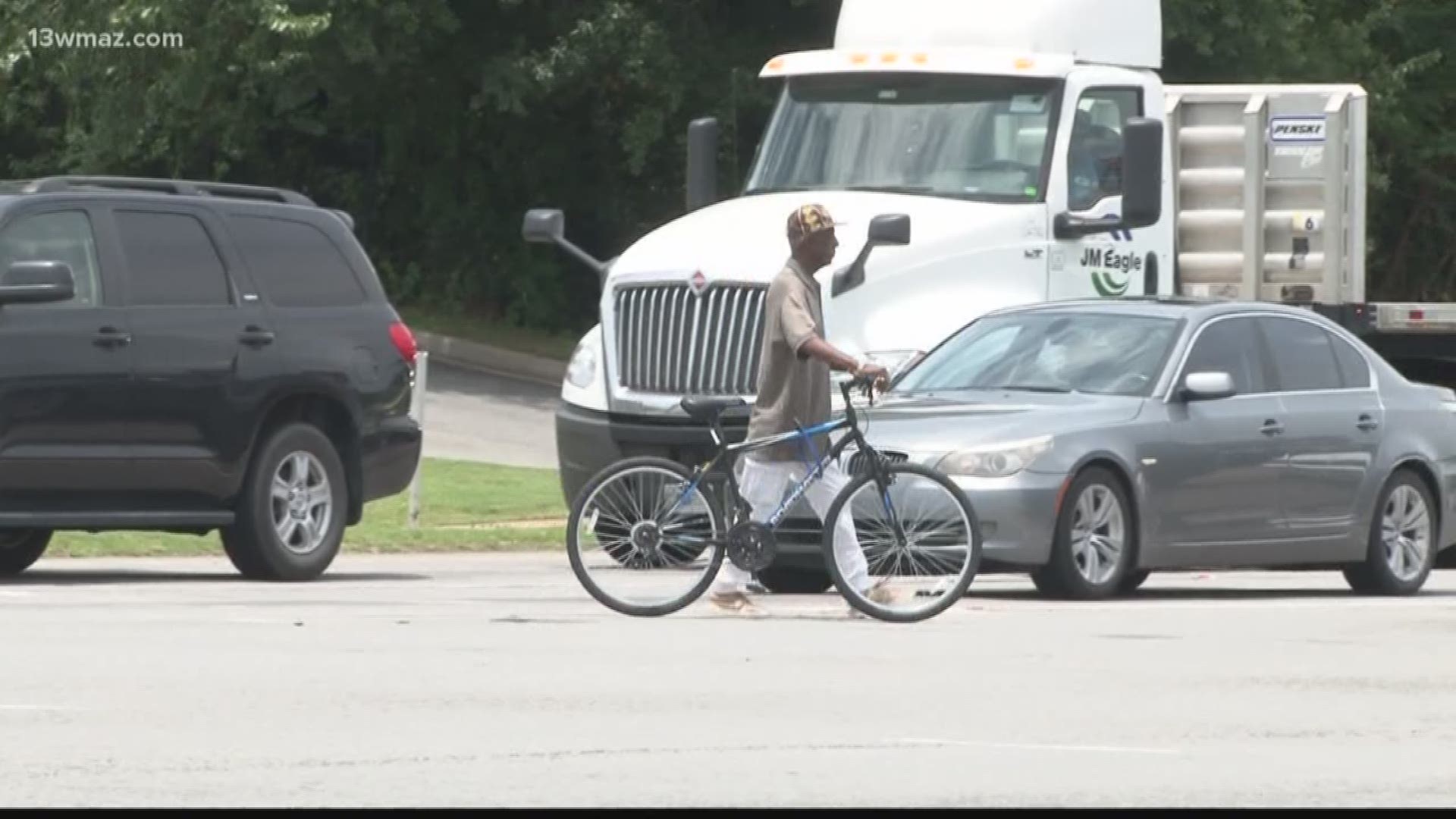 MACON, Ga. — Cars, dark streets, and people walking down them don't mix. So far in 2019, five people have died in Macon-Bibb County when those three elements came together.

On March 9, Michael Brown died crossing the street on Mercer University Drive. Less than two weeks later, Charlene Jones met the same fate after being hit by a car while walking down Millerfield Road.

In June, Henry Brown died trying to cross Pio Nono Avenue. The car drove off after hitting him and he died on the side of the road.

There are 32 more stories just like that in Bibb County.

Data from the sheriff's office shows that since 2016, pedestrian fatalities occurred 35 times through July 1, 2019.

"We were disturbed by that statistic," said county commissioner Elaine Lucas.

In 2015, Lucas wrote legislation to start the Pedestrian Safety Review Board, of which she is now the chairwoman.

It's a group of people analyzing the problem from various departments, such as the sheriff's office, the Health Department, and the zoning board.

"Everything that we do whether it be road projects, recreation, any of those things. We keep in mind that we are encouraging pedestrians to be in the area," Lucas said.

The group considers lowering speed limits and placing better lighting on roads throughout the county. They've also put more road signs and radars in school zones to slow people down.

"The main thing has been to raise the awareness through a very, very strong, strategic education campaign," Lucas said.

To pay for their "On the Move" campaign, the board used roughly $40,000 in federal grants. They paid for efforts like their mascot Pedora and the lighted arm bands for walkers, which they handed out for free.

The board also gets about $10,000 from the sheriff's office and health department. They use it to buy ads and billboards. They can also make suggestions for SPLOST money, like sidewalk improvements on Jeffersonville Road.

"Traffic fatalities are preventable and because they're preventable, they're unacceptable," said Tom Ellington, former board chairman and current liasion for the board's Vision Zero plan.

Ellington said it's their goal to reduce the number of pedestrian deaths in Bibb to zero. He admits they have some work to do.

Since the board began, Macon-Bibb saw eight pedestrian fatalities in 2016, seven in 2017, 15 in 2018, and it sits at five halfway through 2019. However, the number of total pedestrian crashes, not deaths, tells a different story.

Ellington said that construction projects like the Walnut Street bridge were built without pedestrians in mind and contribute to pedestrian accidents.

"You can go over there right now and you can get some b-roll [footage] of people walking across that bridge because it happens every day all the time and it's not safe, but I understand exactly why people are doing it," Ellington said.

Bibb isn't the only Georgia county fixing design flaws. Buford Highway in Brookhaven has its own dangerous history.

"It's one of the deadliest in the state," said Maria Jones, pedestrian safety officer for the Brookhaven Police Department.

The department used grants to hire Jones and money from the Georgia Department of Transportation to get raised medians, more sidewalks and pedestrian hybrid beacons. The beacons stop traffic specifically for pedestrians to cross in spots with no stoplights.

"It gives them warning versus citizens just darting out in the middle of the street," Jones said.

Jones says she also cracked down on jaywalking. She doled out more than 1,800 citations her first year, but just like Bibb, they've seen mixed results for their efforts.

The number of crashes and injuries went down in 2017 -- only to to spike again in 2018. Jones still calls education her biggest challenge.

Lucas says they're open to options, but some cities are looking to Bibb for answers.

"Bit by bit, we make an impact and I really think that our figures would be higher were it not for the Pedestrian Safety Review Board," Lucas said.

Progress has not come as quickly as they'd like, but Lucas contends one life saved or one injury prevented is worth their work.