'It allows me to express myself:' Macon teen painter to intern with Netflix for new show

Elijah Rutland will be an animation intern on the "Green Eggs and Ham" Netflix show premiering in the fall. 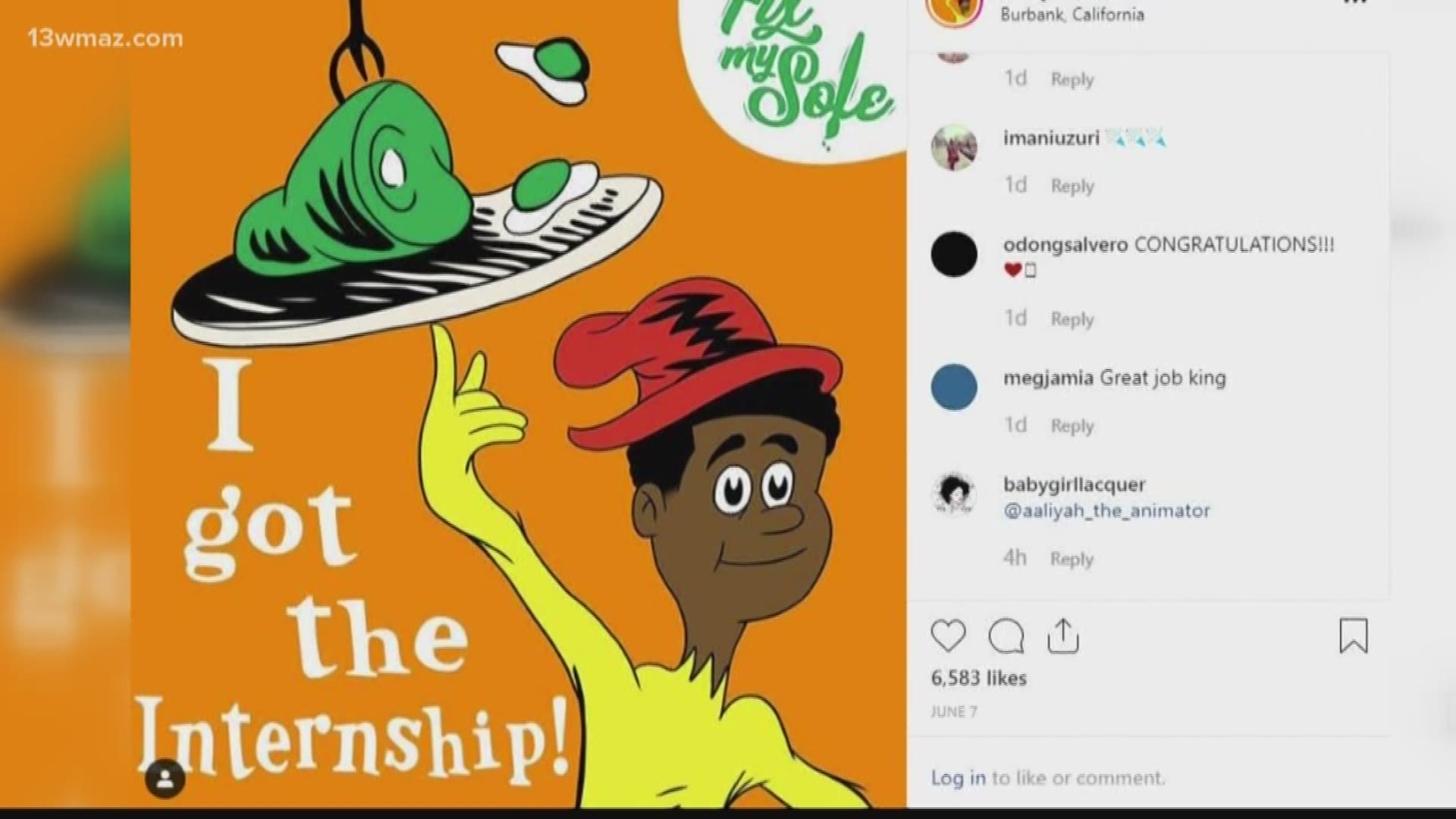 Sabrina Burse spoke to the college student about the opportunity to work on a Netflix show premiering this fall.

Elijah Rutland is a full-time college student at Florida A & M. In his spare time, you'll find him painting and drawing on anything he can get his hands on. "It allows me to express myself and convey my thoughts," said Rutland.

The 19-year-old started off painting shoes and selling them. He eventually stroked his brush onto canvases and clothing.

In September 2018, Rutland drew his custom version of cartoon character "Rolf" from the show "Ed, Edd, n Eddy." The drawing turned into a viral meme. He says since then, there's been a lot more eyes on his work.

"This summer, I'll be interning with Warner Bros. Studios in Burbank, California as an animation intern," said Rutland.

Rutland will be working on the Netflix show, "Green Eggs and Ham."

"I think what he's done really shows that that he's actualized the potential that we believe so many young people here in Macon have," said Charles Rutland.

"I applaud him for his diligence. When he started, he wasn't very good, quite honestly, but he has progressed very rapidly," said Charles.

Rutland says now, the sky is the limit.

"Having this opportunity, I'll be able to bring back firsthand knowledge and direct knowledge back and be able to share it with my friends," said Rutland.

Rutland says he will head to Burbank, California to start his summer internship June 24.