'It can and will land you in jail:' Macon couple charged for not treating dog's injury

If you have a pet that needs care and you are not able to afford it, there are resources available to help you avoid animal cruelty charges. 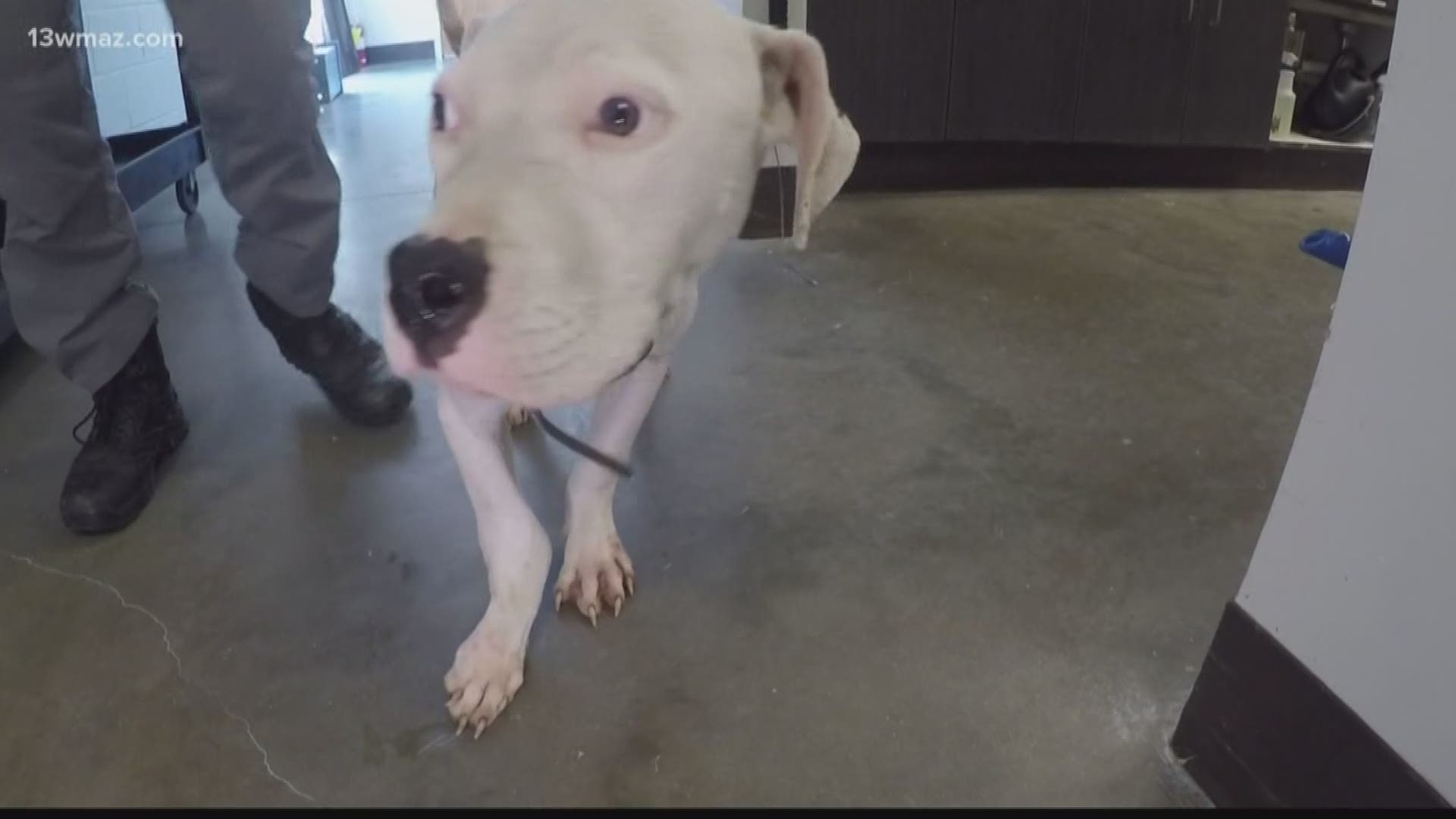 MACON, Ga. — Deputies arrested a Bibb County couple on animal cruelty charges after their dog was hit by a car. Bibb County Sheriff's Animal Enforcement Officers received a call Tuesday morning around 9 a.m. about an injured animal at the house of 48-year-old Walter Charles Morris and 25-year-old Noel Latonia Adams.

Officers found the dog had been hit two to four weeks ago. The dog suffered a broken leg, but was never treated. Animal enforcement officers say the couple claimed they couldn't take the dog to the vet.

13WMAZ is taking a closer look at what resources are available for pet owners who can't afford treatment for their animal emergencies.

"There's a lot of scabbing on the dog's ears. This is typically just from being outside. You'll have flies that will bite," Animal Enforcement Officer Sonja Adams describes the dog involved in the animal cruelty case.

Adams says the couple also had three other dogs removed from the home.

"There wasn't anything wrong with the other three, so they're not being charged for those, but because of the way that the cruelty act works, we have to remove all of them," said Adams.

If you have an animal that needs care and you are not able to afford it, you can call the Macon-Bibb County Animal Welfare or the Bibb County Sheriff's Office Animal Enforcement. Adams says if you don't, you could face a misdemeanor or a felony depending on the case.

"There are a bunch of different vets in town. Some of them take payment plans. Some of them will take pity on you and may euthanize the animal for free because they don't want the animal to suffer," said Adams.

In other cases, Adams says animal enforcement will accept responsibility for the dog or partner with rescue groups to step in and care for the pet. She says it's ultimately the owners responsibility to make sure the pet gets the treatment it needs.

"There's an expense and there's a responsibility and, unfortunately, saying, 'I don't have the money' is not an excuse and it can and will land you in jail," said Adams.

The Heart of Georgia Humane Society suggests applying for financial aid through groups like Red Rover. It's an organization that gives aid to low-income families or survivors of domestic violence.

The society also suggests taking your pet to a vet school in the area. Medical students usually run clinics at lower costs.

RELATED: Firefighters get creative to help save homeless dogs all over Georgia

RELATED: A veteran needed help for his dog, and a community came to his rescue