'It can definitely get chaotic at times:' Pedestrian safety a concern on GCSU campus

On Georgia College and State University’s campus, campus police are located on Hancock and Liberty Streets, some of the more busier roads around town 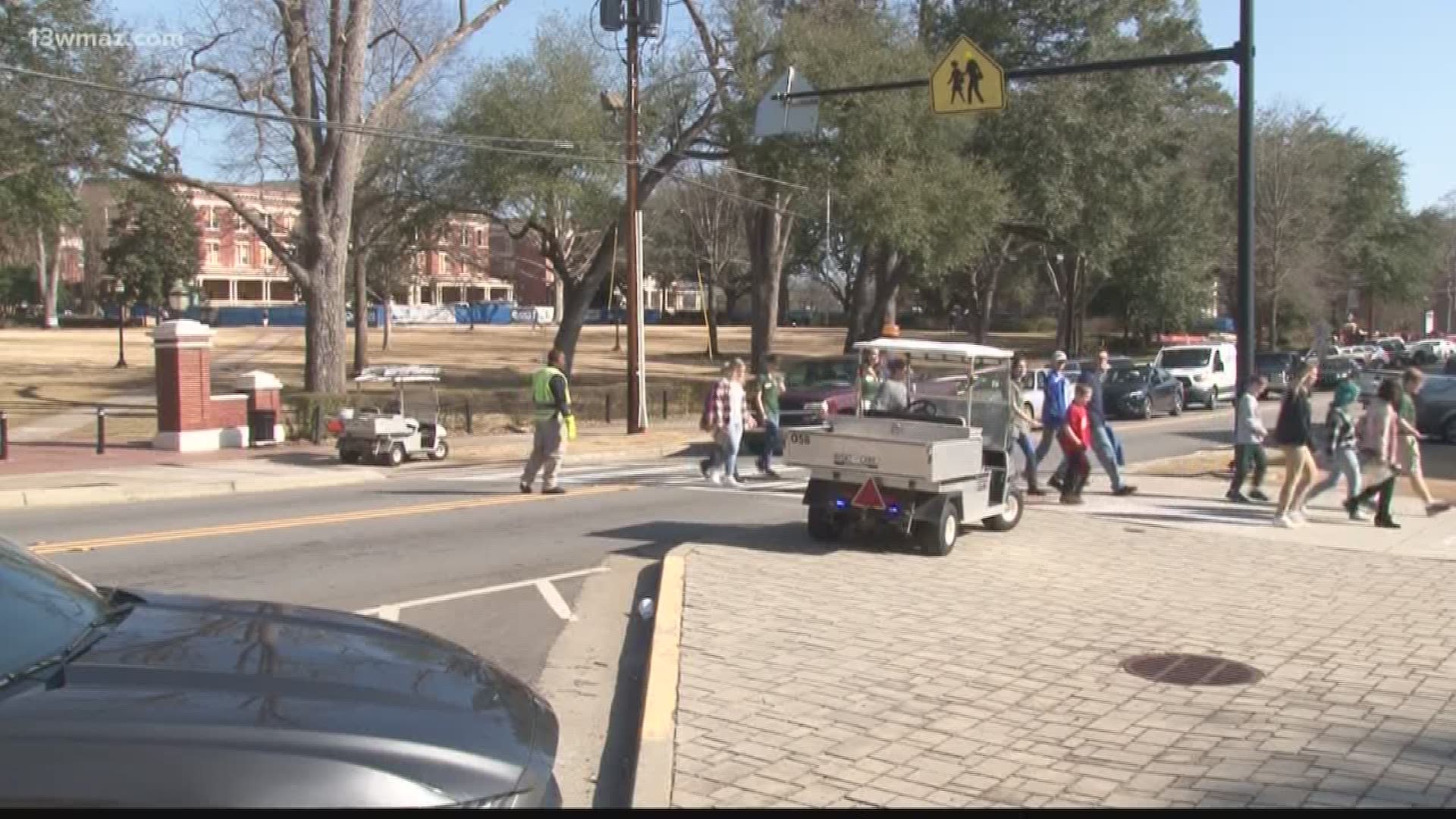 MILLEDGEVILLE, Ga. — After the death of a Georgia Military College student as he was riding a bike through Georgia College's campus on Monday, 13WMAZ wanted to take a closer look at ways Milledgeville has changed to accommodate the increase of students and pedestrians downtown.

Walking to and from class becomes a busy time or college campuses. When walking through busy intersections, it can sometimes become a safety issue.

The trek to class may involve crossing several streets during the commute, and for being college students it’s easy to get distracted.

"Students are only concerned about getting home or getting to class on time, so it can definitely get chaotic at times," says Georgia College student, Logan Bouchillon.

Just because you look both ways before crossing doesn’t mean others are doing the same.

Bouchillon says, "There are times where people do not stop at all, so, ultimately, I will wait 100 percent to make sure no cars are coming at all."

On Georgia College and State University’s campus, campus police are located on Hancock and Liberty Streets, some of the more busier roads around town. During early morning and afternoon rush hours, an officer is stationed at Montgomery and Liberty crosswalk. However, some crosswalks on campus don’t have help from campus police.

"The ones on the outside of the campus are just not well-marked, if so, there’s not much regard for them."

Since the start of this semester, officers started patrolling on campus to check for pedestrian and bicyclist violations. They also help educate students on the laws and ways to stay safe, something that students want to see more of.

"Raising awareness for it, I think, would be a really great thing to do, but I do think it’s a problem that needs to be addressed."

Campus police want to remind people to always follow signs and signals for crosswalk, and, of course, always look both ways before crossing for any oncoming traffic.

Officers also conduct training sessions in residence halls for anyone wanting to learn more about pedestrian and bicycle safety.