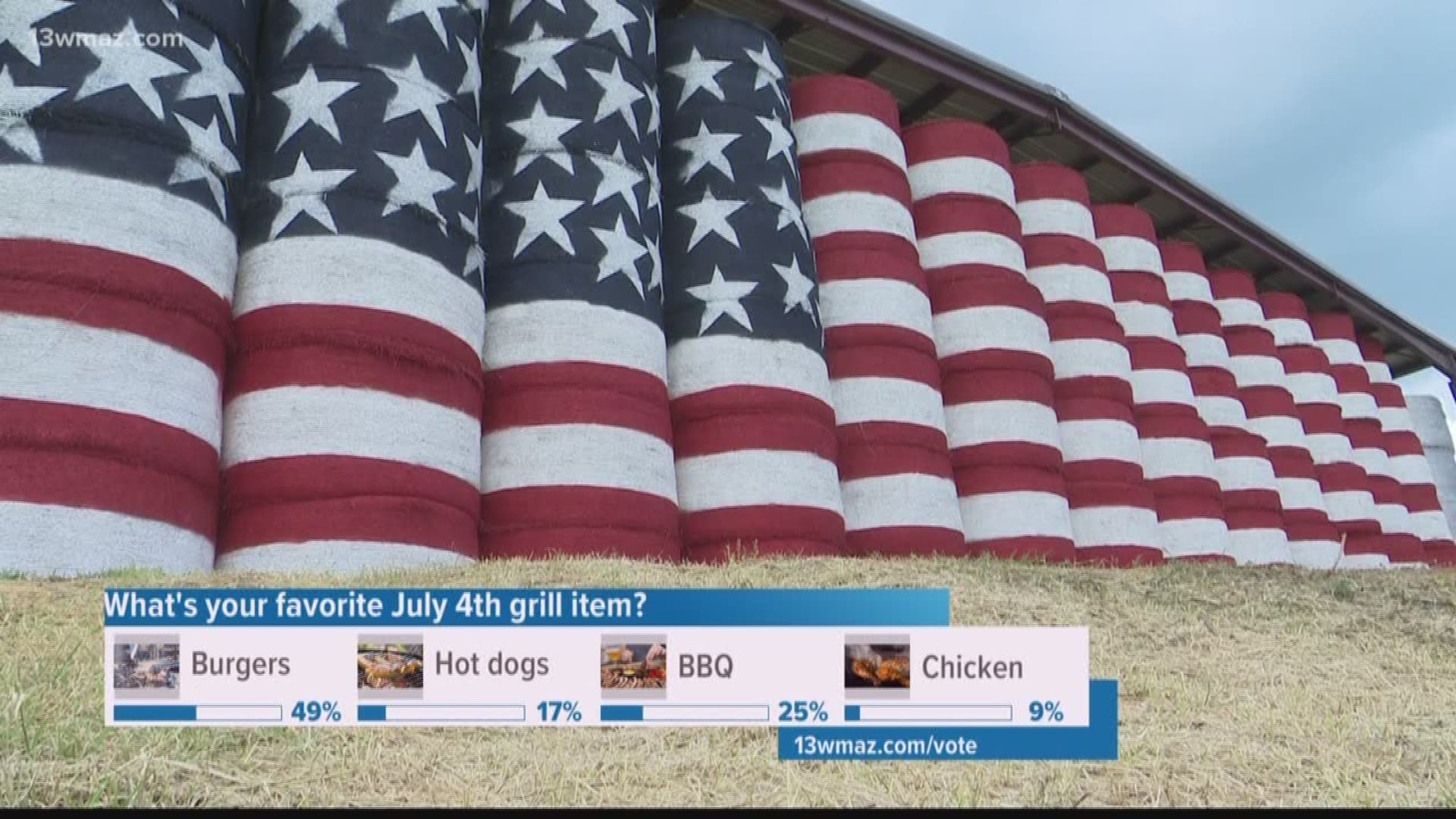 JOHNSON COUNTY, Ga. — Tucked in the corner of Johnson County on a stretch of Highway 319 where the stars and stripes flank the asphalt, one flag stands taller than the rest.

"God bless America," said William Sumner as he turned to look at it -- a massive American flag painted on straw bales at Sumner's MidWay Straw Company. It's the size of a barn and seemingly weighs as much.

But he says the idea started on a whim. He floated the idea to some of his employees earlier this week. "They said, 'Well, yeah. You get the paint and we'll do it,'" he said.

With that, the crew got to work. For two days, they moved, stacked, and painted nearly 75,000 pounds of straw.

They used 20-foot scaffolding and worked methodically. "We just started at the bottom or the top [and] up and down with it," said Jimmie Barlow.

The team's goal? Sumner said it was "to let America and our servicemen and women know that small-town America is behind them 100%."

Servicemen like 14-year Army veteran Fred Daily were on his mind.

While fighting in Vietnam, he kept an American flag over his bed. Decades later, this flag brings back the same feelings.

"Hope, peace, freedom," he said. "The American flag stands for a lot of things."

But maybe most of all, Daily says it means the memory of their service isn't kept in the dark.

"You can't put words on it," he said. "It's just undescribable and it comes from the heart."

Gazing on the flag, Sumner just hoped his work would have an impact. "It's not near enough as I can thank them, but maybe they'll take it that way," he said."

For Daily, it did.

RELATED: 'We all stand together:' Veterans at Dublin VA talk about Independence Day