'It gives me a lot of joy:' Macon aviation camp prepares kids for the future 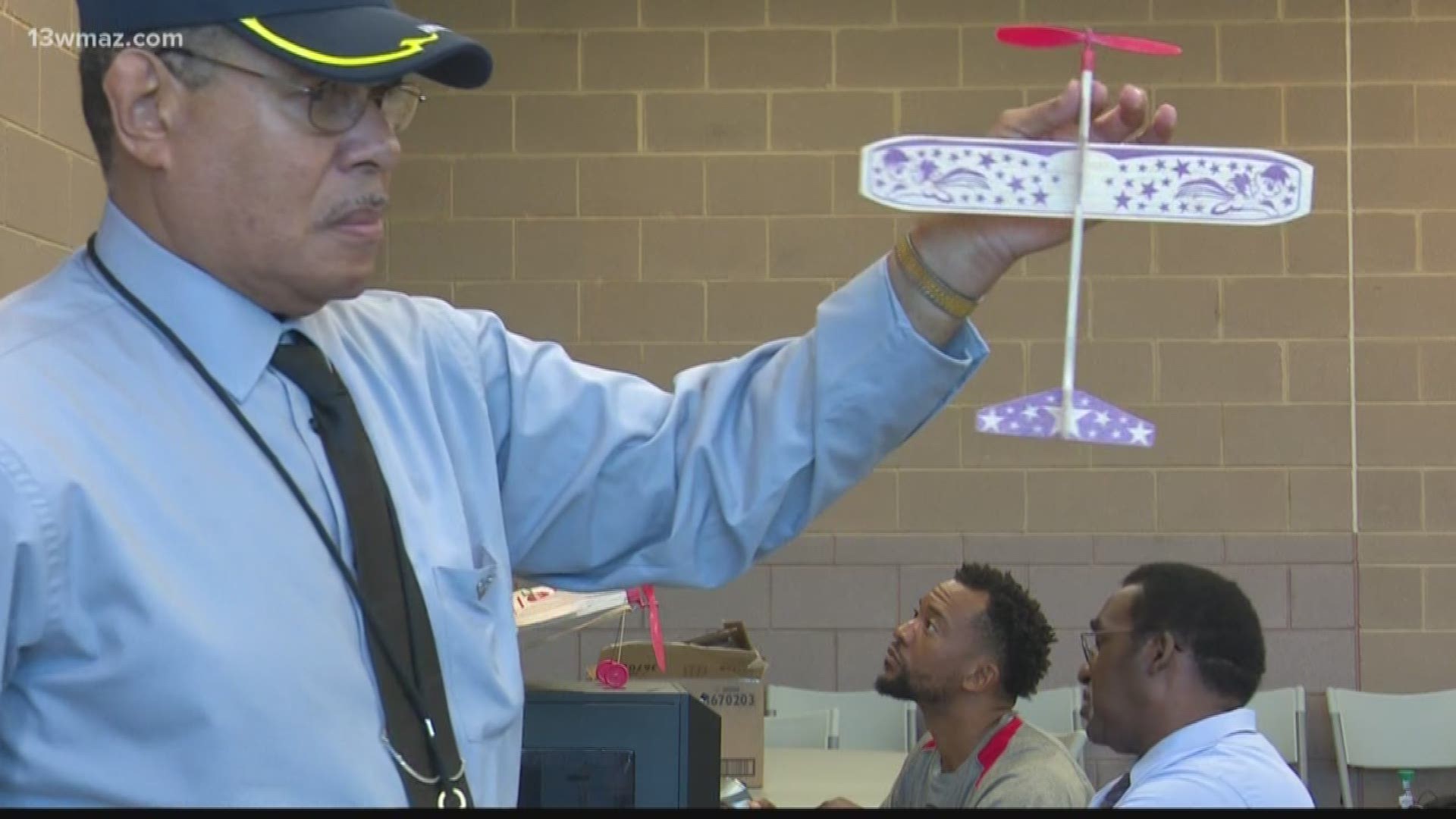 More than a dozen Central Georgia kids spent their Monday learning about aviation and engineering by building planes and rockets.

It was all thanks to the generosity of two former Air Force members, who are paying for the entire camp out of their own pockets.

Zernial Bogan started the "Space is the Place" camp last year with his friend Joe Aaron.

"We're just happy to be out here doing it. It gives us joy. It gives me a lot of joy," said Bogan.

The campers spent Monday at the at the South Bibb Recreation Center building airplanes and launching rockets.

They said Tuesday's plan is to fly a drone and use a flight simulator.

Bogan said he and Aaron are doing this because it is so important to educate kids on what careers are out there and put them on the right track.

"They can at least have a hands-on feel of what it means to get into society and start building a career in any field they get into," Bogan said.

Bogan said they want to teach these kids at a young age about discipline and safety. He said he loves doing this because he feels like they are planting a seed.

"To have a child wasted in today's day with the shooting and everything else that is going on, if the village doesn't get together and make things more educational for our children, we're going to lose them," he said.

12-year-old Jayden Strange says this has been a fun way to spend a few days of his summer.

"The camp is amazing. It is awesome. Commander Bogan is a great teacher," Strange said.

Bogan said they just want to give the kids something to look forward to and they hope the camp continues to grow.

Both Bogan and Aaron were in the Air Force and they say they want to, not only prepare the kids for their future, but to pass along their love of flying.