After a Macon woman shared pictures showing sewage and feces outside at the Green Meadows Townhouses, we asked the county what can be done. 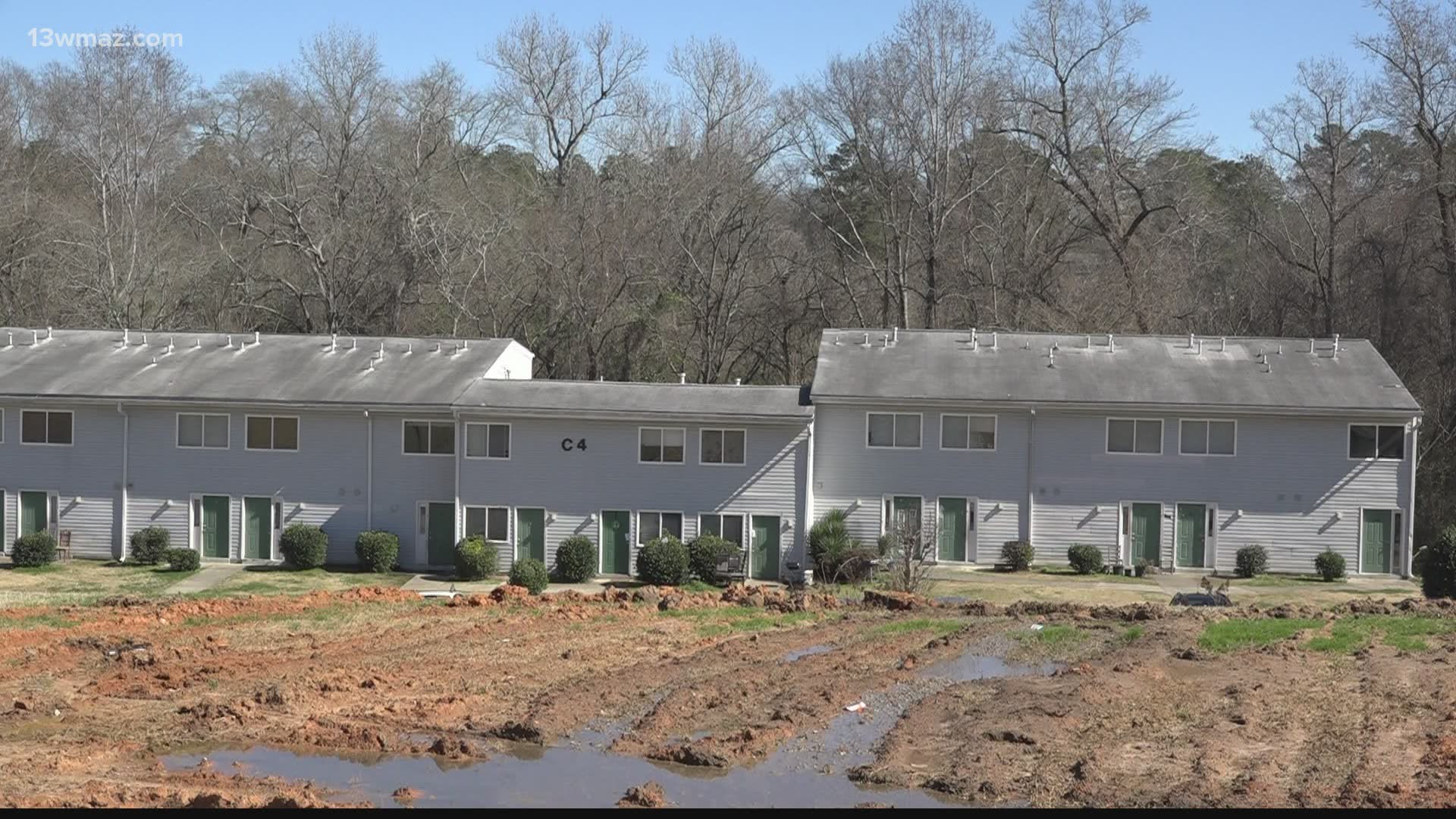 MACON, Ga. — For the last three months, Shaquanda Alexander says she hasn't been able to let her three young kids play outside. It's all because of a recurring sewage issue right outside of her door at Green Meadows Townhouses.

"I've had several issues. I've had heat, air -- I really didn't have any plumbing issues until now," she says.

Alexander says the grassy area outside is now bubbling up with sewage and it leaks onto the walkway. She says the smell is unbearable at times.

"Every time you flush the toilet, it overflows. Come out the house, it's a bad odor. I got three children, one of them is an infant, and it stinks real bad," says Alexander.

She says she and her neighbors have made multiple calls to property manager and the health department.

She says management hired a plumber more than once, but the problems continued.

On Tuesday afternoon, the calls to the county paid off and a code enforcement officer visited the complex.

"You can smell this, this is not good -- they got it on the sidewalk," says county code enforcement officer Scott Dibble.

Dibble says a full report will need to be written up, but there are several clear code violations at first glance.

"We have a sanitation code that's being violated and a sanitary code. So the sanitation refers to the overall cleanliness of the property. The sanitary code refers to the actual distribution of sewage from a building or a facility, he says. "Then you have an overall health and life safety issue here."

Over the phone, the property's assistant manager Lisa Stroud says the plumber tells her the main problem is residents flushing baby wipes down the toilet.

Dibble says whatever the reason, it needs to be resolved.

"They'll have to appear in court and explain why this is happening and why this hasn't been taken care of up to this point," he says.

Dibble says the complex could be served with a list of code violations by the end of the week.

Assistant manager Stroud says they planned to have this fixed last week, but it was postponed by the plumbers because of all the rain.

She says they now plan to fix it this week instead.

Alexander did confirm that plumbers made it out there this afternoon to begin.

Code enforcement says the problem must be completely fixed, or else the property management could face a series of fines and court dates.