'It was a leap of faith:' Warner Robins Gym flies South Korean artist to the U.S.

Southpaw Fitness posted in an artist community group on Facebook and graffiti artist, Jong Bae Lee, took them up on their offer 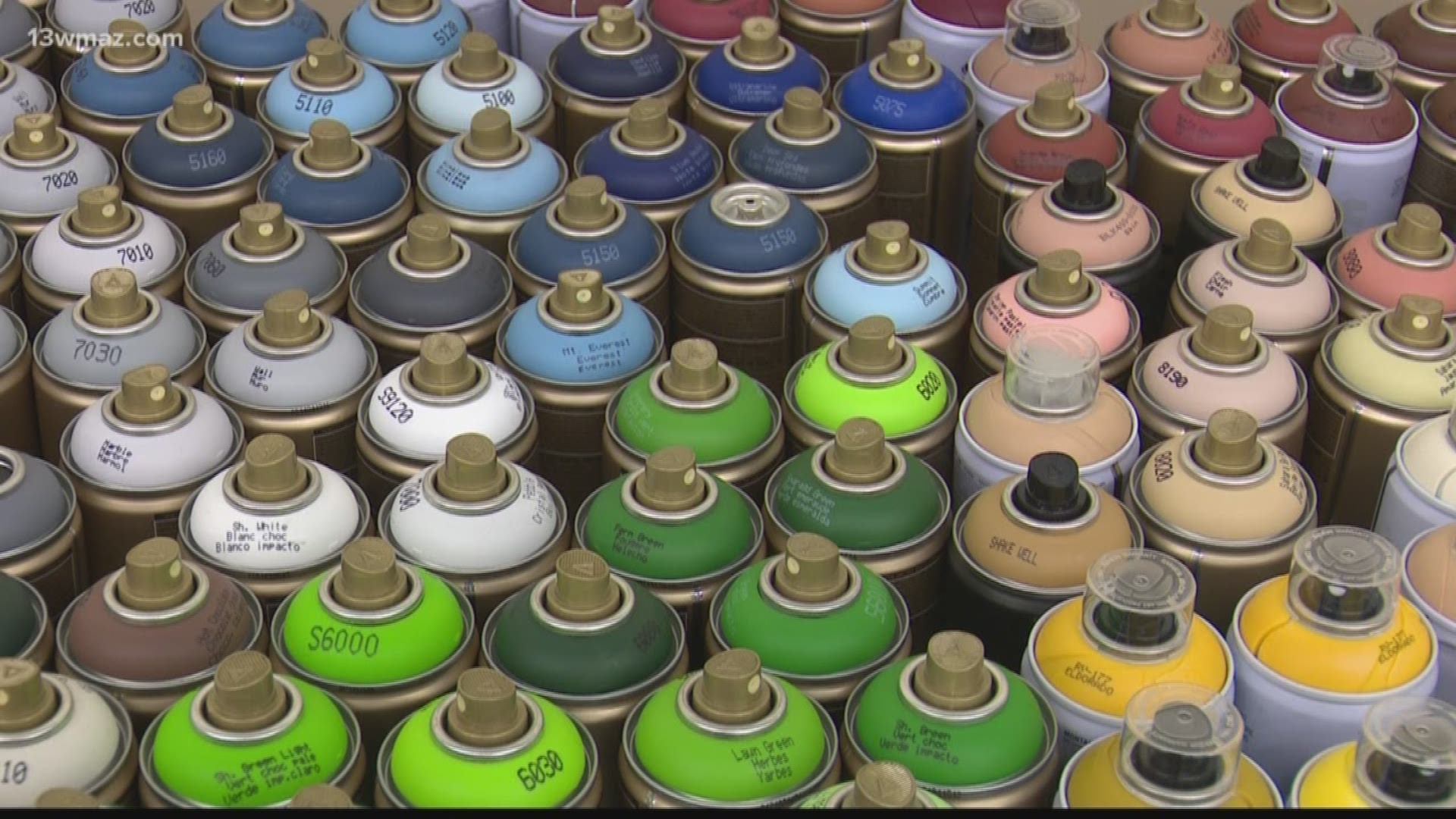 WARNER ROBINS, Ga. — A Warner Robins gym took a leap of faith when they flew a graffiti artist over from South Korea to give their building a makeover.

Emiliya Radford and her husband Josh spent months looking for an artist to paint the inside of their gym, Southpaw Fitness.

Radford said everyone they reached out to was either not interested or it was too expensive, so they decided to post in an artist community group on Facebook.

Jong Bae Lee responded saying he would do it, but there was just one problem -- he lives in South Korea.

"We were trying to see, you know, is this real? Because you know finding pictures online and people online is tricky these days," Radford said.

Lee has a friend who lives in Atlanta, so the couple drove to meet him. Once they decided Lee was the real deal, they booked a plane ticket to Georgia.

It's Lee's first time in the United States.

"I always wanted to come to America, because this is where the street art movement really originated from," Lee said.

The 42-year-old graffiti artist has been painting since 1999, and he goes by the name Staz Graffiti.

"I was break-dancing at a hip-hop festival, and there was an American dance crew there who featured a graffiti artist in the performance," said Lee.

Lee freehands all of his work. They bought over 200 bottles of spray paint for the entire project.

"He just saw Muhammed Ali on his phone, and the next thing you know, he's there doing it," Radford said.

She said it only took him six hours to finish the first wall.

Radford said when Lee finishes on July 19, the gym will look completely different, especially with a new mural on the outside wall.

"We took a leap of faith, and we wanted to add to someone's career and help them out, you know, show their talent in the states and you know, they're helping our facility, you know, pop out quite well," Radford said.

Radford said they decided to have all of these images painted in their gym on North Houston Road to encourage people to work out harder and to be inspired by some of the greats, like Muhammed Ali.

You can find out more about Southpaw Fitness here.

RELATED: 7-year-old with autism dies after being hit by car on Highway 247