'It was quite stressful': Texas storm left Warner Robins woman trapped for days

As Texas continues to recover in the aftermath of the deadly winter storms, one Houston County woman says the weather left her trapped for days 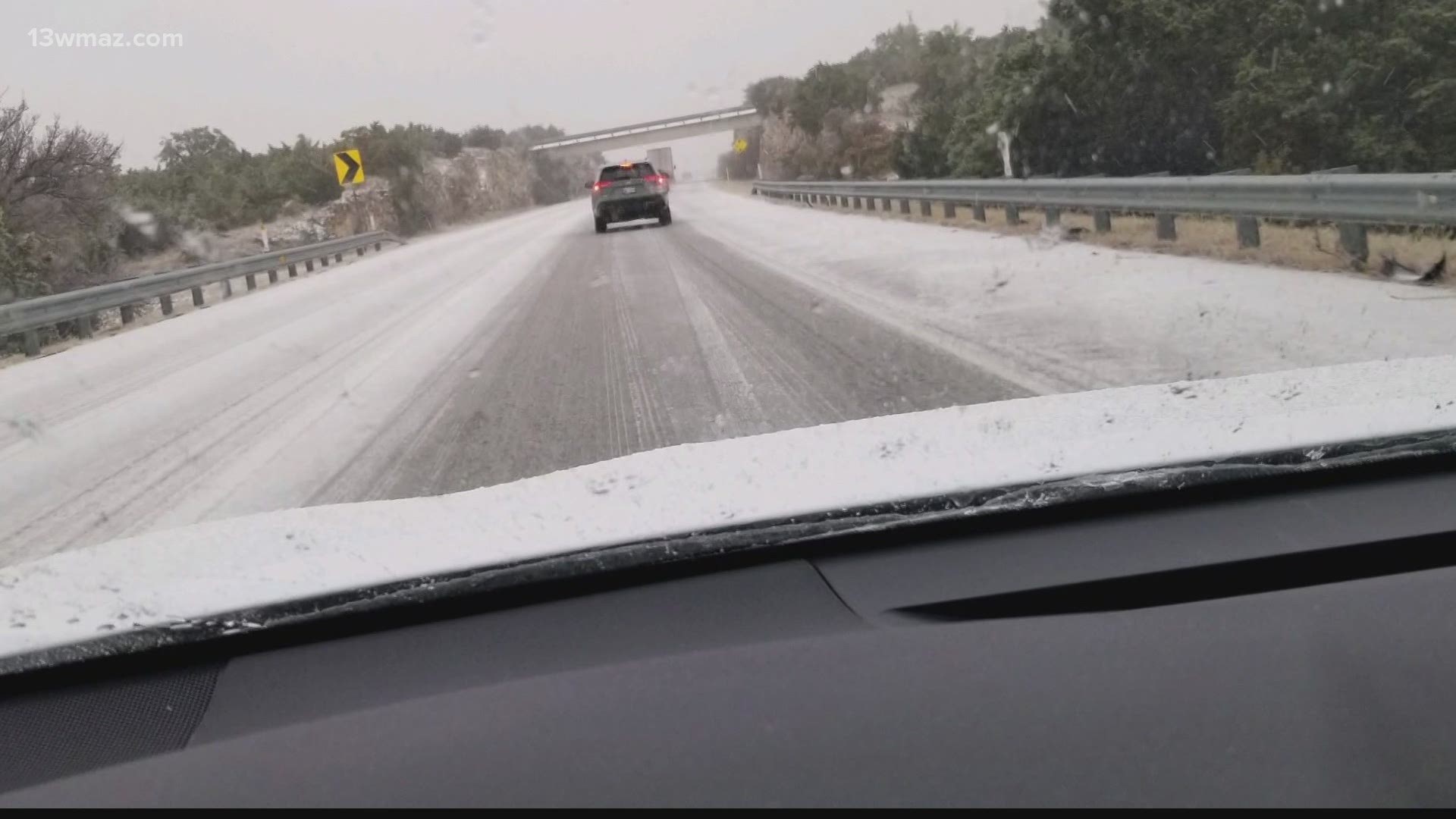 WARNER ROBINS, Ga. — As Texas continues to recover in the aftermath of the deadly winter storms, one Houston County woman says the weather left her trapped for days.

The second week of February was supposed to be special for Neecie Selby. She took a trip to San Angelo, Texas.

"I flew out to Texas on the 8th of February to visit my father-in-law and drive him to San Antonio to visit his wife's grave," said Selby.

Selby was also celebrating her 60th birthday, but very soon, that trip turned into something unforeseen.

"We never expected it to be a blizzard conditions for two days, and then, no water for a week," she said.

A trip that was scheduled to last 6 days turned into 13. She says she didn't bring enough clothes and almost ran out of her medication.

Along with no water for a week, her power went out twice, and temperatures were freezing.

"It was it was quite nerve-wracking and a little anxious -- I didn't sleep a whole lot because the whole time, you're wondering, 'Is the power going to go back out? It's going to get cold in here.' You know, there's that -- it was quite stressful."

Selby says when she learned the storm was coming, she filled up the bathtub with water before the water went out. When the power was out, they had to eat cold food.

"We had cold beans out of a can -- my father-in-law had food to eat, but he didn't have power to cook it, so we couldn't heat anything."

Selby even spent one night in the Dallas airport then finally got a flight back to Atlanta on February 20.

"I ended up using an additional week's worth of vacation from my job and barely got home in time for my grandson's birthday on Saturday, so I was glad of that," she said.

Selby says although the trip was nerve-wracking, she's glad she was able to be with her 90-year-old father-in-law to make sure he was safe.