9-year-old Caleb Simpson returned home to his family after going missing for 5 hours. 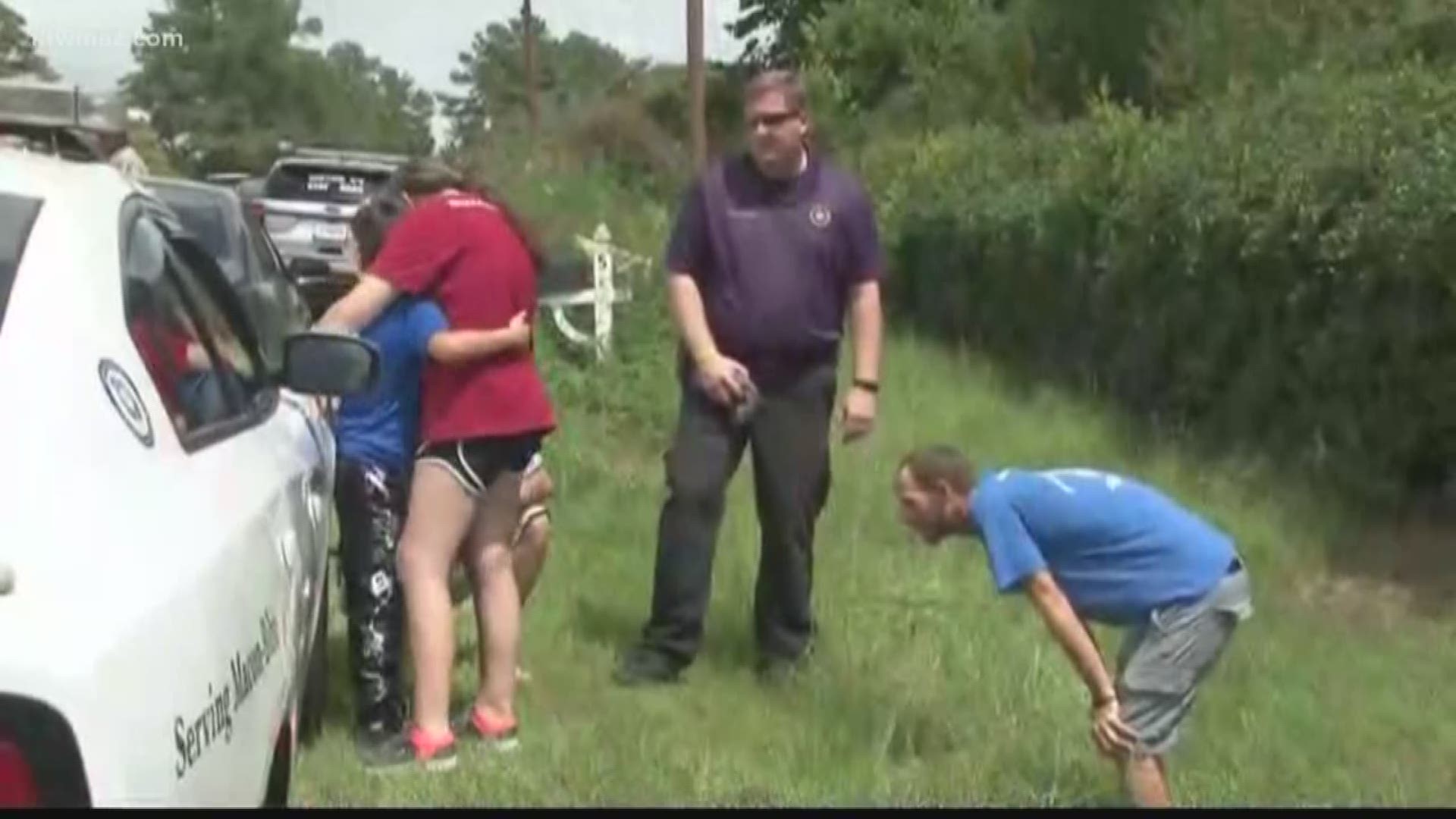 LIZELLA, Ga. — A Lizella family had an emotional day on Tuesday when 9-year-old-Caleb Simpson went missing.

It all started around 8 a.m. Tuesday morning when Caleb’s mother Casey Martin reported her son missing from his Lizella home.

Martin says Caleb went to skateboard in the yard, but when she checked on him, he was missing. She called the Bibb County Sheriff’s Office, who tried to use dogs and drones to track down the boy.

The FBI, GBI, Georgia State Patrol, and the Georgia Department of Corrections for all helped in locating Caleb.

Ultimately, one of their neighbors reported hearing noises in their backyard. That’s when Deputy Rodrick Smathers and an FBI agent found Caleb hiding in the bushes.

"I just grabbed onto him and said, 'We're going to take you home to your mama,'" said Smathers.

"When you got everyone working together to actually find something, that could have been serious, it’s a good day. It's a good day that we found someone missing and we know he’s not in danger," said Smathers.

The reunion between this mother and son pair back together again is what law enforcement says is the outcome they hoped for.

The Bibb County Sheriff's Office says it’s an ongoing investigation. They’ve yet to determine what made the boy run away at this time.

RELATED: 10-year-old girl with autism reunited with her mom after being missing overnight