April Rogers is a senior on the cross country and track teams. 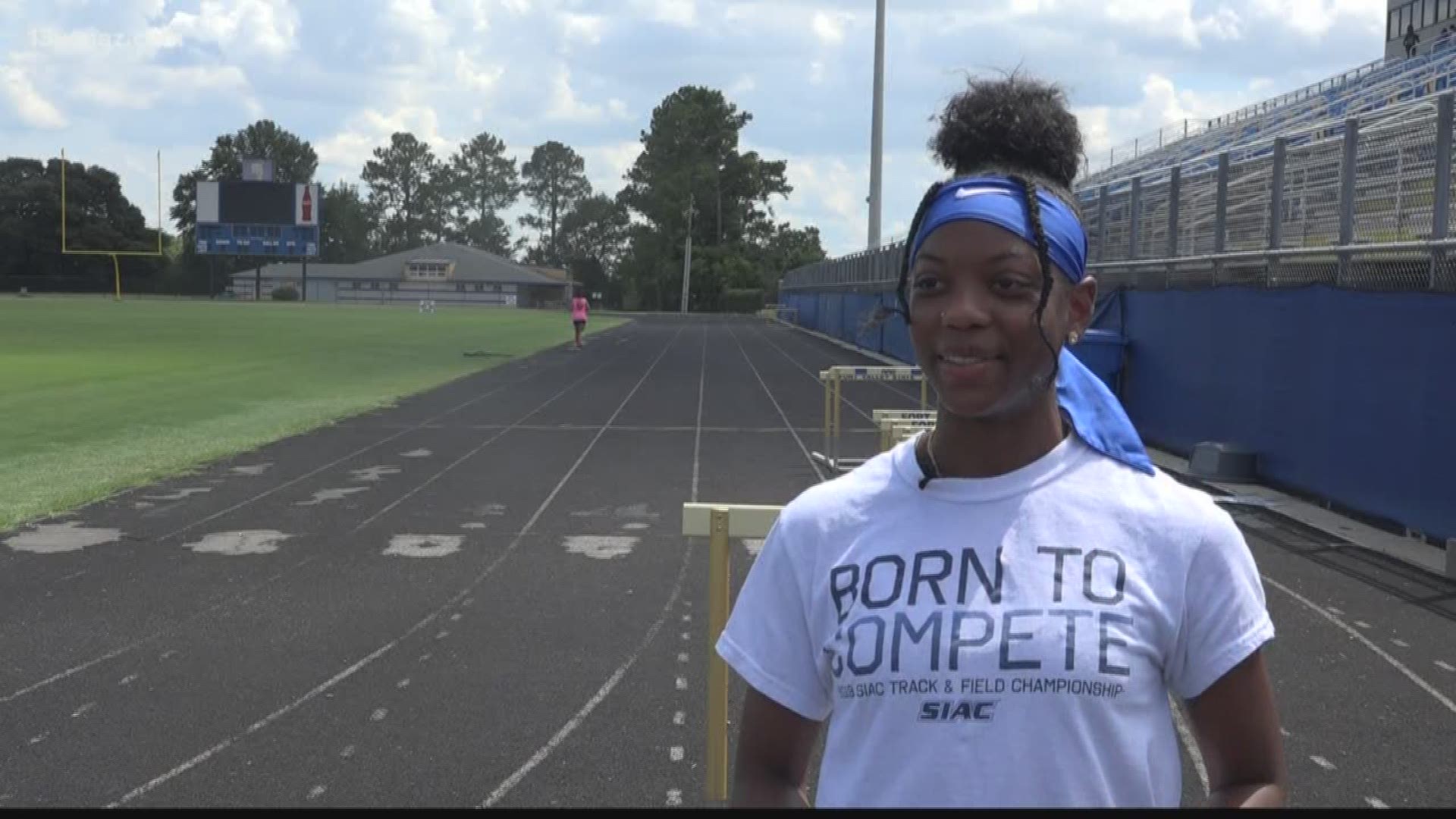 FORT VALLEY, Ga. — Growing up, April Rogers says she was always one of the fastest kids on the playground.

"I started running track in eighth grade. I'm an Army brat, so a lot of schools didn't have sports in middle school, but in eighth grade, they made a track team, and I went out there and tried out for it," Rogers said.

RELATED: This 10-year-old triathlete from Warner Robins is nationally ranked

When she joined the track team, she wanted to try all the events.

"I first started with the 100 meter and 200 meter, those being my primary ones. I also did long jump, but in eighth grade, I wasn't good at it, so my coach was like, 'Nope, we're not putting her in that anymore,'" Rogers said.

She tried again in high school, and now, she competes in all three events in college.

She's heading into her final cross country and track seasons, and she is one of the 100 Women in Gold scholarship recipients.

Rogers is not only thankful to receive this scholarship money, but she had the chance to meet and introduce track legend and former Olympian Carmelita Jeter at the award banquet on Saturday afternoon.

Jeter competed in the 2012 Summer Olympics in London. She's a member of the world record-breaking 4x100 meter team that won the gold medal.

But when she first started, Jeter was in the same boat as Rogers -- a late bloomer.

"For some runners, you'd consider me being late. Most athletes start running when they're seven or eight, I didn't start until I was 14, but mostly just because someone else saw that I was super talented in running and wanted me to go ahead and try it," Jeter said.

For Jeter, it's a chance to tell these athletes that they can achieve anything, even winning an Olympic gold medal or breaking a world record.

"Think of the highest accolade you've ever achieved, whether it's having your first child or getting married or graduating college, and then you can kind of understand how we felt breaking the world record," Jeter said.

100 Women in Gold started at Fort Valley State University back in 2010 and honors and empowers women athletes.