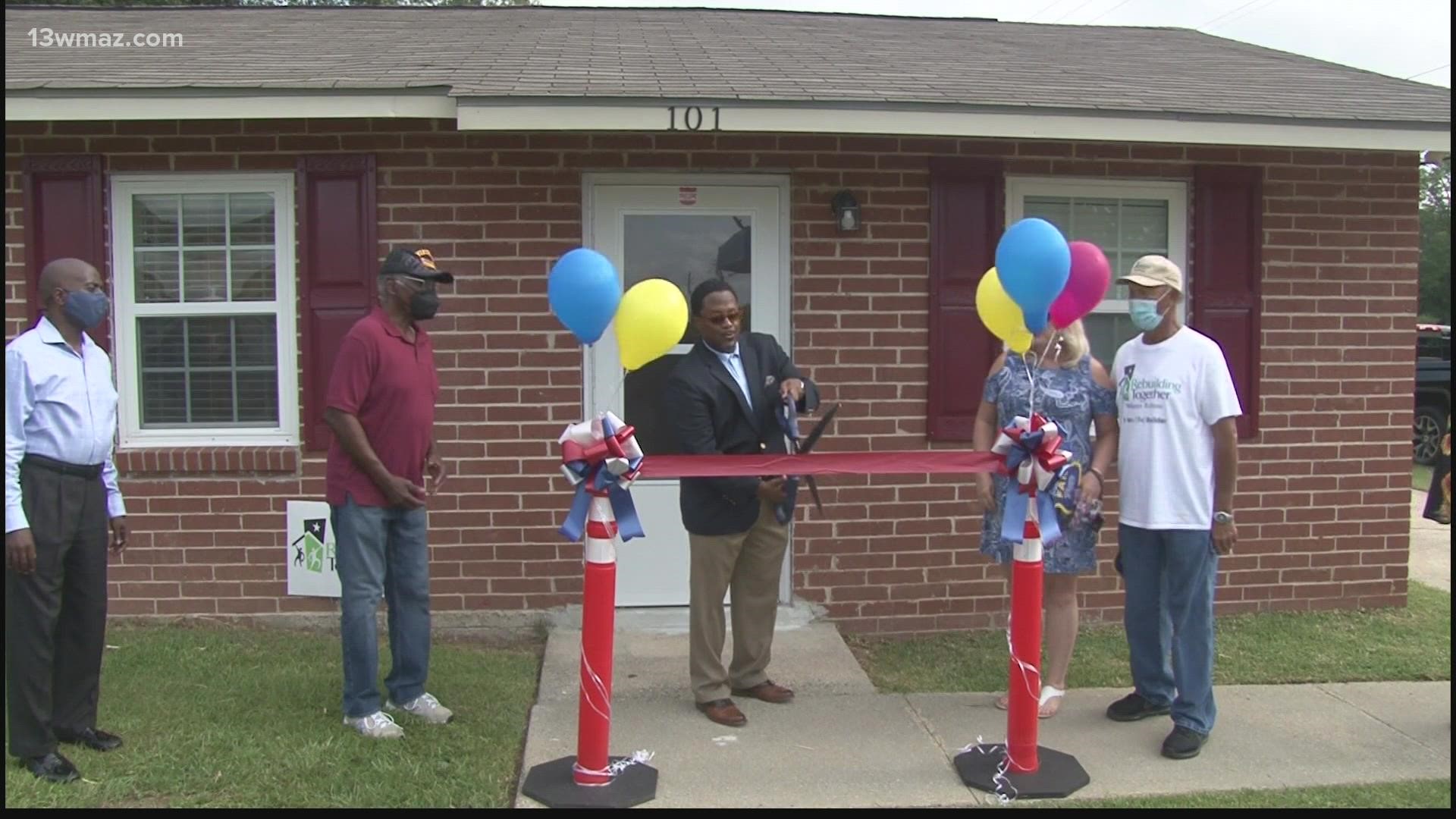 WARNER ROBINS, Ga. — Here's an update to a story we first shared with you in May -- House of Promise 1 is now complete.

This project was a joint effort among Union Grove Missionary Baptist Church.. Rebuilding Together for renovations and the city. Their goal is to help families struggling to find a home of their own. On Friday 27-year-old Brandi Hurst and her two kids will move into the house.

“I fell in love, because I could just see us in here, me and my kids. Yeah, I fell in love with it. It's beautiful,” said Hurst.

Thursday was full of smiles and cheer. It's a three bedroom, one bathroom house on Driftwood Terrace in Warner Robins. Hurst says finding a house has been a struggle.

“With the pandemic, it's harder to find places to live, and then people are getting evicted because they can't work, and then I wasn't working enough because of the pandemic, and then I had a baby, so as a lot of stuff going on during last year, that played a part,” said Hurst.

Union Grove Missionary Baptist Church partnered with Rebuilding Together for renovations. The city of Warner Robins granted them $28,000 for the project. Hurst will live here for one year until transitioning to home ownership.

Union Grove Pastor David Clarke says this project is under their ‘HOPE’ initiative.

“The process doesn't stop here with her moving in, but the support and the empowerment and necessary knowledge she needs so that she can transition from renting to owning. We're going to make that happen,” said Clarke.

“I thank y'all for everything that you've done, I thank you for the opportunity, and all the opportunities for everybody else to come after me I'm just really appreciative. I'm excited. I really am. It's hard to contain it right now,” said Hurst.

Pastor Clarke says they hope the house will help at least 20 families over the next few years.