One accident killed a woman 10 days ago and sent one person to the hospital Wednesday. 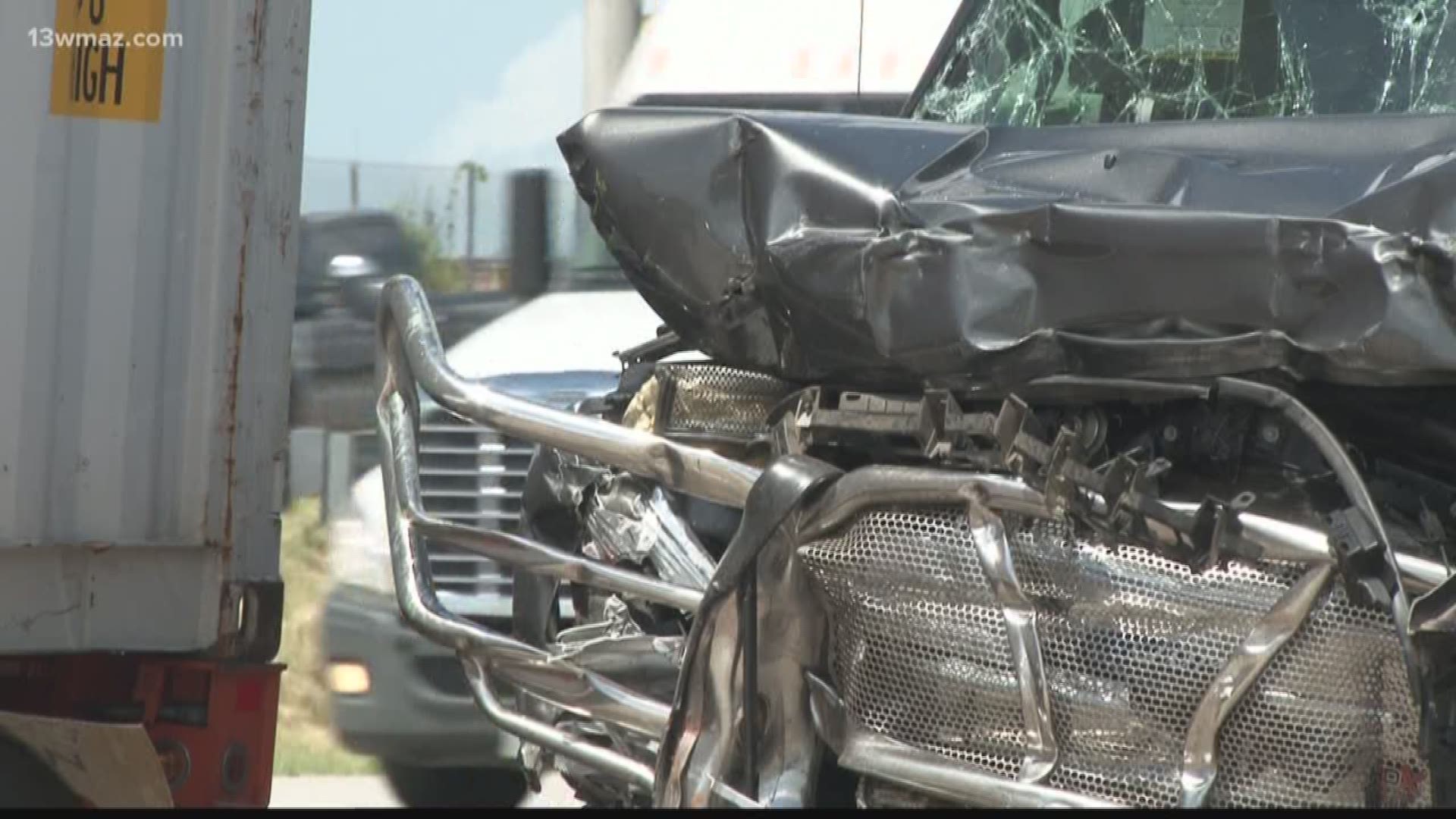 MACON, Ga. — For the second time this month, a loose truck tire caused an accident in Central Georgia. One person ended up in the hospital Wednesday afternoon after Georgia State Patrol says a tire fell off a tractor trailer. That caused two accidents involving three cars on I-75 southbound near Hartley Bridge Road.

Grady travels on the highway every day to get to work and says these types of accidents make him feel uneasy.

"It only takes once for it to be a problem, and then if it's a casualty is involved, that's a big problem," said Grady.

That was the case 10 days ago. A similar accident happened on I-75 right before Byron where a semi-truck lost two tires. They bounced across several lanes before smashing through a windshield, killing 36-year-old Jennifer Thomas instantly.

"What are the odds of being in that exact place at that exact time when the tire comes loose and comes down in that exact spot?" said Peach County Sheriff Terry Deese in an interview with 13WMAZ's Zach Merchant days after the accident.

"It just tells me that I need to continue to be more careful and it causes me to be more alert whenever I'm around big trucks now since this has happened," said Grady.

Georgia State Patrol says one person was sent to the hospital in the accident Wednesday, but no one else was injured. GSP says they're inspecting the tractor trailer to see why the tire fell off.

RELATED: VERIFY: Are all truck tires inspected at weigh stations?

RELATED: 'There is no way to make sense of it:' Gray woman killed after loose tire flies off truck, hits car