It's Hispanic Heritage Month: Here's how you can celebrate in Central Georgia 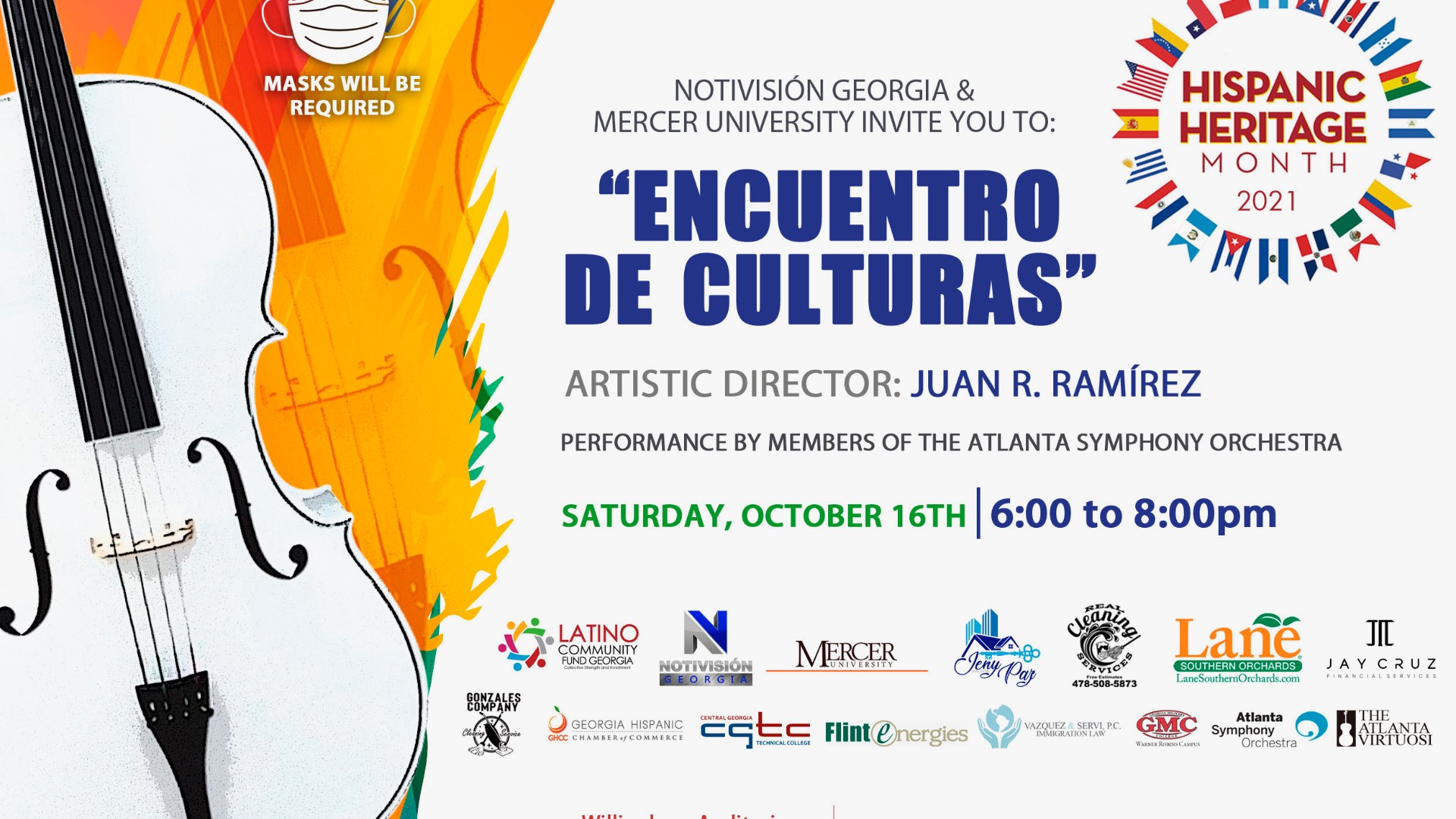 According to HispanicHeritageMonth.gov, the month is to “recognize the achievements and contributions of Hispanic-American champions who have inspired others to achieve success”.

It began as Hispanic Heritage Week in 1968 and was expanded to a full 30-day celebration by President Ronald Reagan in 1988.

The celebration starts in the middle of September because it's the anniversary of independence for several Latin American countries, like Costa Rica, El Salvador, Guatemala, Honduras and Nicaragua. Mexico and Chile also celebrate their independence days on Sept 16 and Sept 18, respectively.

Central Georgia will be celebrating by having a concert, Encuentro De Culturas, featuring members of the Atlanta Symphony Orchestra at Mercer University.

The orchestra is headed by artistic director Juan R. Ramirez and will play a series of songs that are emblematic of Hispanic culture.

“We are trying to celebrate our culture with all the people here,” said organizer and anchor at NotiVisión Georgia, Monica Pirela.

She said that celebrating Hispanic Heritage Month is important because it allows people to appreciate the contributions Hispanic people have made in the world.

“It's important to tell the people that we are here to do important things. We have many years living in the United States, and we can do something good, really good,” said Pirela.

The concert is scheduled for Saturday, Oct. 16 from 6-8 p.m. in Mercer's Willingham Auditorium. The event is free and open to the public.

The wait is over: Culver's opens in old Metro Diner location on Northside Drive

From neighbors to stars of the stage: Macon Pride plans Broadway-themed cabaret show