The first 13 houses are finished on Vickie Drive, and pretty soon, the city will break ground on 120 more. 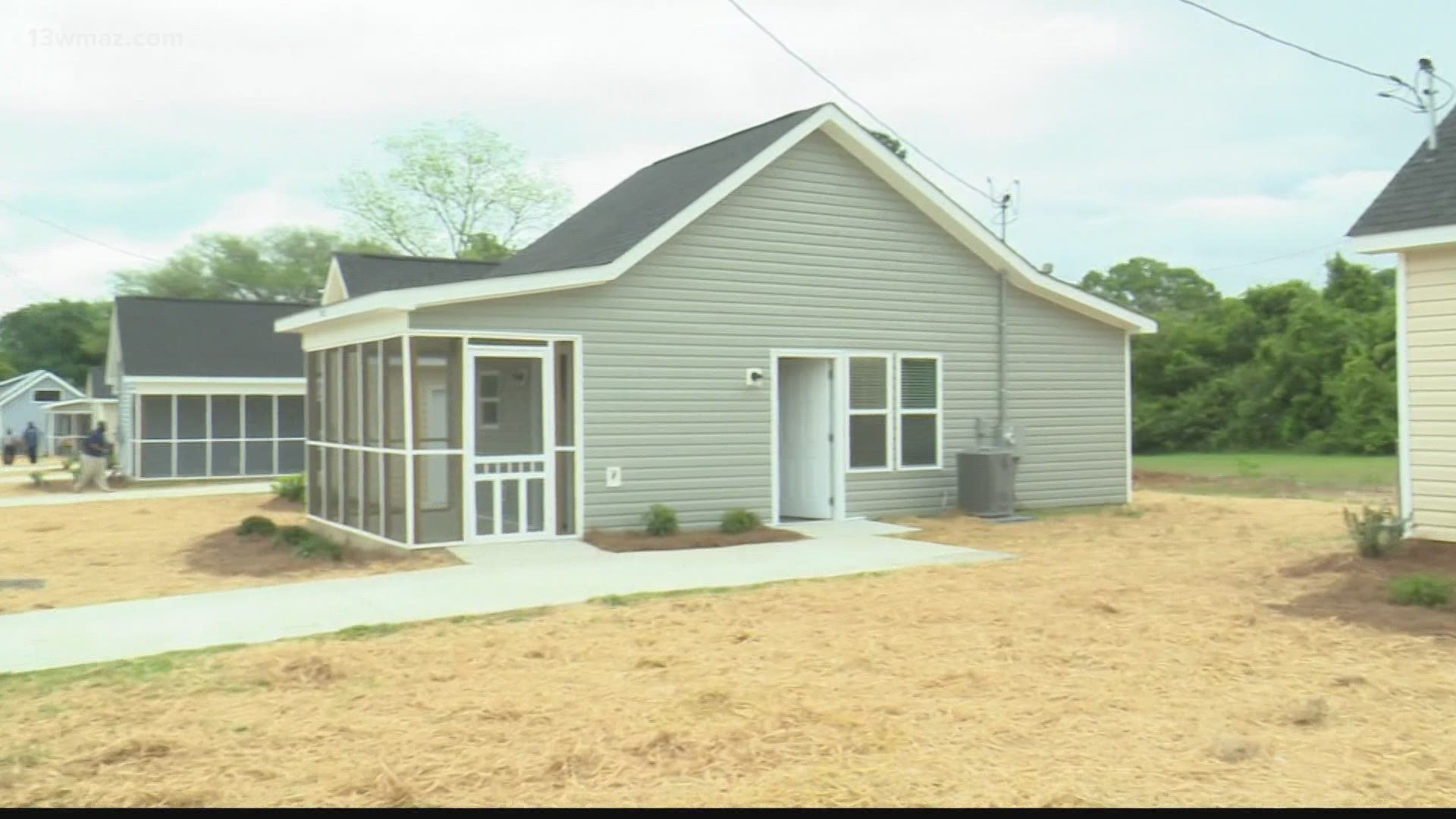 13WMAZ first told you about this project back in 2019, but sewer and drainage problems caused delays.

Now, there are 13 tiny homes sitting off North Davis Drive.

"I think I could live in one. I think they're magnificent," says Community Development Director Sherri Windham.

The houses will be for veterans and seniors to rent, and Housing Authority Director Sheryl Frazier says they already have a long list of people wanting to move in.

Windham says when Frazier first approached her about the project, she got to work.

"I said, 'that is wonderful,'" she says. "'But the City of Warner Robins doesn't have a tiny house zoning regulation' and Dr. Frazier said 'Well, you better get one because I'm building it' and I said 'Yes ma'am.'"

The Oscar Thomie homes used to sit on the property before they were torn down in 2015.

Tiffany Madison, the granddaughter of the civil rights activist, says he would be happy to see what the area is turning into.

"Proud. Very proud to see something that's innovative," she says. "It brings not only dignity to his name, but dignity to our family and to the city of Warner Robins and this community."

She says it's nice to see the north side of Warner Robins getting some attention.

"I grew up here. I live here and it is. This side of town is sometimes forgotten. When you have new developments, people tend to move out to other parts of the town," says Madison. "To see these beautiful tiny homes, it's just beautiful... and bringing beautiful back to a community that some people may feel like it's not."

Frazier says next, they'll break ground later on 120 more tiny homes to fill up the land.

The rent for each of these homes are determined by income.

The Community Development Block Grant paid for the project and the first 13 tiny homes cost $562,000 to build.