'It's not the right timing': Macon-Bibb County and Urban Development Authority terminate deal with developers 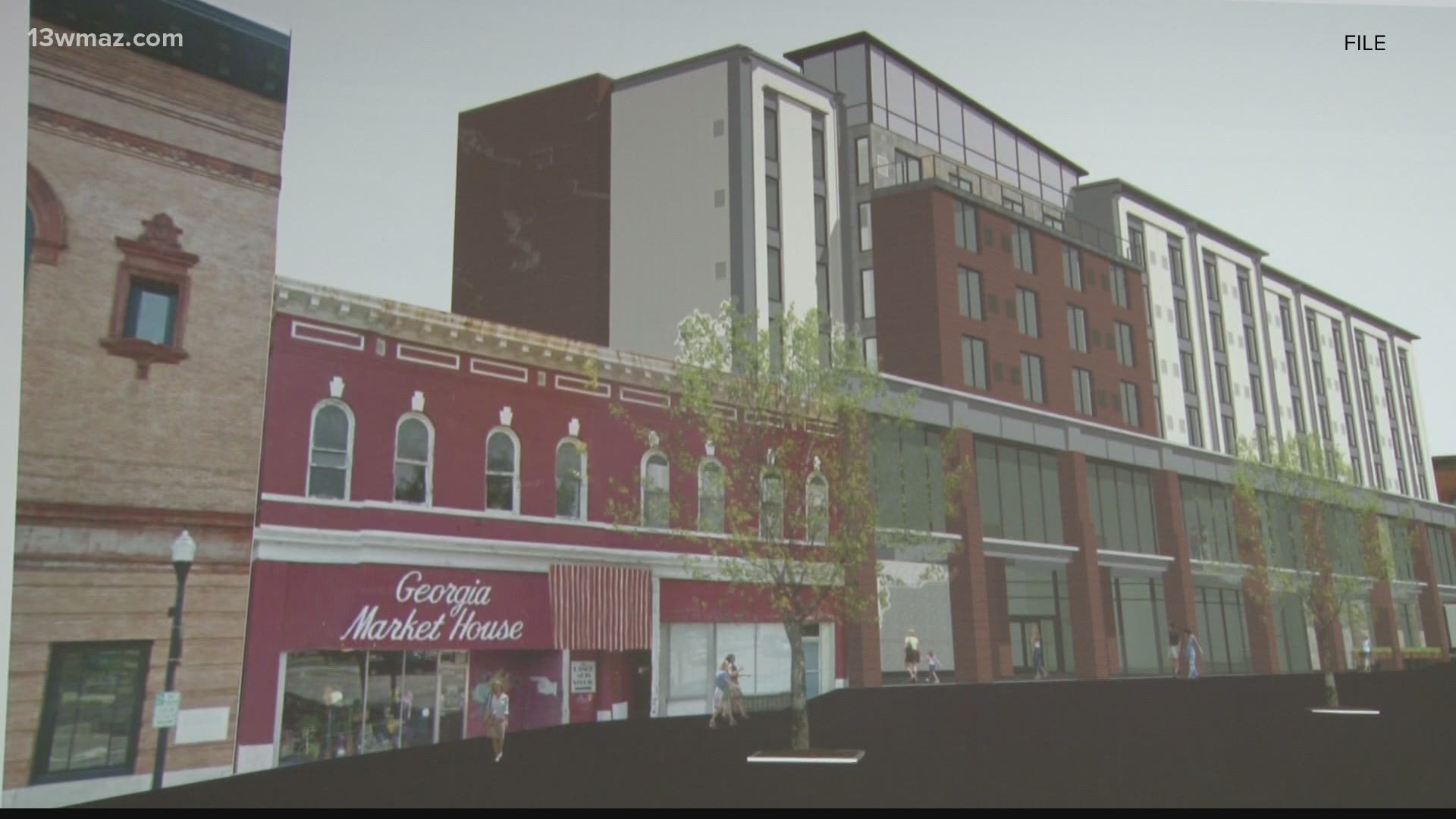 MACON, Ga. — Picture a Hyatt Place hotel, more lofts and two new parking decks. That's what an area of downtown Macon was supposed to be moving towards sooner rather than later.

Macon-Bibb County and the Urban Development Authority have terminated their agreement with developers that would have kicked off redeveloping a chunk of Poplar Street along with property behind the Government Center on Plum Street.

Now, developers and the county are back to the negotiating table since all these new additions were tied up in one deal.

"So, the two parking decks, the lofts, and the hotel were all tied together on that development agreement, so in order to negotiate a new development agreement that just focused on half of the project, we had to terminate the whole agreement," said Alex Morrison, executive director of the county's Urban Development Authority.

The major deal-breaker was concerning the Hyatt Place hotel.

"There are a number of hurdles to get that hotel deal done," Morrison said.

The project hasn't been able to get off the ground partially because of the COVID-19 pandemic and financing.

"The lenders are, even though they have to realize this will pass at some point, it would be really tough to close a construction loan right now for a hotel project," said Tim Thornton, one of the developers.

On top of that, a new Marriott hotel is set to start construction soon just a block away from where the Hyatt Place planned to open.

"It's a similar price range, similar class of hotels, so, yeah, between the pandemic and the other hotel going in, it's not the right timing," Thornton said.

Now, Thornton says they're mainly focusing on developing D.T. Walton Sr. Way with a parking deck and lofts with more than 90 units.

"We anticipate that should everything else come together, funding from the private sector should be available for residential development. That has not really been stifled by COVID," Morrison said.

Thornton says a new hotel in that spot on Poplar is not completely off the table.

"The Hyatt franchise. They are ready to go, they would love to see it happen," Thornton said. "We still hold the franchise rights to it. We think that property is still the highest and best use is for a hotel."

Thornton says that they may revisit the idea of putting a hotel in that spot on Poplar a couple years down the road.

As for the parking deck and lofts that could be built at D.T. Walton, Sr. Way and Plum Street, the developers say they are actively talking to the county and business partners to hopefully reach an agreement.

Thornton says they hope to break ground some time early next year.