'Say a prayer for her:' Ivey community honors 12-year-old Kaitlyn Yozviak with protest and vigil

Organizer Lindsey Veal says she didn't know Kaitlyn personally, but she wanted to find a way to give her a voice 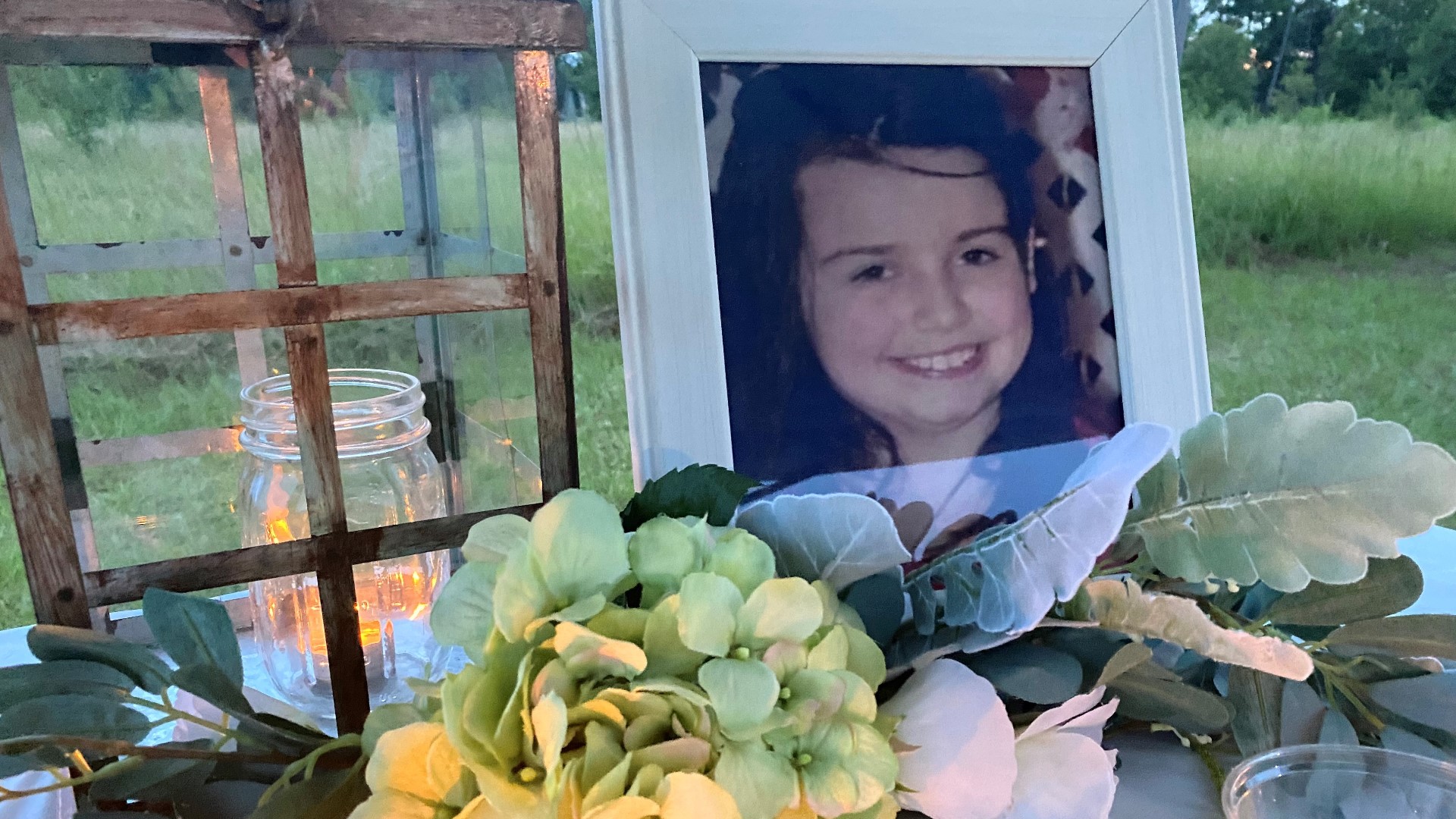 IVEY, Ga. — The town of Ivey came together Sunday night to honor the life of 12-year-old Kaitlyn Yozviak and to protest the Georgia Division of Family and Children Services.

Kaitlyn's mother, Mary Katherine Horton, was arrested on Thursday and is charged with second degree murder and second degree cruelty to children.

According to Special Agent in Charge Mary Chandler, the family has a long history with DFCS in places like Twiggs and Jones County.

Over 70 people gathered to demand an explanation as to why Child Protective Services allowed this to happen to the 12-year-old.

They also questioned if there will be charges for the other adult in the home.

So far, Horton is the only person charged in the case.

Organizer Lindsey Veal says she didn't know Kaitlyn personally, but she wanted to find a way to give her a voice.

"It's wrong. If they didn't want Kaitlyn, they should have given her to somebody that would show her love, care and affection," he said. "It’s heartbreaking to know that you would allow something like this to happen to a child because you’re being careless."

Dale Perazzola says he came out to show his support for two reasons.

"First of all, just bless that young girl's heart with this tragedy and we want to make sure that people know that these things do happen in small communities. Not just large towns or big cities, but it happens right here in our own back yard," he said. "Just everybody say a prayer for her."

The group grew from 50 to 70 when the sun went down to honor Kaitlyn's life with music and a prayer.

"I just think it's important that the system protects these kids. That the workers, officers and these agencies, they do their jobs," Veal said.

She says they want to see changes in the system, so this doesn't happen to another child.

No date has been set for Kaitlyn's funeral, but Veal says FairHaven Funeral Home in Macon is paying for the service.