The memorial concert is set to take place in Hawkinsville, Saturday, May 1, starting at 5 p.m. 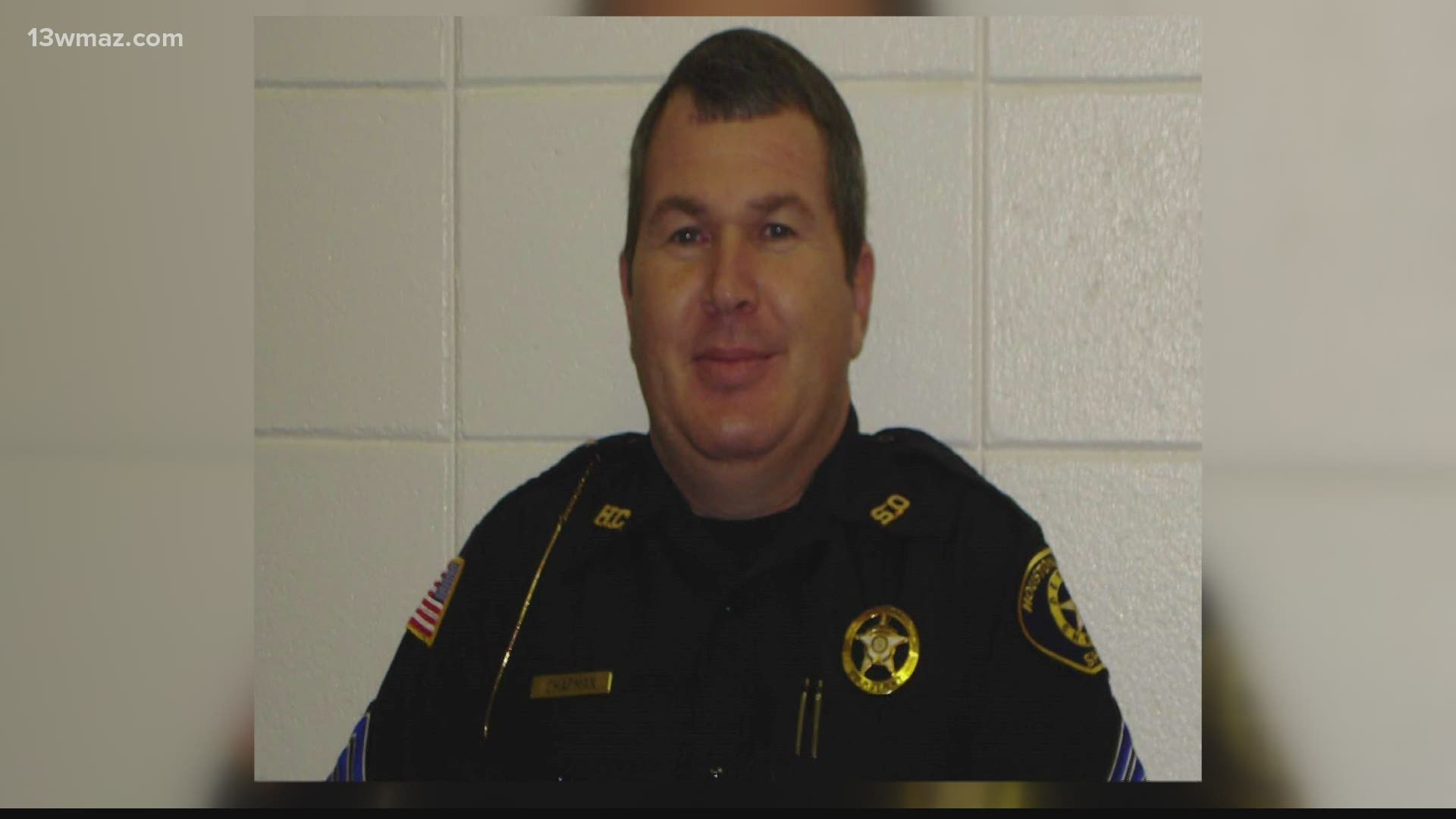 WARNER ROBINS, Ga. — People in Houston County are getting together to celebrate the life of Tim Chapman, a longtime school resource officer. They're remembering him in a way he would love most – with music.

Most Saturdays, Tim Chapman took part in jam sessions with musicians from Warner Robins and Macon.

“That's all he ever talked about -- 'Jam Session Saturday Night at Jimmy's house,'” said Jimmy West, friend of Chapman.

The most recent jam session had a memorial stand in Chapman's place.

It was tough, it was tough,” recalls West. “I tried not to look over there, but we had a good time.”

Chapman worked as a Houston County school resource officer for more than 25 years.

“He talked about his job a lot, and bowling. He loved to bowl.”

But music had his heart.

“Anytime we talked, we were talking music,” said Tony Elmore, friend of 20 years.

It's why when friends found out he had stage IV esophagus cancer, they decided to throw a benefit concert, Jam for Tim.

He died five days after that conversation in mid-April, only a few weeks after receiving the diagnosis. The group decided to go ahead with their plans.

“We're doing it for Tim. Nothing better than looking down above and seeing how you recognize a bunch of guys get together playing for you,” said Elmore.

“He was into heavy metal music, and he played it well,” said Elmore.

Though his friends will miss his guitar skills, what they'll miss most has nothing to do with the music.

“Just when he'd look at me and call me ‘Papa Bear’ and smile,” said West.

The "Jam For Tim Memorial Concert" will start at 5 p.m.. It’ll take place at Kingstand Farm, located at 268 Wimberly Road, Hawkinsville. You’re asked to bring your own lawn chairs and coolers.

All proceeds from Saturday's memorial concert will go toward the Chapman family.