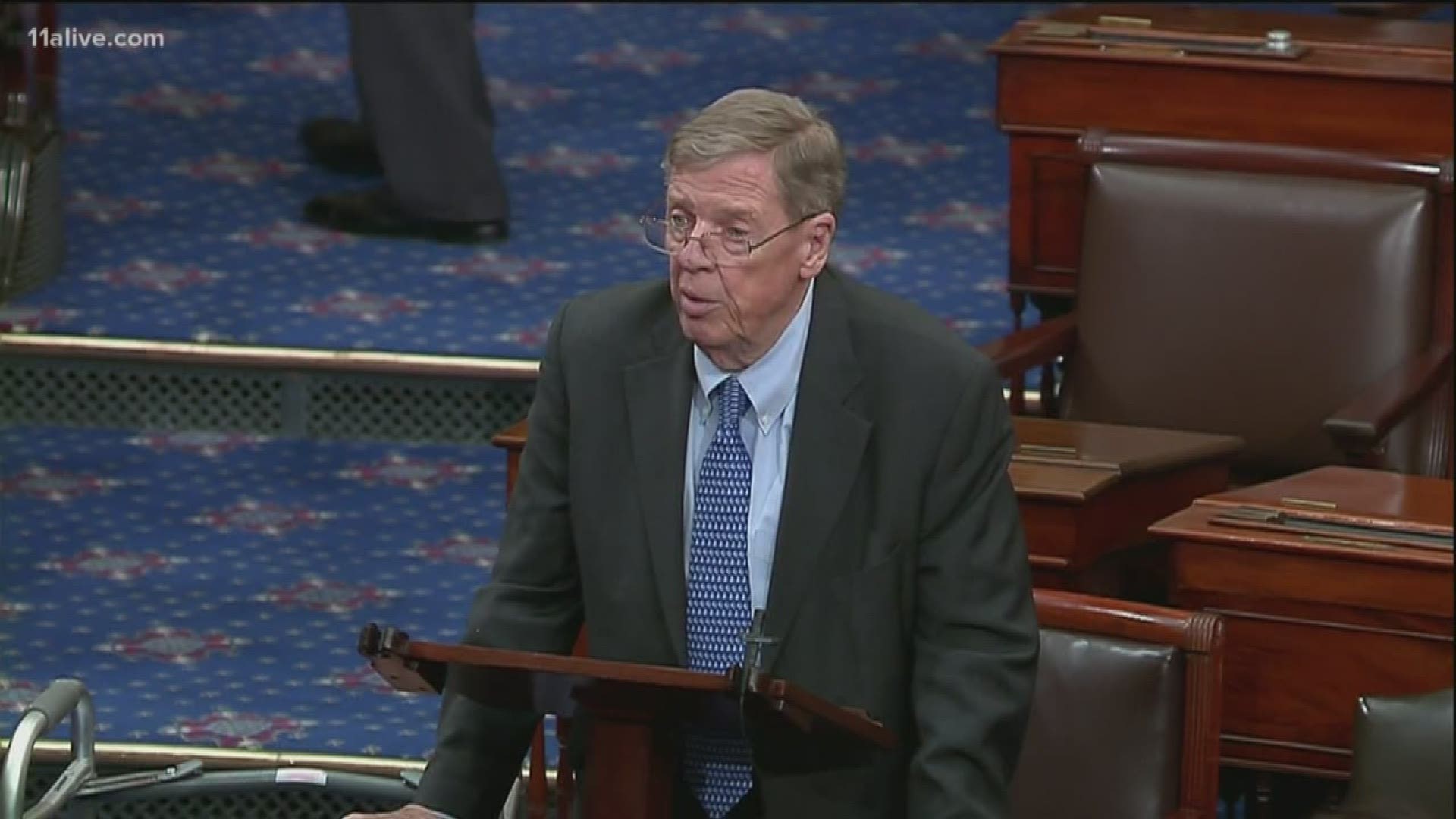 WASHINGTON — Congress returned to Washington Monday after a six-week recess.

Georgia Sen. Johnny Isakson was among them - his first time back since he fell and broke his ribs back in July.

Interspersed among the usual Congressional business, Isakson took the time to recognize University of Georgia legend Vince Dooley on the Senate floor for 25 years of service to the school, and a "lifetime of service to education."

"I was proud to recognize Vince Dooley," Isakson tweeted, along with video of the proclamation.

Dooley is best known for coaching Georgia to a National Championship in 1980, and for coaching fellow Bulldog icon, Hershel Walker. But Isakson pointed out that Dooley contributed so much more to the school than that.

"(He was) also a contributor to the university, contributing millions of dollars himself personally to see libraries were built, writing seven books - including a book on flowers, which is the one that botanists and flower people all around the world pay attention to. An expert on the Civil War - just a great American," Isakson stated.

The honor comes just days after the field at UGA's Sanford Stadium in Athens was officially named after Dooley.

The speech honoring Dooley from the Senate floor is likely to be one of Isakson's last as a Georgia senator - the 74-year-old announced last month he plans to resign from his seat he's held since 2005 at the end of this year.