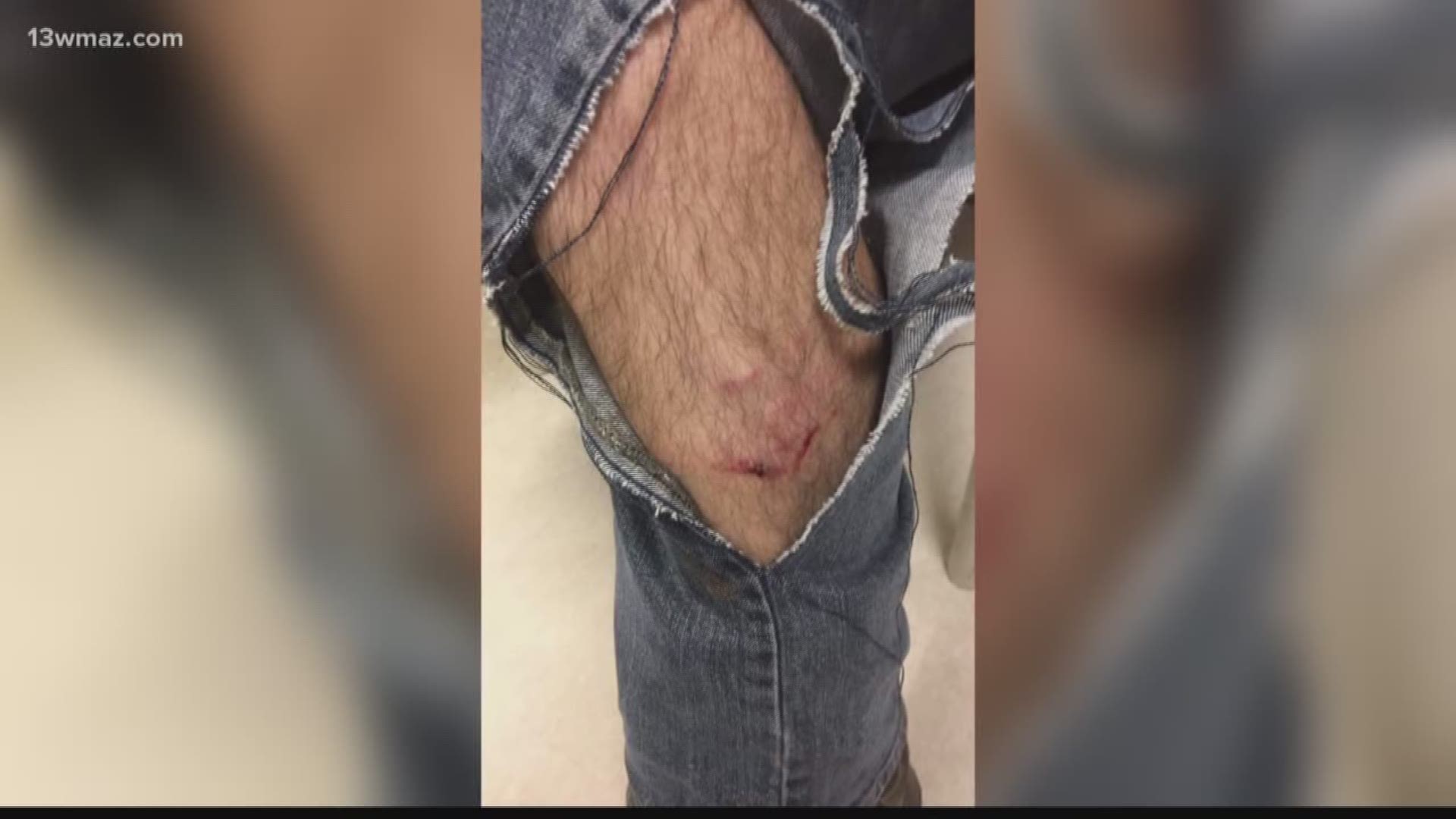 A morning hike in the Hitchiti Forest turned into a fight for survival when a Jones County man had an encounter with a rabid coyote.

Nate Edmonds is a successful lawyer and a new dad. On the Saturday of Memorial Day weekend, he left his wife and seven-month-old daughter for what he thought would be a few hours outdoors.

He arrived at the forest before the he was meeting up with and walked to a nearby stream. He began to head back to the parking area, and on his return, a rabid coyote walked into his path.

Cornered, Edmonds tried to slowly walk around the coyote when it attacked.

“I probably did not make it two steps off the trail when the coyote growled, lunged and came for me,” said Edmonds.

The coyote bit Edmonds’ boot and tripped him, causing him to fall to the ground. He was then bitten again in the calf.

Finally, Edmonds could stab the coyote in the back and kill it.

He was taken to the Medical Center, Navicent Health and put on anti-rabies medicine.

Even after spending nearly a week in the hospital recovering from a bad reaction to the medicine, he says it’s no reason to stay out of the woods.

“I think the message here is be alert, be prepared, [and] if you can hike with somebody, that’s the best way to go about it,” said Edmonds.

North Central Health District spokesman Michael Hokanson said that the coyote was the fourth confirmed case of rabies in the district since the start of 2018.