Just Curious: What is the Mulberry Market?

If you've ever seen the name Mulberry Market and wanted to know more about it, we have your answers 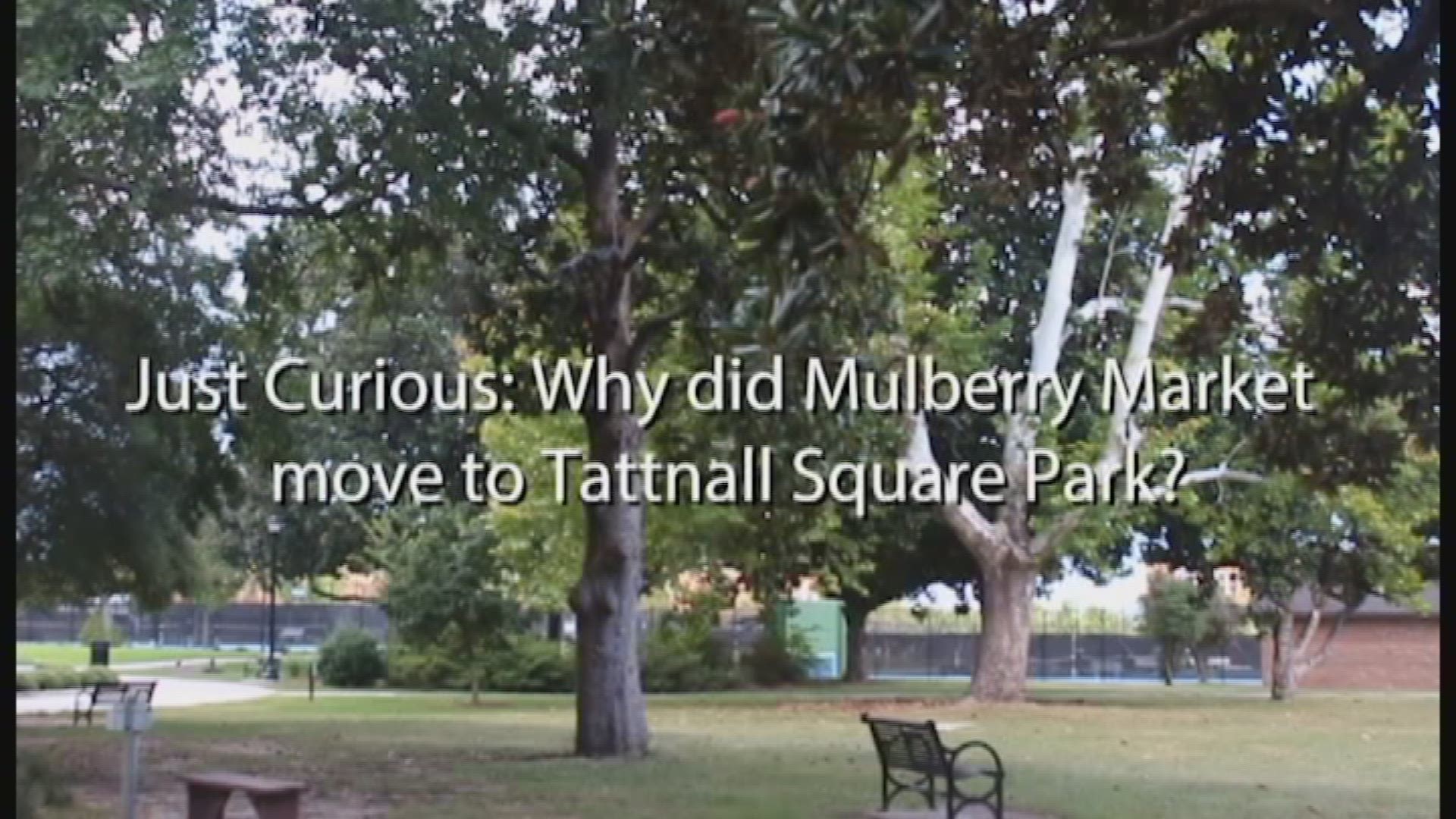 I’ve visited the market several times, but was curious about the market’s origins and title. I also wondered about their their goal in the community.

Lacey Resch, the market manager at Mulberry Market had answers to all those questions.

“We are nine years old,” Resch said. “We started down on Mulberry in front of the courthouse.”

By 2014, the market had taken off. They needed to find a bigger venue. Luckily, at the same time, Tattnall Square Park was undergoing renovations.

“What would be more wonderful than bringing the market to this park and being a part of the transformation,” Resch said.

After sorting logistics out with the county and Friends of Tattnall Square Park, Mulberry Market debuted at its new location in Oct. 2014. Resch said another reason for the market’s move was that the area surrounding Tattnall Square Park is considered a food desert.

“Especially now that the Pio Nono Kroger is closed, we’re it,” Resch said. “Even though we’re only once a week, we’re the destination for a lot of folks to come and get fresh produce.”

Other frequent customers are the parents of students at the nearby Alexander II Magnet School, and the faculty and students of neighboring Mercer University.

“We’re a producer-only market,” Resch said. “We welcome anyone who has grown or raised or made whatever it is they’re wanting to sell.”

Looking ahead, Resch said there is an aim to make the market sustainable. They hope to make it easier for more people to get fresh food, and in turn, help improve more people’s health and nutrition.