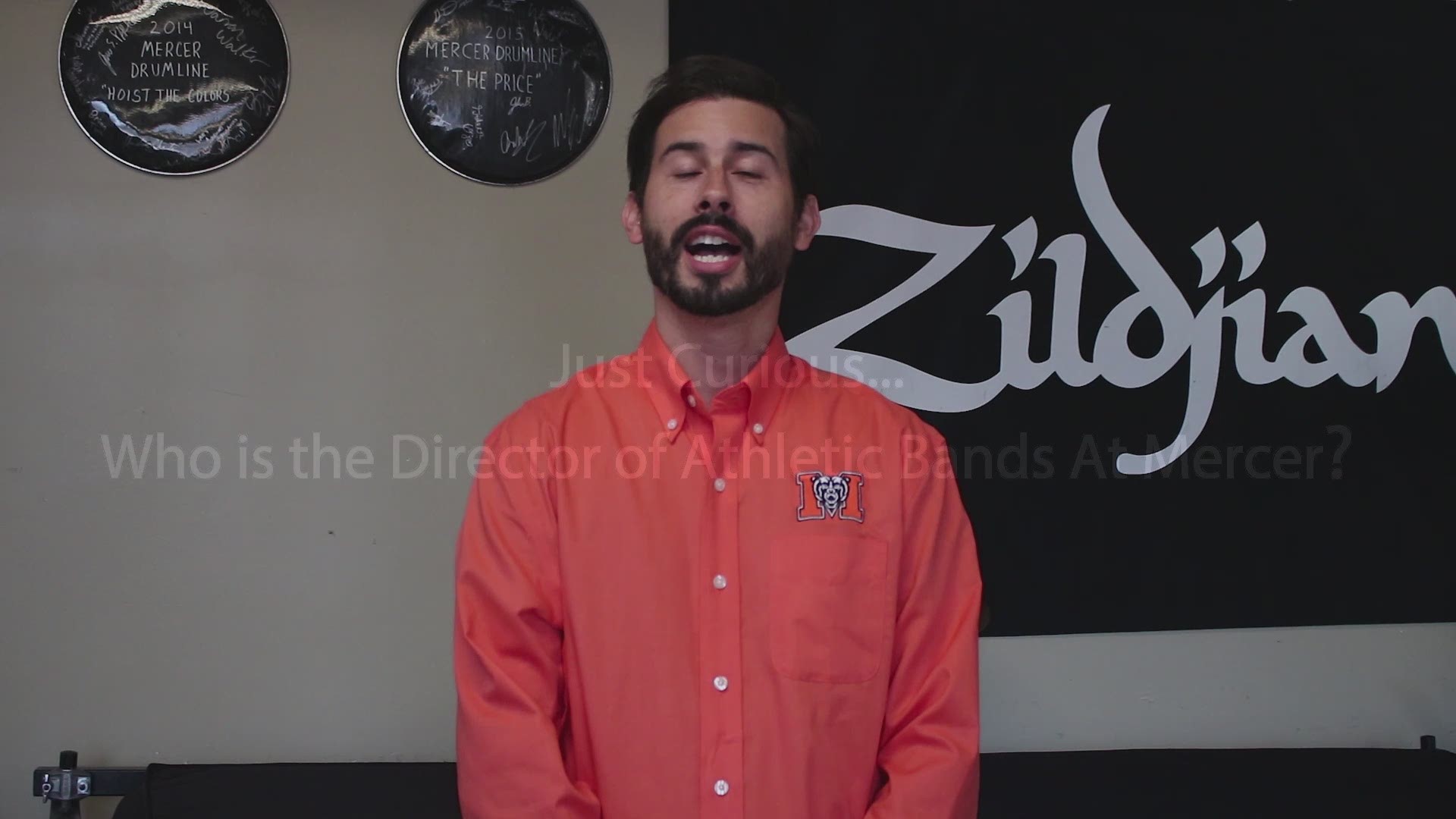 This report has been contributed by Madilyn Harrell, a student from Mercer University’s Center for Collaborative Journalism.

This year, Blake Garcia came onto staff at Mercer University as the new director of athletic bands.

He previously taught in Florida and Tennessee and was a band director at the University of Kentucky.

Garcia was accompanied by his wife and their 1-year-old in his move to Macon. They say they're enjoying their time in Macon so far because his extended family lives in surrounding states.

“This has been wonderful for us because we are used to the south,” Garcia said, “it’s closer to family.”

Garcia joined the staff at Mercer in early July, but moved to Macon to start early recruitment in June.

Garcia’s ability to recruit has been a strength of his in the past and he plans to bring in new recruits to Mercer in larger numbers than previous years. One of his goals is to expand the band in both numbers and experiences.

He's planning on having the band do the Cherry Blossom Festival parade in Macon this year. He has been pleased with community involvement and plans on getting out into the public eye more.

“The positive energy, compliments on the band,” Garcia said. “I love that the community is involved and also supportive.”

Garcia hopes to involve band students in the writing of music and drill for the marching band.

His long-term goals as a collegiate instructor are to get an alumni band to come back and play at a game and to grow the marching band into doing bigger things such as the Macy’s Day Parade.

For now, Garcia says he would like to provide a low-stress environment for band members.

“This should be a social avenue where they’re playing music and continuing on their instrument,” Garcia said.