'Just loving each other': Warner Robins business owner sees support from all over the US after shootings at Atlanta spas

When Gigi Tebbe's daughter expressed concern for her Asian-American mother after the shooting in Atlanta, her social media followers wanted to show their support 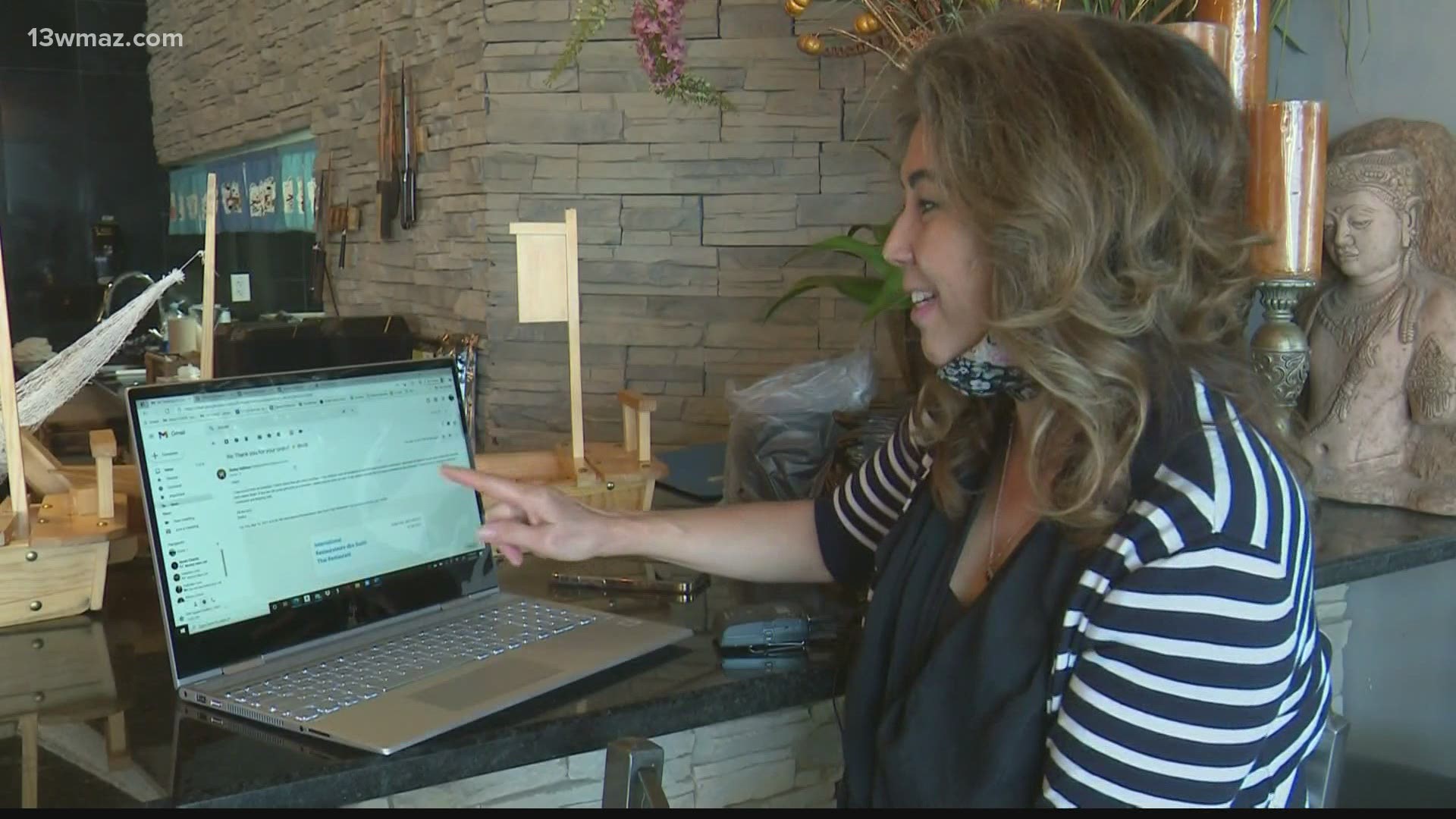 WARNER ROBINS, Ga. — Since the shooting in Atlanta last week, one Warner Robins woman saw an outpouring of support for her business.

Gigi Tebbe, the Asian-American owner of Sushi Thai, says when her daughter heard what happened, she started worrying about her mother.

"She worries too much about me," says Tebbe.

Although she says she has never felt unsafe being an Asian-American woman in Warner Robins, what happened just two hours south of her home startled her.

"In the beginning, I wasn't worried about me being Asian, but then it's like, it woke me up."

Her daughter, a graphic designer in Seattle, has heard the stories from her mom of unruly customers that curse and leave bad reviews, all because of Sushi Thai's mask policy.

So Tebbe's daughter shared those stories to her 9,000 social media followers from all over the country.

"That's when they started buying gift certificates, and I told her, 'But they don't live here, so how can they use the gift certificate?'" says Tebbe, "So I said, 'Well, I'm gonna use that to feed the hungry.'"

Between Thursday and Monday, Sushi Thai has gotten over $1,200 in gift certificates and lots of support via email.

"Her name is Bailey Sullivan. She said, 'I saw a post from an illustrator I follow online. The gift cards purchased here could be used to feed the local houseless community. Thanks so much. Hoping you and your community are keeping safe.' Isn't that amazing?"

Tebbe says knowing these people who don't even know her have her back means everything.

"It's amazing how people, you know -- majority of people -- just want to help people," she says. "Just loving each other and helping each other without any looking at race."

Tebbe says she's talking to a few local organizations to decide where to send that money to feed people in need.

She's had her mask and social distancing policy in place since the beginning of the pandemic. Even though some are vocal about their displeasure, she says she does to make sure everyone feels comfortable at her restaurant.