'Get down or there's going to be a problem:' Gas station clerk describes run-in with Monroe County suspect 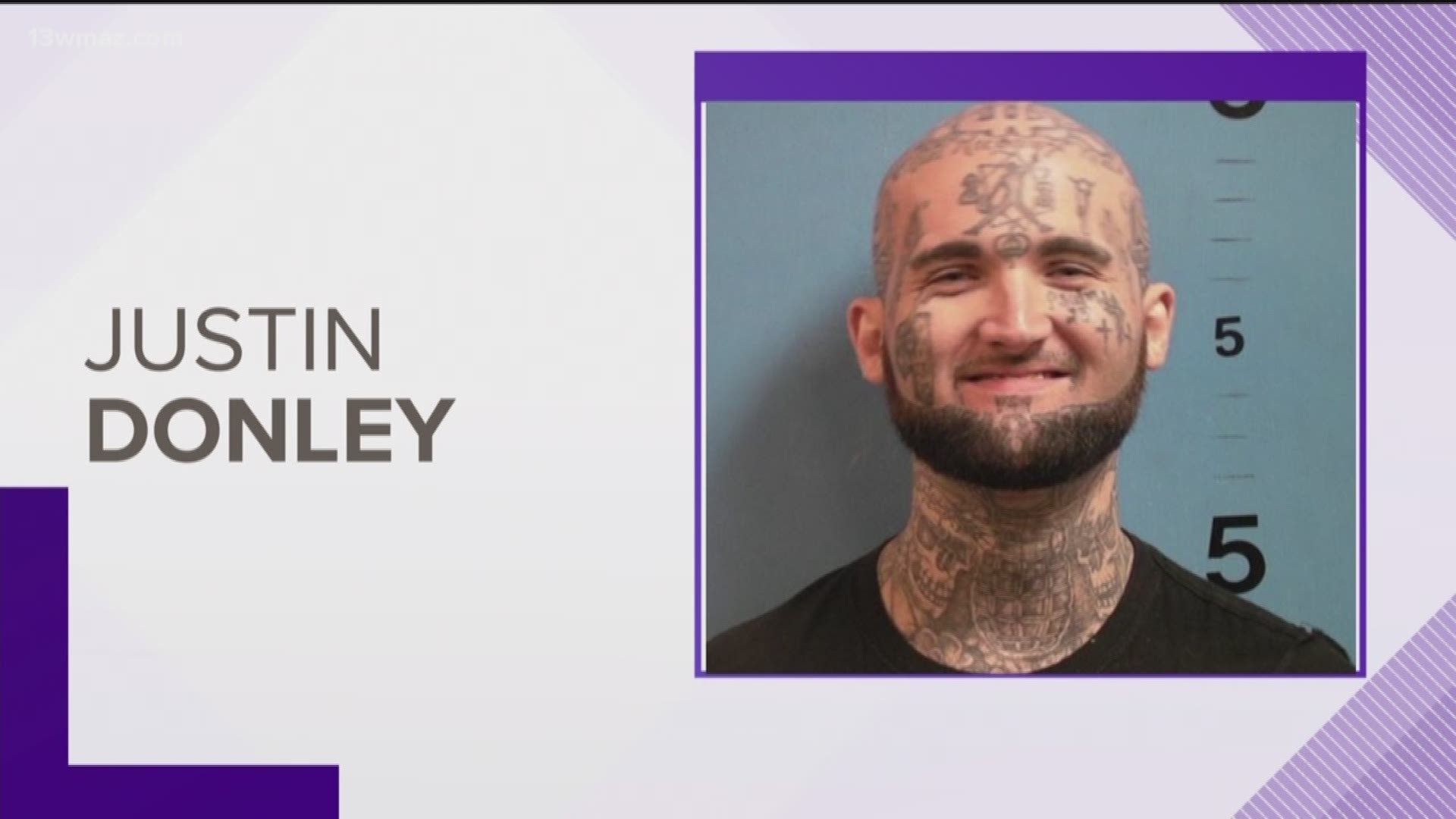 Justin Donley stopped into the BP gas station on Rumble Road to try to get a drink and a ride, but the clerk recognized him and took action.

Steve Reece says his gas station is good luck for scratch-off winners. He has a wall of winning tickets.

On Wednesday morning, he said he couldn’t believe the odds when 26-year-old Justin Donley walked into his store to get a Powerade and asked the clerk to call him a taxi.

"I was thinking, 'There's nowhere this guy can go and not be recognized,' and all of a sudden, I'm looking at him," Reece said.

Police had been unable to locate Donley for hours. Reece says he recognized the man from his photos on Facebook and the distinct tattoos on his face.

Reece says he reached for his pistol and told Donley to get on the ground, but the suspect tried to run away. Reece fired several shots as the man ran down Rumble Road.

The Monroe County Sheriff’s Office says Donley tried to get into a woman’s car, but took off into the woods when deputies arrived.

Within a few minutes, they found Donley and arrested him.

"That bottle of the Powerade he walked out with, he took off running with it, so he owes me for that," said Reece.

"When I saw that tattoo face, I knew what I had to do and I knew I had to stop this man," said Reece.

Steve Reece was working in the convenience store at the BP Gas Station on Rumble Road near I-75 when 26-year-old Justin Donley walked in after 8 a.m.

Reece told 13WMAZ he immediately recognized the customer as a wanted man, but he played it cool as to not scare him away.

Donley apparently walked up to the register with a Powerade in hand, and asked Reece to call him a taxi.

“My first thought was I couldn’t believe he was standing in front of me. I recognized him clearly from Facebook,” recalled Reece.

As Reece reached for what Donley thought was a phone, he went and grabbed his pistol instead.

“He was very surprised, he was wondering what he had done. I said I don’t care what you did, get down on the floor right now,” said Reece. “Get down or there’s going to be a problem.”

Donley got scared and started running, but not before Reece fired a shot in his direction and then kept shooting.

One of Reece’s friends saw Donley run out of the convenience store, and fired a warning shot in his direction.

Donley made it into the woods, and the two men flagged down a passing deputy, who ultimately made the arrest.

As for the Powerade?

“He owes me for that,” said Reece.