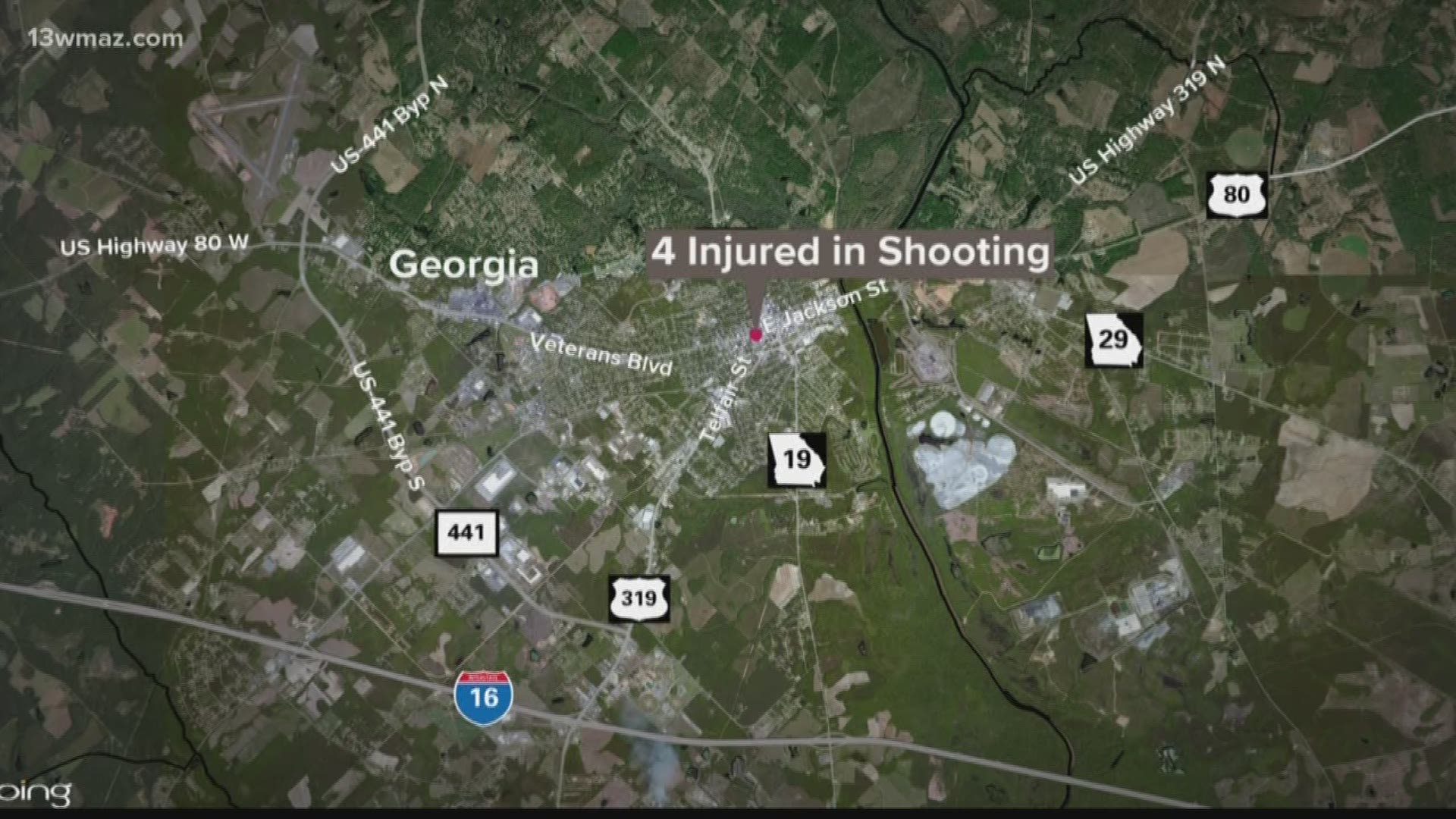 Lieutenant Stacey Sapp with the Dublin Police Department says a 16-year-old juvenile is being held on four counts of aggravated assault.

Sapp says juvenile court will determine the next hearing and bond status. They have not determined if he will be charged as an adult.

Sapp says only one of the victims is still hospitalized at this time.

According to Chief Chatman, they believe the people involved knew each other and the shooting came from an argument over an 'old feud.'

A juvenile suspect has been arrested after four people were shot at a Dublin apartment complex Friday.

Two of the people injured are juveniles and the other two are adults. He says they're all expected to live.

Chatman says the suspect's name is not being released because they are a juvenile.

If you have any information about the shooting, you can contact the Dublin Police Department at 478-277-5023.

This is a developing story and will be updated as details become available.