If you've crossed the bridges near Little River Park and the Lake Sinclair fishing pier, you know the views are great, but wait until you see the area from #Drone13 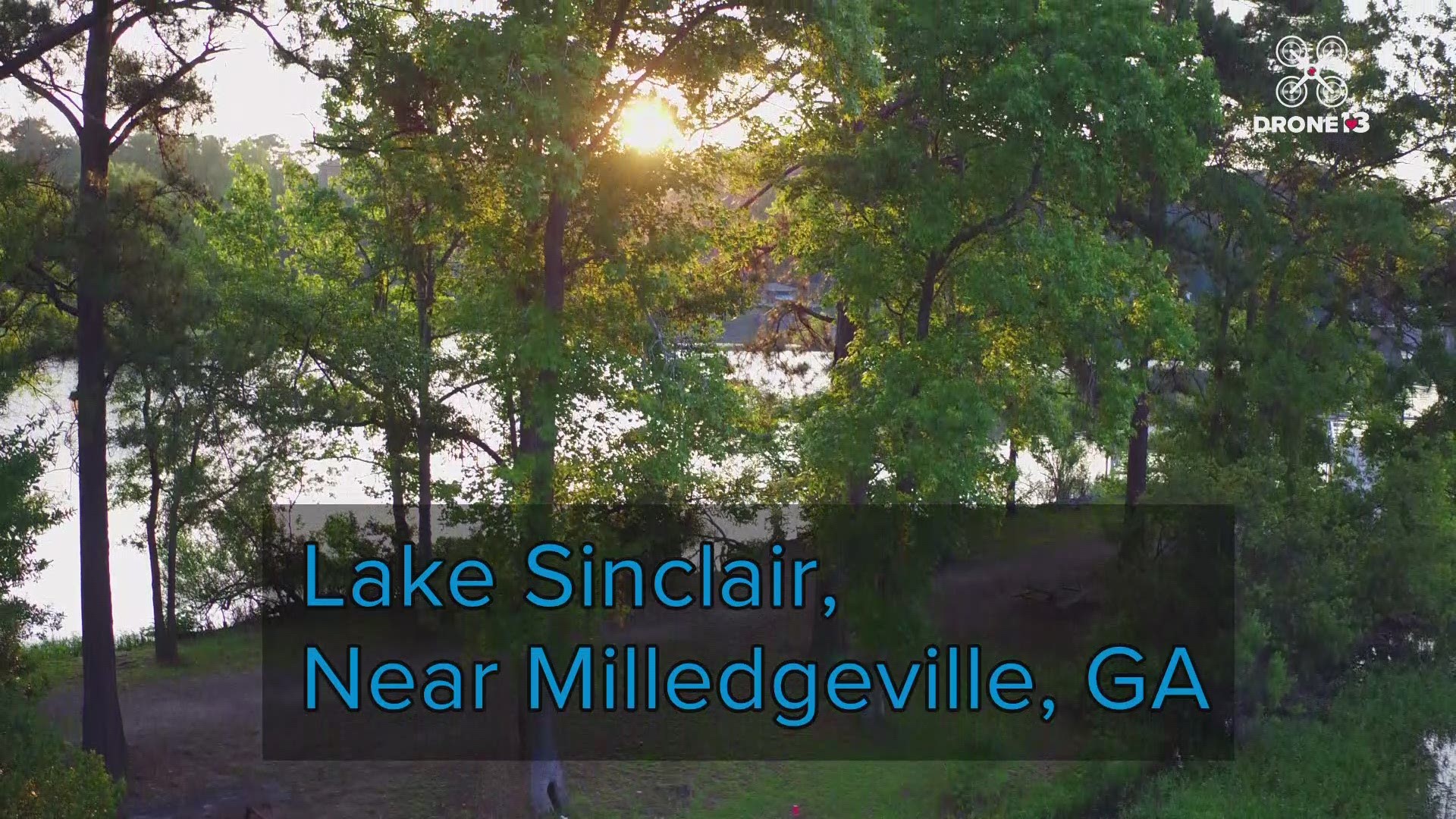 Our #Drone13 team checked out the area around Little River Park and the Lake Sinclair fishing pier at the US 441 bridges.

Lake SInclair was created in the 1950s by Georgia Power Company. The dam generates hydroelectric power, and for half a century the coal-fired Plant Harlee Branch also generated power. The plant was closed in 2015 and torn down.

That demolition included the implosion of the super stack in October of 2016. It was one of the largest chimneys in the world and had dominated the lake's skyline since 1978.

The lake remains a popular spot for skiing, fishing, and boating.