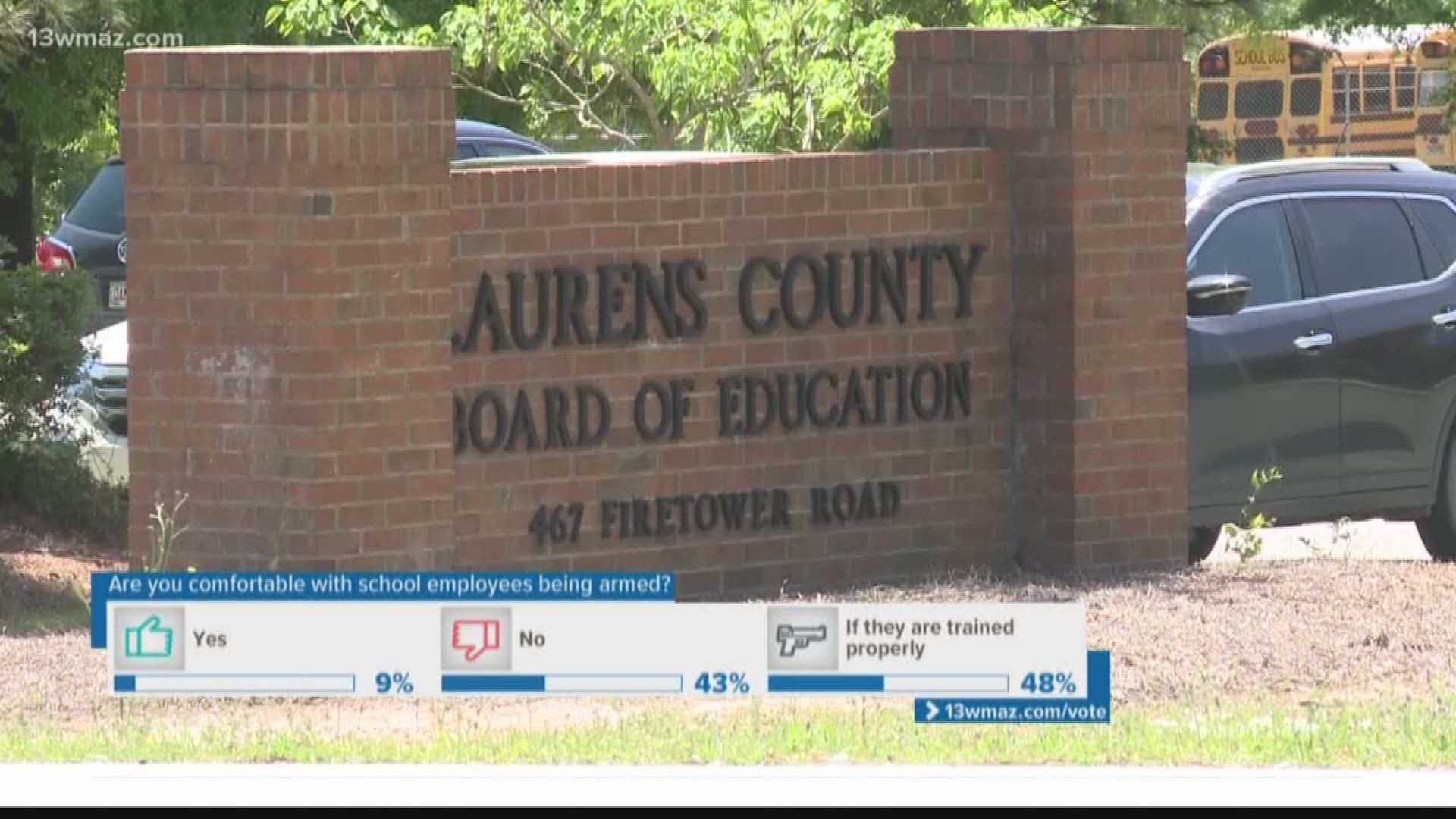 The Laurens County School Board voted unanimously last Thursday to allow possession of weapons by trained employees in schools and on buses.

According to the policy, employees will be given a background check, a psychological examination, and training to carry a gun before they bring them in schools.

Superintendent Dan Brigman said the school board approved $300,000 in safety improvements, including security cameras to all Laurens County Schools.

Parents in Laurens County have mixed emotions about trained teachers being armed at Laurens county schools.

"I'm not a proponent of guns in the schools system and I just don't think that a good idea for teachers to be armed," Bessie Vaughn said. "I do see the good in it, I do believe all the bad things that happen everywhere else could happen here," said Jereni Hightower.

According to Superintendent Dan Brigman, the district arming trained teachers is another step in that direction.

"This is not a situation where everybody walking through the door is going to have a firearm, this is a very controlled approach in cooperation with the local sheriff's department," Brigman said.

Brigman said that employees can voluntarily sign up to be armed and will undergo training as mentioned earlier. He said the employees will serve at each school as a team in addition to helping a school resource officer.

"This will give them a little bit more confidence, knowing that there is someone there that can help address hostile environments if there is ever a third party that comes on the campus," Brigman said.

According to the policy, students will not know what teachers are carrying guns nor will the public know the type of gun that is being carried. Brigman said they do not want to give an intruder information on how the program works.

"Number one, we have to protect the individual participating in this strategy. Number two, make sure our protocol is kept discreetly so it does not allow anyone to use our strategies against us," Brigman said.

Brigman also siad that he is looking to get this policy started as quickly as possible and said it is going to take time since they have to train those interested.