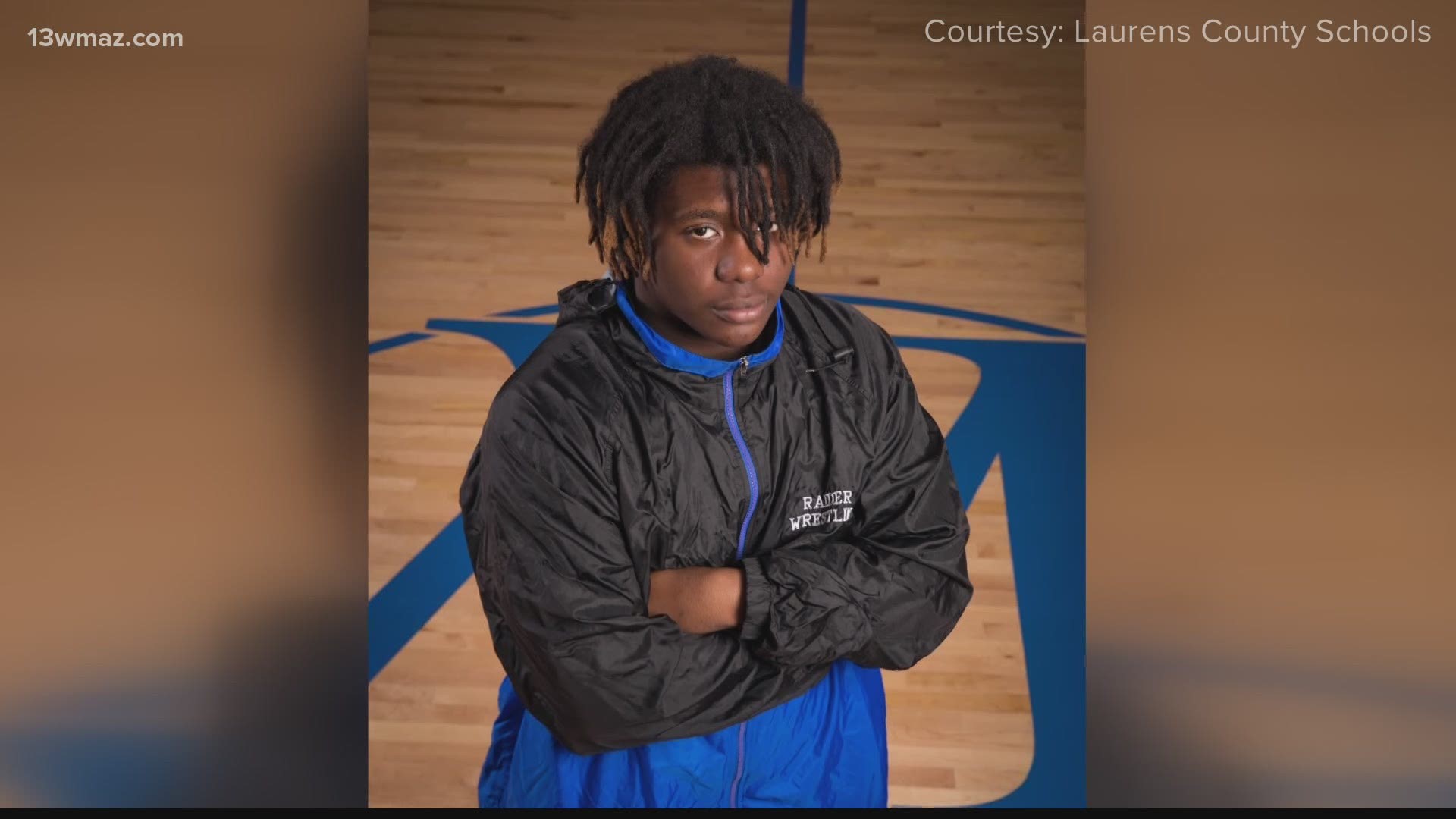 EAST DUBLIN, Ga. — The Laurens County Sheriff’s Office is investigating the death of a 16-year-old boy.

According to a news release, deputies responded to a home on Chase Drive in East Dublin around 6 a.m. Sunday.

It says they got to the scene and found a 16-year-old boy dead from an apparent gunshot wound. He was pronounced dead at the scene.

Two people have been charged – Lashundria Madison and Roderick Brown.

No one is charged with the teen’s death and the case is still under investigation.

"With a sad heart, we mourn the tragic passing of one of our beloved students. Le’ontae Coates, a 9th grade football player, passed away in the early morning hours," said the high school.

The school district later posted: "Our Laurens County School District family is mourning the loss of WLHS 9th grader, Le’ontae Coates. Our thoughts and  prayers are with his family, friends and teammates as they cope with the loss of an outstanding young man.

And just like that...small things that we tend to complain and worry about... just don’t seem to matter as much. Rest In Peace Tae!"

One dead after accident involving off-duty officer in Monroe County