Macon attorney Lester Miller will be the county's next mayor after taking 59.2% of the vote in Tuesday's runoff election 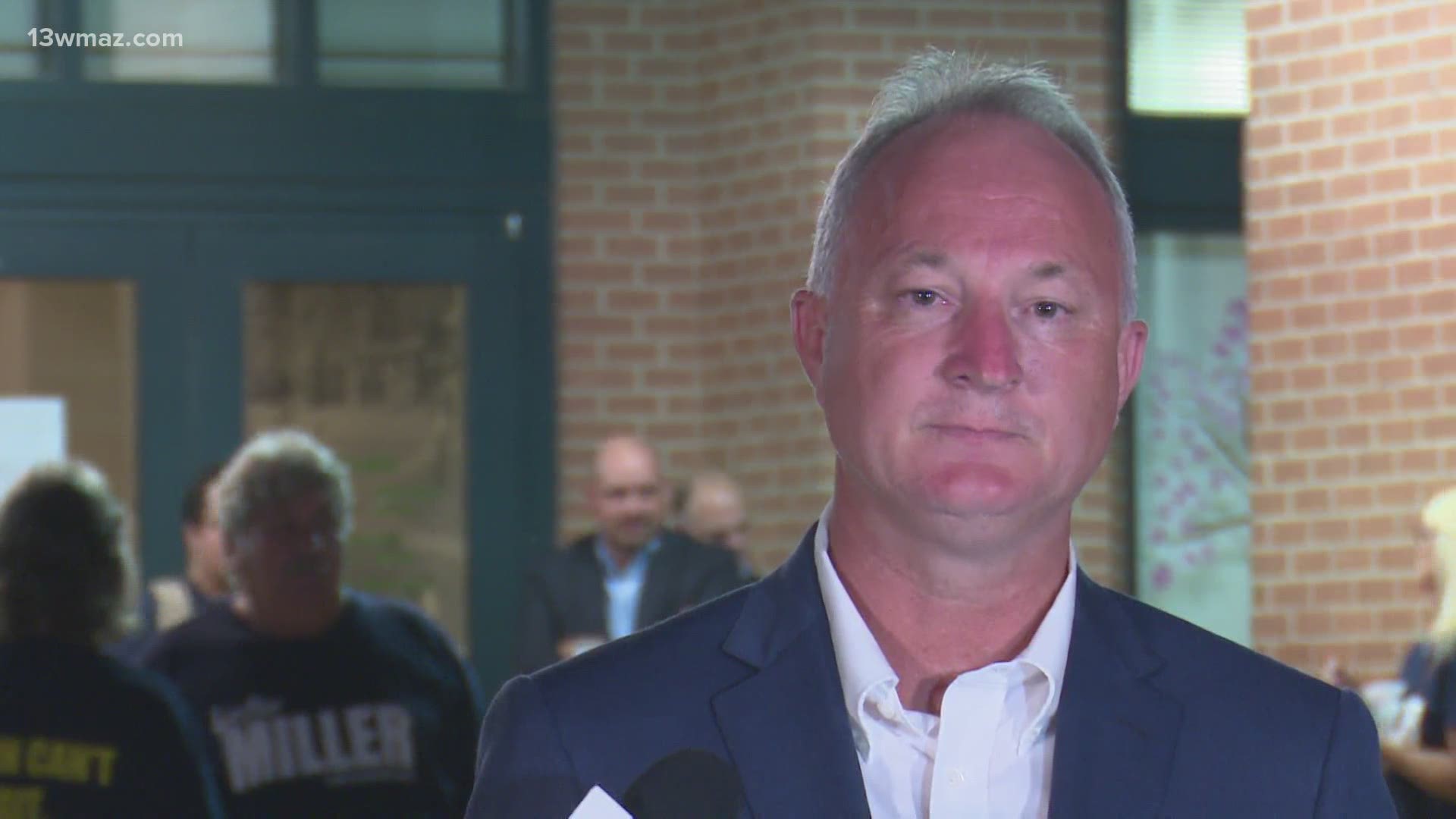 MACON, Ga. — After over a year of campaigning for the top spot in Macon-Bibb County government, Lester Miller has been elected as the county’s next mayor.

Miller beat out his opponent, Macon businessman Cliffard Whitby, with 59.2% of the vote.

His path to mayor started back in May 2019 when he first dropped a video announcing his candidacy.

Cliffard Whitby's campaign sent out the following statement after the final results of the election were released:

“The voters of Macon-Bibb have spoken. They shared their voice and we will respect that. We are grateful to everyone who has supported our campaign and I am so thankful to have had the opportunity to speak with so many from all over the county. We look forward to the future of Macon-Bibb and see this city rise to the challenges ahead of it. I still believe Macon's best days are ahead of it."

Lester Miller was one of the first candidates to throw his name into the race.

He's a familiar face in Macon. He played baseball at Southwest High School and got his bachelor's and law degree at Mercer University.

He's now a sole practitioner at his Macon law firm downtown. He's served on the Bibb County Board of Education for the past seven years and was board president three of the last four.

Earlier this year, 13WMAZ went to 9 different areas around Bibb County and surveyed members of the community to find out what issues were most important to them in the election.

MORE INFO: You talked. We listened. Here are the results of the 13WMAZ Listening Lab.

Miller said the county needs to get a grip on its crime rate and the plan he put forward was called the Justice Works program.

"It's a situation where a person can to work while they're incarcerated instead of going to prison, and they can actually earn an income that they'll get 100% of minus their room and board, if you will, during the week, and they have child support obligations while they're there, and it will get taken care of," Miller said.

Miller said this program could pull 20 to 25 deputies out of the jail and onto the streets to patrol. He said it also could move as many as 100 jailers into a less restrictive environment where they can work.

Miller added it would also help with recidivism, or in other words, it would keep people out of the system.

"We're trying to give them a trade, a skill. Some of them already have jobs. We're trying to maintain those jobs, but it helps prevent homelessness when they get out," Miller said. "They've had a year that they've been in the system and they've got a check stub that shows they've been working, so it's easier to get an apartment."

He said overall, the program could allow former inmates to start off on the right foot, and it would also save taxpayers' dollars.

"...which can further be put into that same police officers or in public safety, including police and fire account where you can pay these officers and recruit better officers, highly trained officers and be able not to increase taxes," Miller said.

"You have to eliminate travel immediately. All the frills that you have, you have to maybe outsource a few jobs that you're doing to make sure that you get the best value for that. You can't continue to pay. You may have to refinance some debt. Bibb County has a lot of debt," Miller said.

He also said taxpayers are taxed out and he wants to push an OLOST through the General Assembly to decrease property taxes.

"When you roll back the millage rate, six to seven mils, it's going to make a huge difference in the taxpayers' pocketbook. They're going to be able to spend that money and help our community out by injecting that kind of cash," Miller said.

As for paying Bibb’s first responders? He wants to increase pay and has ideas to bring in extra money to do that. One of them is to put in place speed enforcement cameras in school zones.

Miller said the county needs to start by having honest, open conversations about racism and working towards equality and inclusion. He said he would do that by bringing different voices to the table.

"It’s hard to get a good female perspective from especially an African American female, when you’re sitting at a table and you have issues that are concerning poverty and child support and lack of education, when you have nobody seated at that table that can give that perspective," said Miller.

Miller said the county needs to be intentional about busting blight. He suggested partnering with the Bibb County School System, the Macon-Bibb County Land Bank Authority and nonprofits to rehab blighted homes.

Miller also said the county could fight blight and high school students could learn skills while getting paid.

"At the end of that time, you can sell the house for what you got in it and move on to the next project. You can sell that house to a teacher, to a police officer, to a veteran, to a disabled person, to a firefighter...and maintain that community the way it should be.”

He also said the county needs to find ways to freeze taxes for several years for businesses who would like to fill spaces hit by blight.

As for road work, he said the county needs to designate an amount of money each year for road improvements, and eventually, put in place a TSPLOST.