Ellie Graff was born without parts of her brain stem and cerebellum. 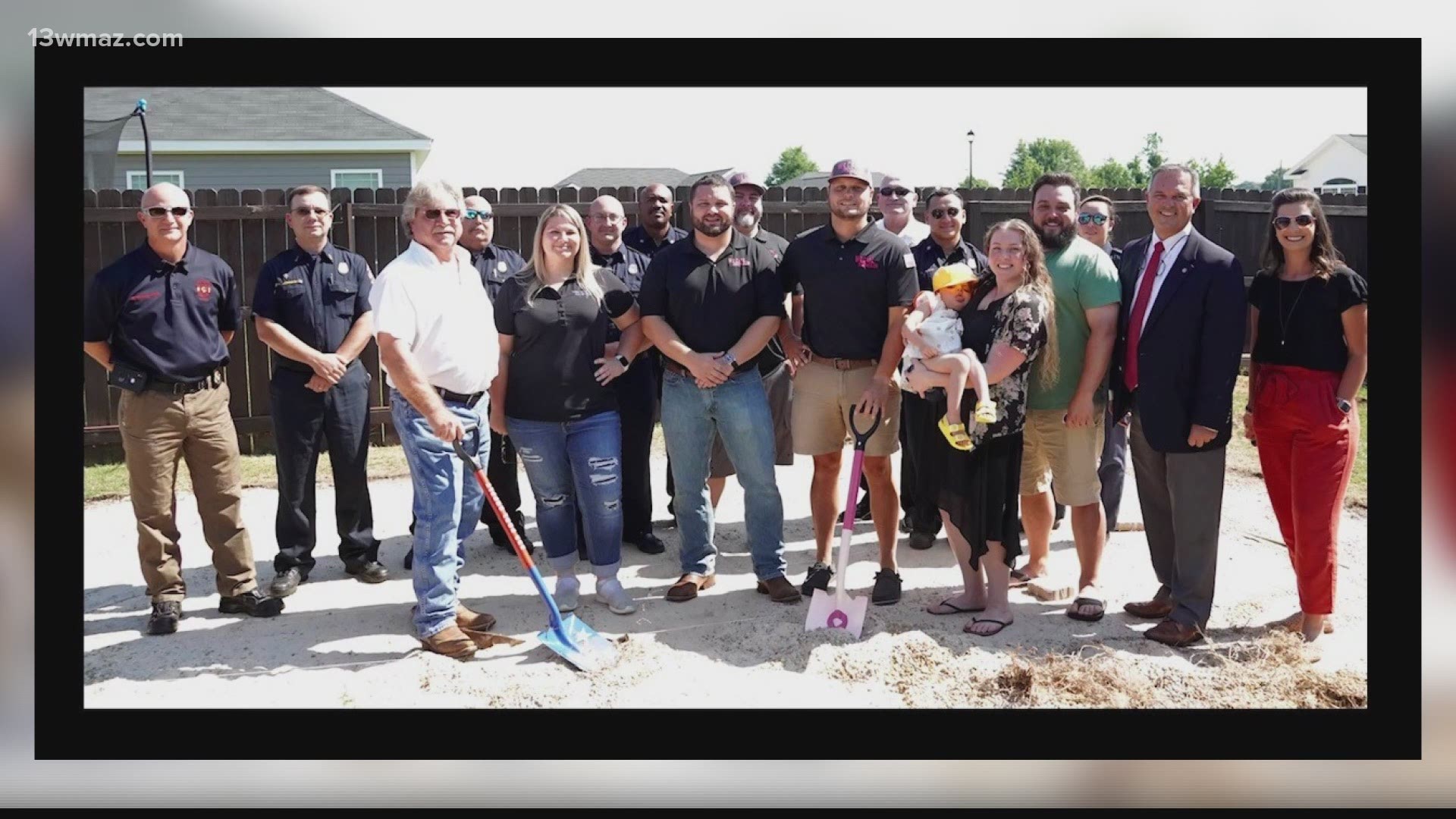 WARNER ROBINS, Ga. — 3-year-old Ellie Graff likes spending warmer days like many kids -- in the pool. But Ellie is also fighting a rare disease, one that there is no known cure for.

AAA Pools and We Care Heating and air came together to make the Graff family backyard pretty much a construction zone.

Jennifer and Josh Graff couldn't wait to welcome their first child Ellie into the world, but right away they noticed something didn't seem right.

It was a hard pill to swallow .

At first, the genetic disorder was even harder to pronounce, but Josh is a musician, and that helped a bit.

"Pontocerebellar Hypoplasia type 2a... I just keep repeating that," he said.

It means Ellie can't speak and she may never walk.

There no cure and the general life expectancy is pretty short.

But even with those limitations, the Graff's found a way to connect.

"Over time, I got to see Ellie making eye contact, smiling, giving us that recognition that she's happy and she loves us," Jennifer said.

Another thing that makes Ellie happy is water.

"But you put her in a float in the pool and she can kick and move on her own," Josh said.

After the businesses in Warner Robins pledged to build an in-ground pool to replace the above ground one, the Graff's found out Make a Wish also wanted to help.

"Make a Wish could modify it for her needs, put a lift in and make it heated for year round use," Josh said.

The Graff's have gone through a lot, but they'll also tell you they're blessed. Friends and strangers have come forward to help, even if they never met Ellie.

"To be in such a sad place and come and adapt to this situation, and then receive so much from others has just been amazing, Josh said.

The Graff's don't expect people to remember the name of Ellie's condition, but they continue to spread a message of tolerance for kids with special needs.