The topic has been a point of contention for parents and students in recent weeks. Some support the methods, while others disagree with the theory. 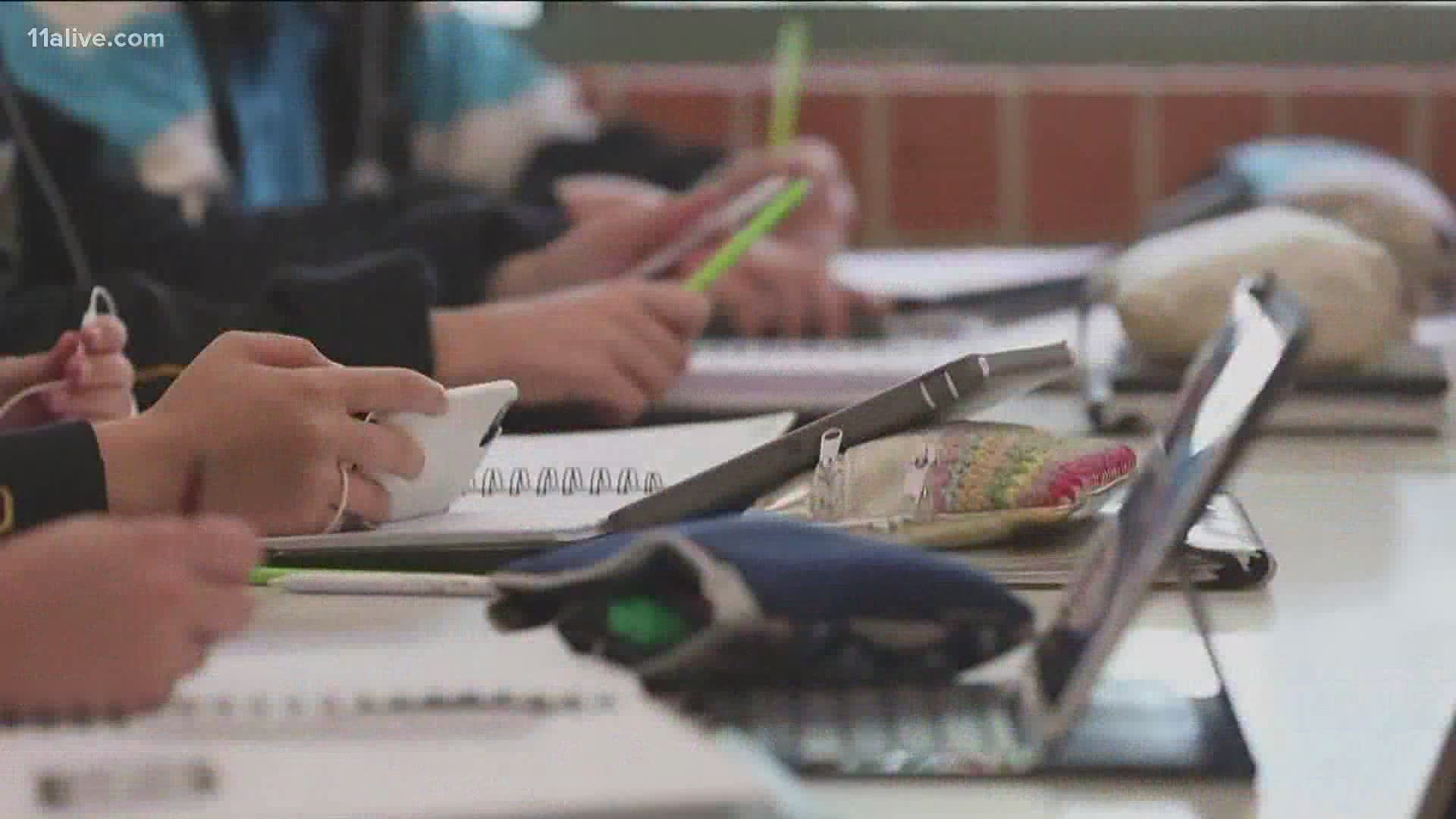 ATLANTA — The Georgia Board of Education passed a resolution Thursday on teaching race amid a statewide conversation around the Critical Race Theory.

It also frames slavery as a "deviation" from American founding principles, though policies such as the three-fifths compromise were written into the Constitution as a means for incorporating slavery into the country's founding system.

It states that "with respect to their relationship to American values, slavery and racism are anything other than deviations from, betrayals of, or failures to live up to, the authentic founding principles of the United States, which include liberty and equality."

The resolution does not have the effect of changing existing educational standards or guidelines, but is a statement of the board's beliefs. It does commit the board to "consider actions codifying in part or whole paragraphs... herein within State Education Rules."

Though the resolution did not mention Critical Race Theory specifically, it was a central topic of discussion in the board's public meeting of the resolution and comes on the heels of a letter from Gov. Brian Kemp to the board asking the board to oppose the theory.

The board considered a resolution that is five pages long. It called for teachers, administrators, and students to be treated as equals regardless of race or sex. The resolution claims the Critical Race Theory approach is "political activism" and said schools that allow this kind of teaching should not receive funding from the state.

The topic has been a point of contention for parents and students in recent weeks. Some support the methods, while others disagree with the theory.

Critics of the theory said it places blame and guilt on white people for centuries of oppression.

Supporters of the Critical Race Theory said ignoring racism, banning the approach, or misrepresenting it does not make the problems surrounding race and racism go away.

"It's hard to have a conversation when people aren't using shared language. So if one person says ban critical race theory but they have an understanding of it that's different from my understanding of it, it's going to be hard for us to come to common ground," Dr. Beverly Tatum said.

RELATED: People from across the nation discuss their roles in this 'historic' time amid worldwide Black Lives Matter, racial justice protests

The meeting comes after Gov. Brian Kemp spoke out against the teaching on race and American history, pushing for the theory not to be used in Georgia schools.

Kemp tweeted a letter back in May that was addressed to the Georgia State Board of Education, calling "Critical Race Theory" a "divisive" and "anti-American agenda."

Lisa Morgan, president of the Georgia Association of Educators released a statement after the resolution passed calling the move an "unnecessary political overreaction" prompted by Kemp's letter.

"This resolution will not only impact the teaching of America’s complete history, but overall world history," her statement reads in part. "Under this resolution, our teachers’ abilities to apply appropriate instructional decisions for their students will be severely limited."

Kemp, however, applauded the move.

"With their vote today, state school board members have ensured education in the Peach State will reflect the freedom, equality, and God-given potential of each individual," he said in a statement.

In the same news release, a quote from State School Superintendent Richard Woods said the board "took action regarding Critical Race Theory" in schools. He said he's committed to continue uniting communities and families so that all children can receive an education.

However, Dr. Natasha Johnson, an expert in education, said the state resolution leaves students out.

"We don't ignore what our young people are telling us. We always talk about them as if they are the future. Well, they're very much here today," she said.

The resolution says teachers should not try to indoctrinate students with personal or political ideologies.

"We can agree that teachers across the nation are not looking to indoctrinate and espouse their own perspectives in K-12 classrooms," Johnson said.

The Forsyth County School Board, a county with an intense and violent racial history, has pledged not to teach Critical Race Theory. Cherokee County made the same pledge.

The Georgia Board of Education is considering how race is to be taught in public schools. Right now, school boards are handling the issue, but Cherokee County Rep. Brad Thomas said he plans to introduce legislation next session to ban the theory statewide.

RELATED: A boy tried to save his sister from a racist abuser. No one believed him.