Elijah Rutland is looking to create a timeless design that people can wear 10 years from now. 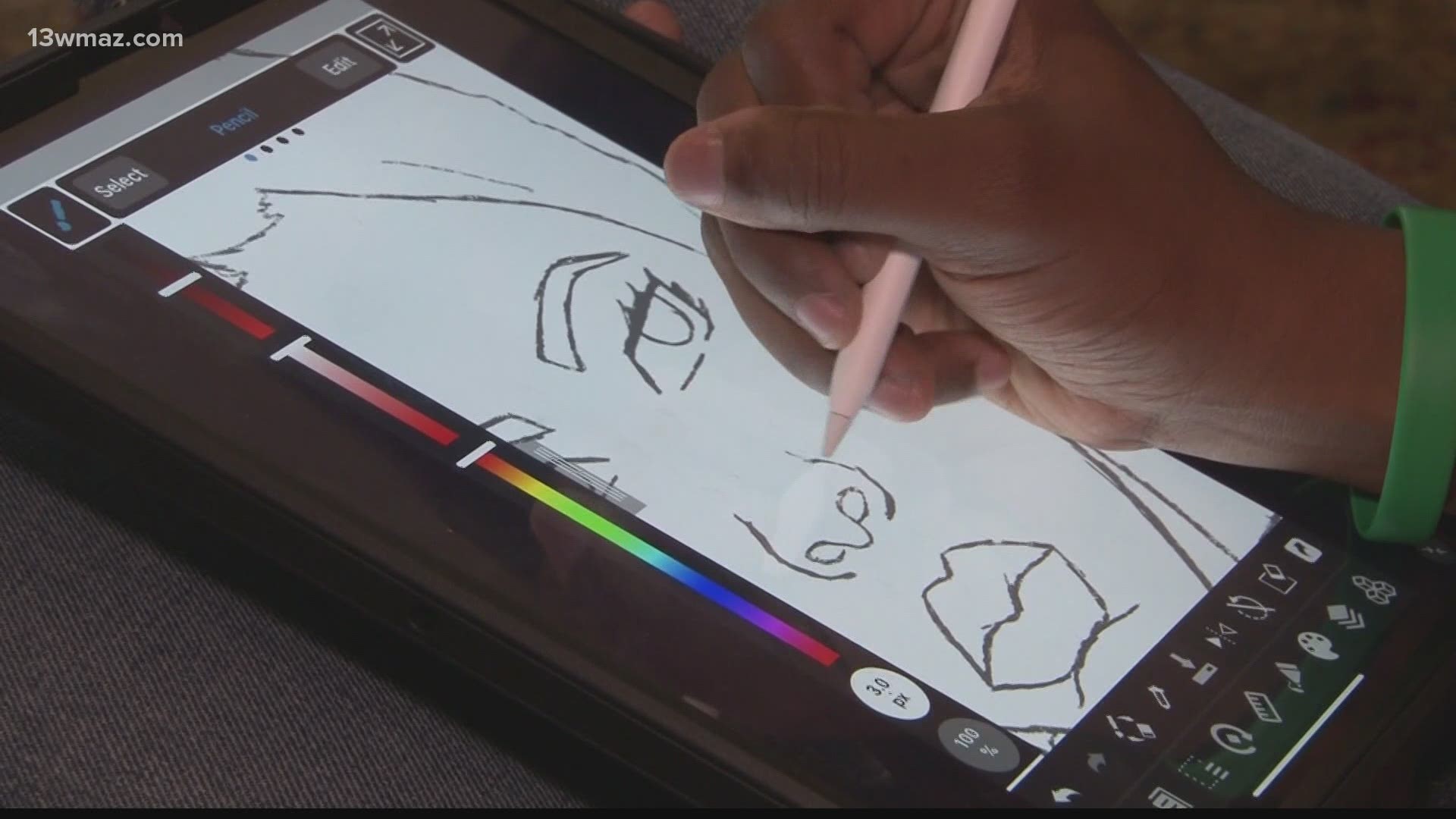 MACON, Ga. — It was through the doors of Central High School where artist Elijah Rutland discovered his passion for painting shoes.

Since then he's had an internship with Netflix and created a viral meme. He will now be one of the artists designing the 2021 Black History Month Beats by Dre.

It's been 4 years since Rutland started a shoe-painting business called "Fix My Sole," and now he's exploring the role of a digital illustrator.

His artwork is even in the hands of performers like Chance the Rapper and R&B singer K. Michelle.

"I'm definitely very excited. This is the biggest company that I've had a collaboration with and it's been great so far," Rutland said.

Rutland is looking to create a timeless design that people can wear 10 years from now.

His former band teacher says he knew Rutland was special the day they met.

"The things that he's been doing over the years, even while he was in high school, I feel like have built up to this moment, but I also feel like this isn't the biggest moment that he'll experience," said Michael Scott.

Scott says his former student stood out because of his ability to collaborate, "But I don't think that's the most amazing thing about him. What I am very impressed with is his commitment to giving back to his community," he said.

He says Rutland recently designed a 2020 logo for Central's Sugar Bear Band and often comes back to talk to band members about art and music.

Rutland says it feels good to have the support of the people in Macon.

No word yet on when the design for Beats by Dre will be released. You can follow Elijah on Instagram @fixmysole to see more of his work.

RELATED: 'It allows me to express myself:' Macon teen painter to intern with Netflix for new show