'I want my art to strike up a conversation': Warner Robins man paints with a purpose

Kevin "Scene" Lewis is a local painter who gained popularity with his recent mural of the late Justice Ruth Bader Ginsburg. 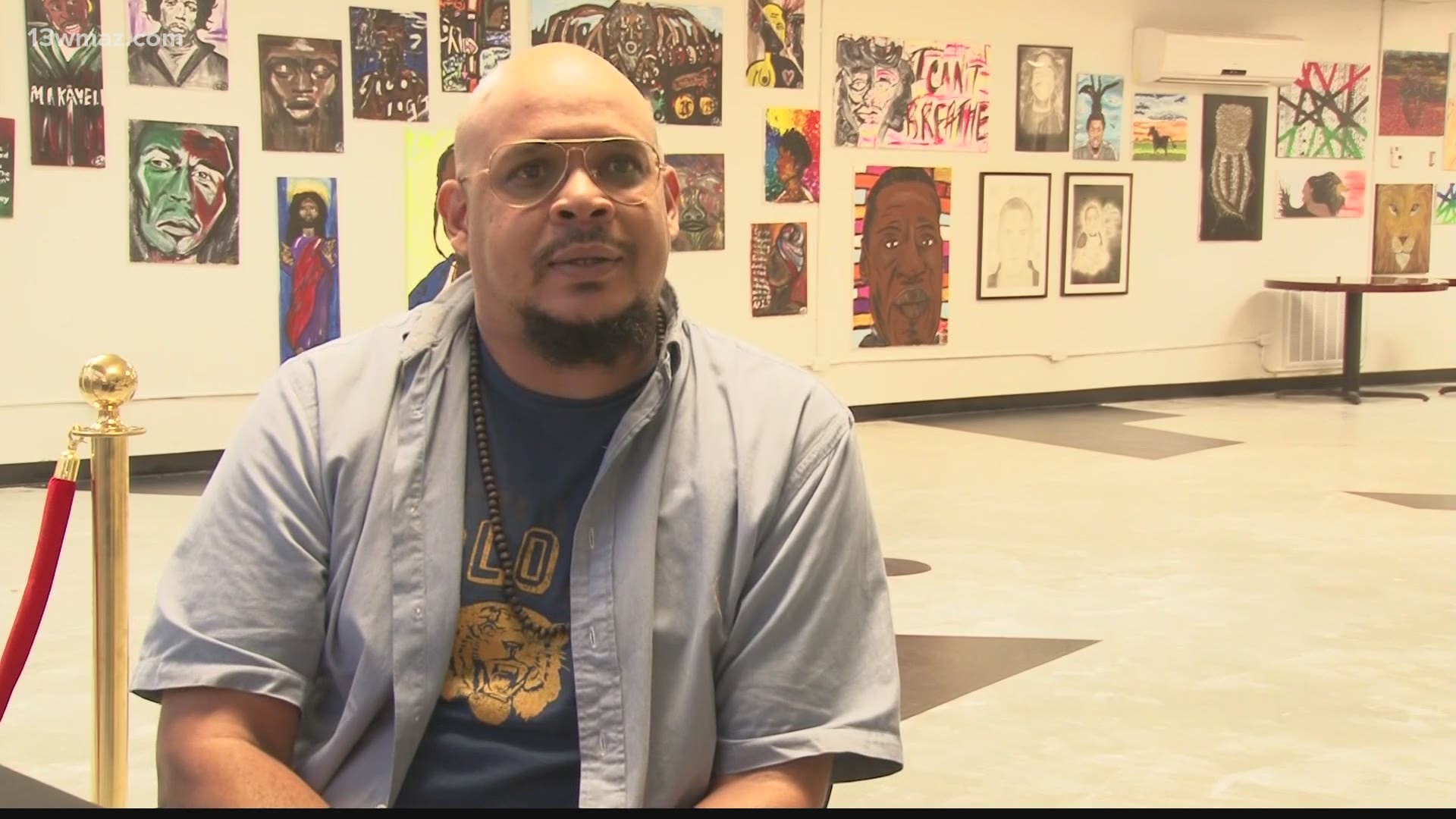 MACON, Ga. — One Warner Robins man is leaving his mark by painting around Macon and Central Georgia.

Kevin "Scene" Lewis has lived many places in the U.S., but he's been in Warner Robins for almost two years now.

Lewis says his artwork is meant to be more than just a picture.

"I want my art to strike up a conversation. If it invokes some type of feeling, that's what I really want to do. I like to look at my artwork as an educational piece, let alone I want you to be visually entertained, but I would love for you to look at it and just ask a question... I think that's the purpose of art," he said.

Lewis says he gained recognition in Macon when he painted on the #BlocktheHate mural around the Confederate statue in downtown. He painted George Stinney Jr. -- the youngest person to be sentenced to the electric chair.

"That was kind of my introduction to Macon, where we blocked the hate around the Confederate soldier and we did an art installation there, which is at the Tubman museum now. It feels good that's part of history as well," Lewis said.

He also has murals at Triangle Arts Macon, including his recent portrait of the U.S. Supreme Court Justice Ruth Bader Ginsburg.

"I just want to make a presence here the city. Put some beautiful things, beautiful artwork up so people can admire," he said.

Lewis even has a painting featured at the Smithsonian National Museum of African American History and Culture in Washington D.C.

"That's got to be my favorite piece, just because it's the biggest. Gosh, the biggest opportunity I've had," he said.

Currently Lewis is prepping for a drive-thru art show scheduled for November 13 at Triangle Arts Macon. He also has a solo art show coming up at the House of X-Art Gallery in December.