Houston County Fire Chief Chris Stoner says during the week, when all eight stations are staffed, it takes between five and eight minutes to respond. 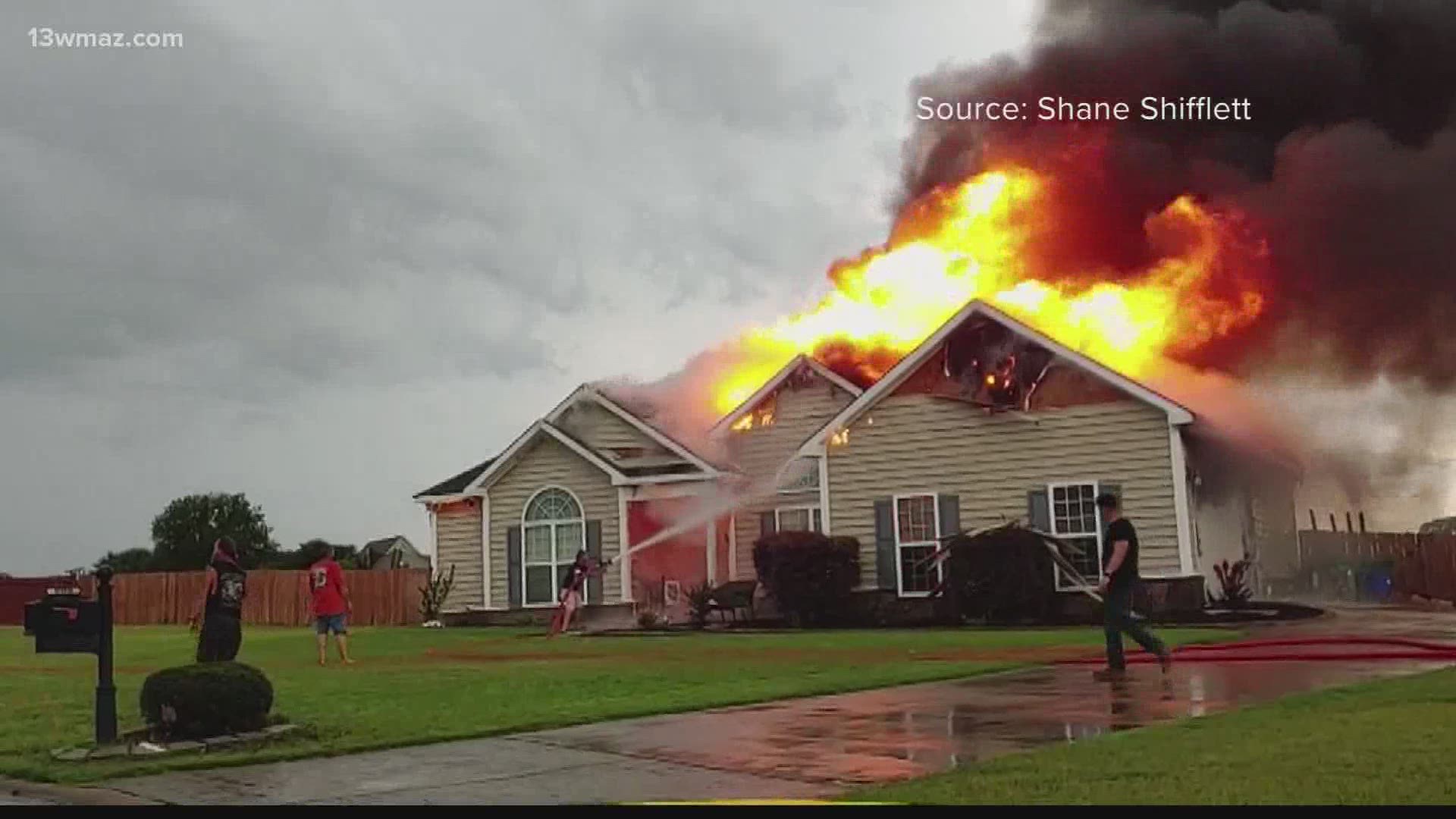 “It just depends, you know -- 20 minutes is probably a little bit longer than normal,” says Stoner.

He says during the week, it typically takes five to eight minutes for a crew to get to a fire. That's 12 to 15 minutes faster than it took the crew to arrive at Ogeechee Court after it was struck by lightning.

Station 6 near Perdue Farms responded to the call, which is 12 miles from the house.

Chief Chris Stoner says it's the only station in the county staffed with paid firefighters on the weekends.

He says one of the trucks was out on another call in Haynesville, but the shift commander stayed behind with the other truck because of the storms.

When they got the call around 5:30 p.m., the shift commander drove from Kathleen to Bonaire alone. About five minutes later, the volunteer Bonaire crew arrived.

“We did have personnel pick up the other apparatus at the station in Bonaire,” says Stoner.

That station is operated by volunteers who are typically at home when a call comes in, but he says there is no guarantee where they will be. One Bonaire volunteer who responded on Saturday was eating dinner at Longhorn Steakhouse. He got up from the table, got the station and then went to the scene.

“By the time they got to the station, got the truck in route, their on-scene time was 23 minutes.”

He says once both trucks were on scene, with the help of some off-duty firemen who live in the neighborhood, they were able to knock down the flames.

“Certainly having that station-paid coverage would've expedited that process dramatically, but again, the funding has got to come from somewhere,” says Stoner.

He says the department is funded by a fire tax which currently sits at 1.17 mills, and he says that hasn't changed since around 2001.

Now, that equals around $1.8 million, which covers expenses like salaries, truck maintenance, and water bills.

“Of course, with growth in the community, that has increased our budget slightly over the years.”

Over the last five years, he says they’ve added around $100,000 to their budget.

“It would be nice to have extra funding and extra staffing, and we could probably do a lot with that,” says Stoner. “I think that's a decision that the taxpayers in this community would have to make.”

Stoner says he was on the scene and, despite the time it took to get the trucks there, they got the fire knocked down pretty quickly.

“I absolutely hate that something like that happened on Saturday to that homeowner. We never like going out to those type of scenes.”

Stoner says right now they have 21 paid staff members and around 50 volunteers.

To view Chief Stoner’s full response to Saturday’s response times, you can view the document below.