'Love is the main thing for everything': Eastman couple celebrates 69 years of marriage

Even though they can't take cruises anymore, they still find ways to show each other that nearly 70 years down the road, they're still as happy as ever 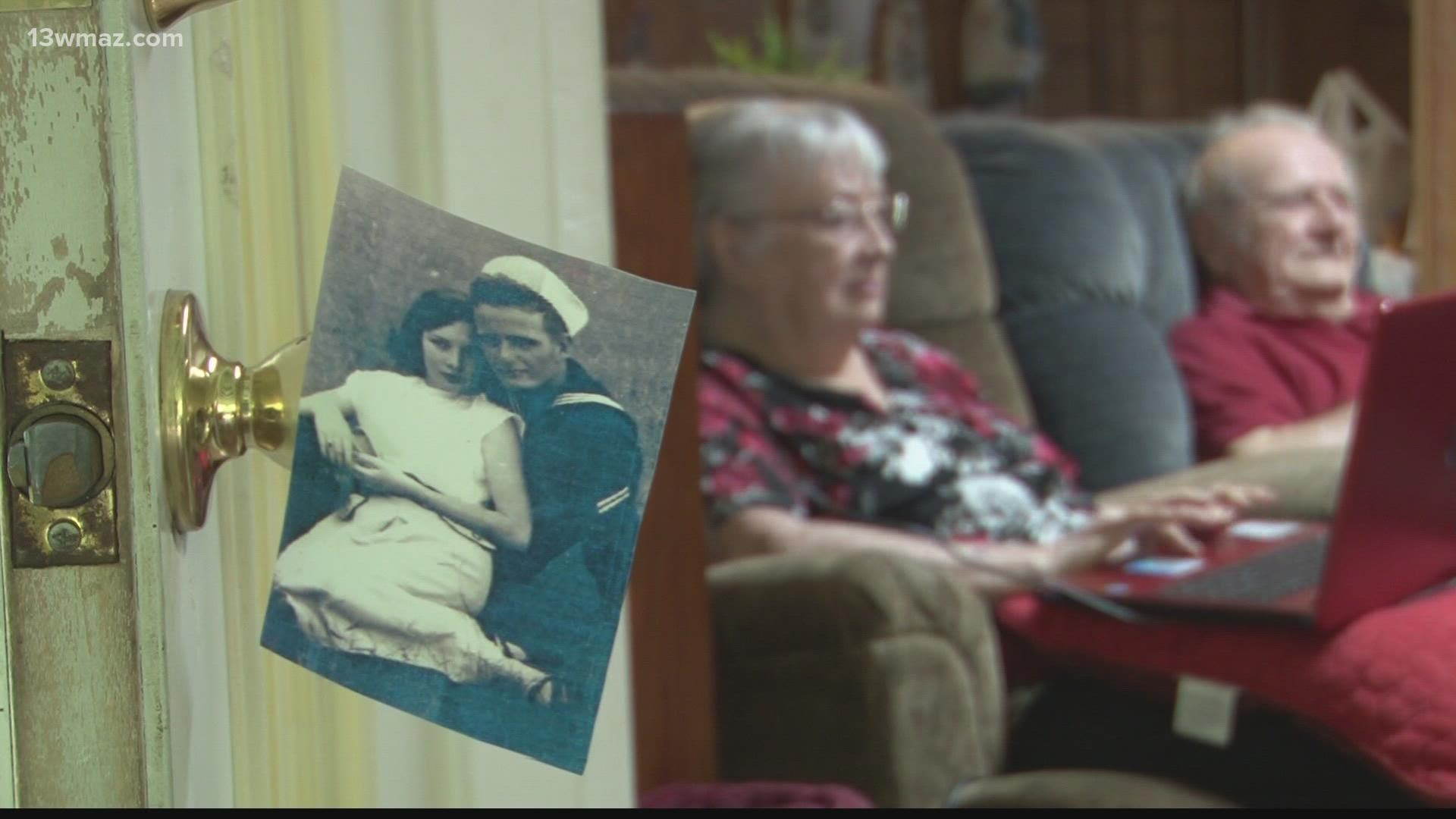 EASTMAN, Ga. — This week, one Eastman couple celebrated a big anniversary -- it's a milestone many never achieve. They have a deep appreciation of each other.

If you're trying to do the math, that's 69 years of bliss.

86-year-old Ronald gushes all about his wife. He says the real key to their marriage is a lifetime of working together.

"I eat sweets every morning for breakfast," he says.

Ronald is serious -- he loves cake, and maybe that's why he's got so much sugar running through his veins for his bride of almost seven decades.

"We sit here and hold hands because we love each other," says Ronald.

Ruby says, "I loved him from the start."

The start happened in Ronald's hometown of Thomaston.

"She would stay with her sister three months out of school, and that's how we met," he recalls.

Ruby continues, "I'd sit on the steps in the front and go around the back and he'd follow."

On a quick leave, he asked Ruby to marry him, and she said yes.

They didn't have time to celebrate -- the young serviceman had to get back to his ship to fight in Korea.

"They never did anything without the other one's approval. They were always together on any decisions that were made for the family," says Denise Campbell, one of the Halls' seven children.

Their kids meant everything to them. They took them camping and fishing, and after the kids grew up, Ronald convinced Ruby to take a cruises on their anniversaries.

"My life wouldn't be the same without her," says Ronald.

Ruby feels the same way, and even though they can't take cruises anymore, they still find ways to show each other that nearly 70 years down the road, they are still as happy as the young couple in those black-and-white snapshots of time.

Of course, when folks get to this age and achieve these kind of numbers, people want to know if they can share any wisdom.

"You get married, you say your vows until death do you part. He came home, he didn't run off and run around like a lot of other men did. He was always home with the family," Ruby says.

"Love is the main thing for everything," Ronald says.

The Halls' anniversary was Thursday.

Their daughters say they plan to bake them a cake this weekend.