Sammy "Junebug" Davis was shot and killed by officer Clayton Sutton in the parking lot of a Macon Kroger in 2012. Davis was unarmed. 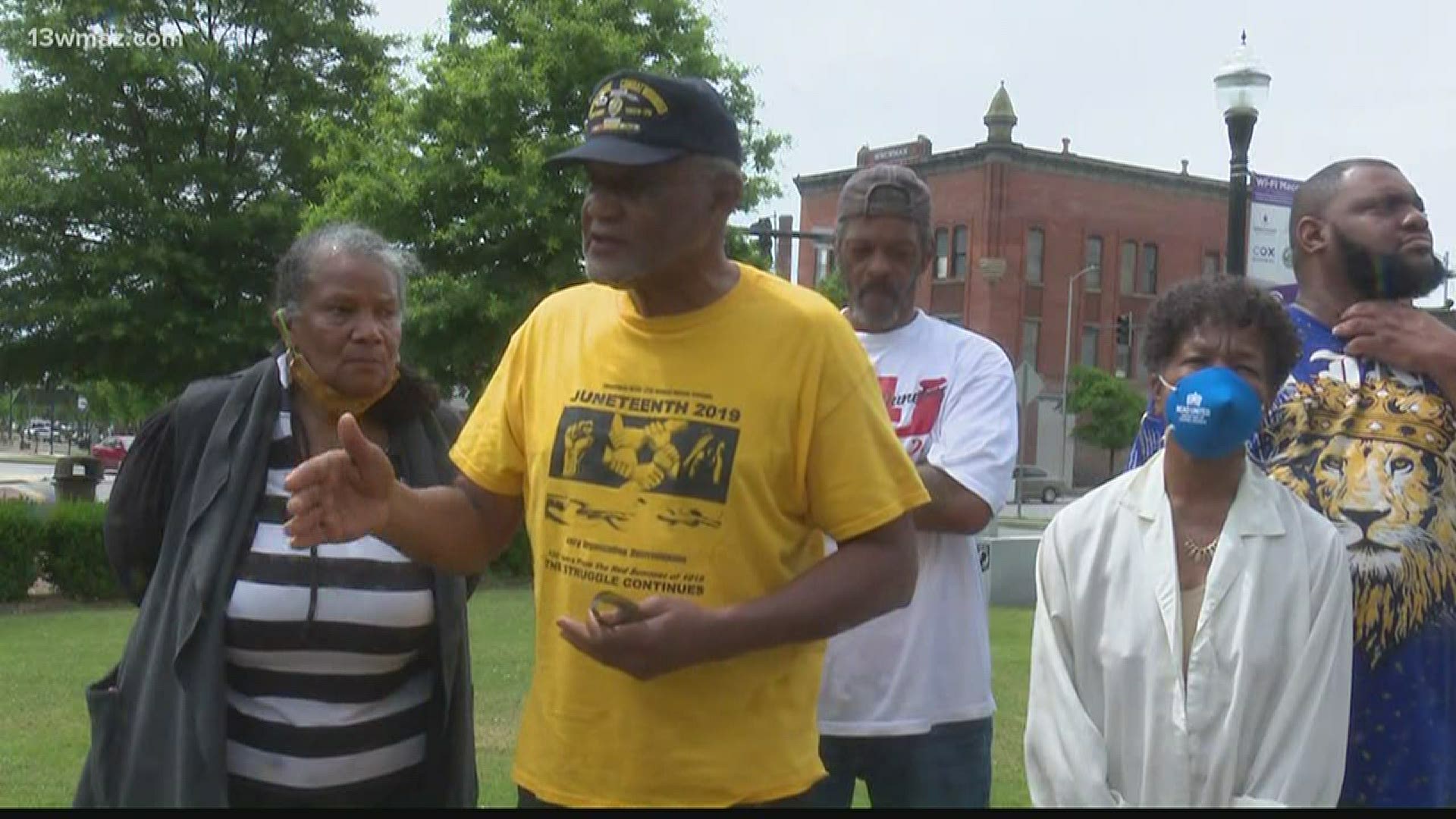 MACON, Ga. — A group of Macon activists say the 2012 shooting of Sammy "Junebug" Davis by a police officer should be reopened and investigated.

Davis was shot and killed by officer Clayton Sutton in the parking lot of a Macon Kroger. He was unarmed.

"And I took the position then, right in this spot as so many others gathered with me, and I take the position now that that case should be revisited. It should be reopened," Ellis said. "We know that you can get DNA on a suspect if you want to. Officers, they know how to do that."

At the time, 13WMAZ reported that Sutton had a history of suspensions and complaints, including allegations of excessive force.

The case led to protest marches in Macon.

Sheriff David Davis later fired Sutton for his actions in an unrelated case.

"Civil rights investigations do not start and stop with the local U.S. attorney," Ellis said.

In response to the press conference, DA David Cooke said the following:

My first act as DA was to call in the GBI to re-examine the evidence as a neutral and objective third party. My office then reviewed the GBI’s findings and we also provided a copy of the evidence to the U.S. Justice Department under U.S. Attorney Eric Holder and President Barack Obama for an additional review. Both independent reviews concluded there was no evidence to pursue charges against Officer Sutton.

Should there be any new credible evidence that calls into question the forensic evidence that corroborated eyewitness testimony, I would personally be more than happy to reopen the case.

It’s important that justice is fair, and that we give our community ample reason to trust our decisions. That’s why this case was the first under a new policy I set for the Macon Judicial Circuit in my first act as DA back in 2013, and that we’ve continued to use to this day -- the GBI conducts independent investigations into all officer-involved shootings and deadly uses of force. If this policy had been enacted in Minneapolis and Glynn County, arrests would have happened in Mr. Floyd’s and Mr. Arbery’s deaths much sooner.

As always, we remain willing to reopen any case where new evidence comes to light.”

Everything you need to know about Central Georgia's upcoming primary election