Randy Heart's art is a simple reminder to pause and exhale 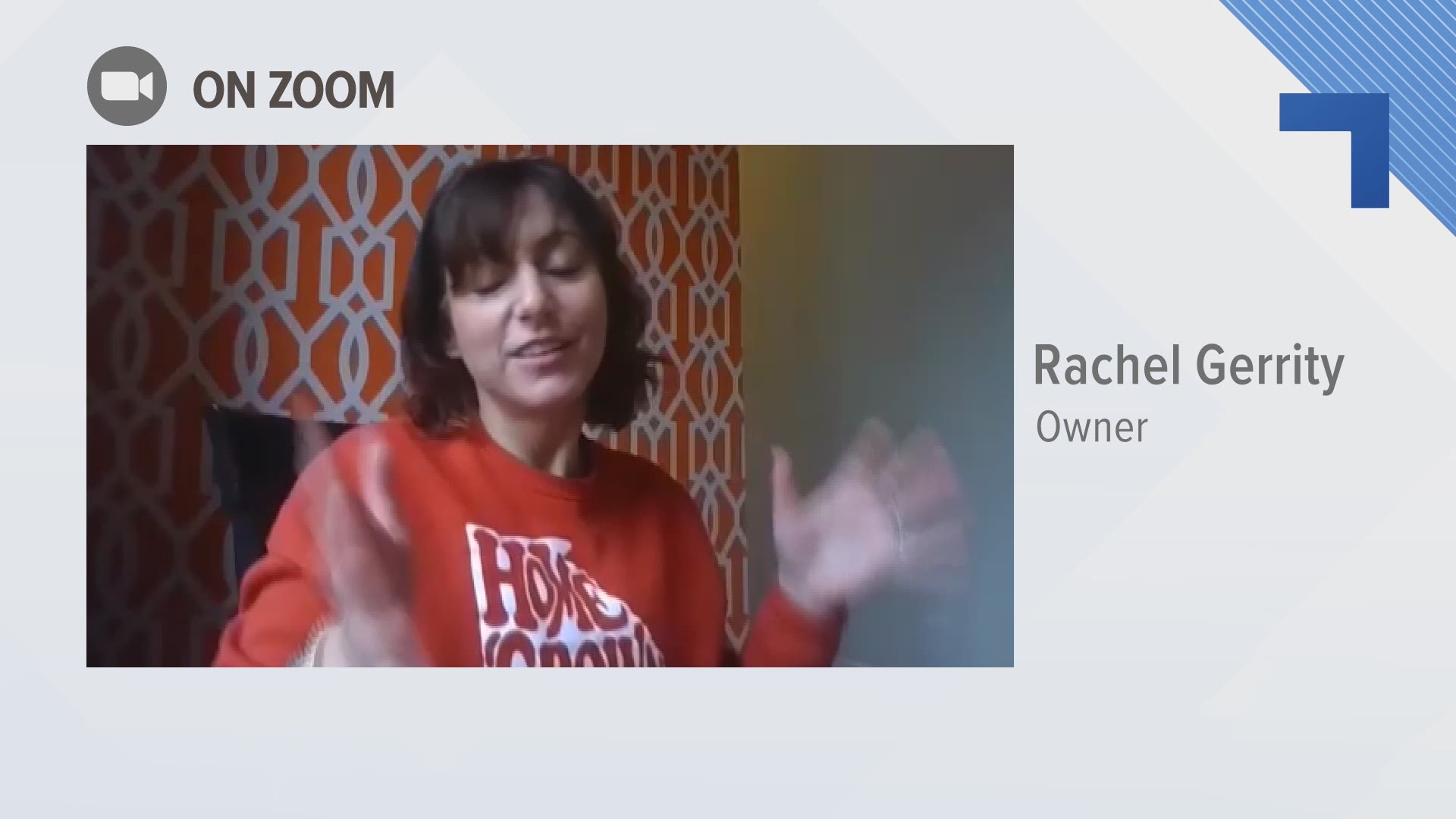 MACON, Ga. — One building is now sure to catch your attention on Vineville Avenue with a brightly-colored mural of something we all need to be reminded to do from time to time -- breathe.

Gerrity says she always planned on having Heart be part of the process in opening her third studio.

"Before we even found a location... I knew that I wanted Randy Heart involved in the project," she recalled.

Gerrity says Heart brings art to life for both those who look at his work and those who participate in helping him construct it.

"A lot of people think that yoga is poses and you come in and do poses, but it's really a way of living," she said. "Although Randy may not be a yogi, Randy's life and his work is what yoga represents... so it's a way for us to visually show people what yoga's about to us, and what our community is about."

Gerrity found him on social media and took her daughter, an aspiring artist, to one of his installations. She says within minutes, Heart was showing her daughter how to spray and hold the can of spray paint.

"He lives exactly what his art represents," she said.

An event was held on Wednesday where people could come and watch Heart paint. There was even a change from them to get in on the action.

Around 50 people showed up; many of them bringing their children.

Gerrity says kids spray painted their names on the sidewalk, and that she plans to keep their art on display.

As for what the art says, the words "inhale" and "exhale" can be seen in bold red letters. Gerrity says it reminds people to "take a moment to breathe."

Heart should finish up in the next few days.

The studio is located at 2995 Vineville Avenue and will be opening in the beginning of February. Gerrity also has two more Homegrown Yoga locations: one in Warner Robins and one in Perry.