One Macon auto glass shop stepped in to help people whose cars were damaged. 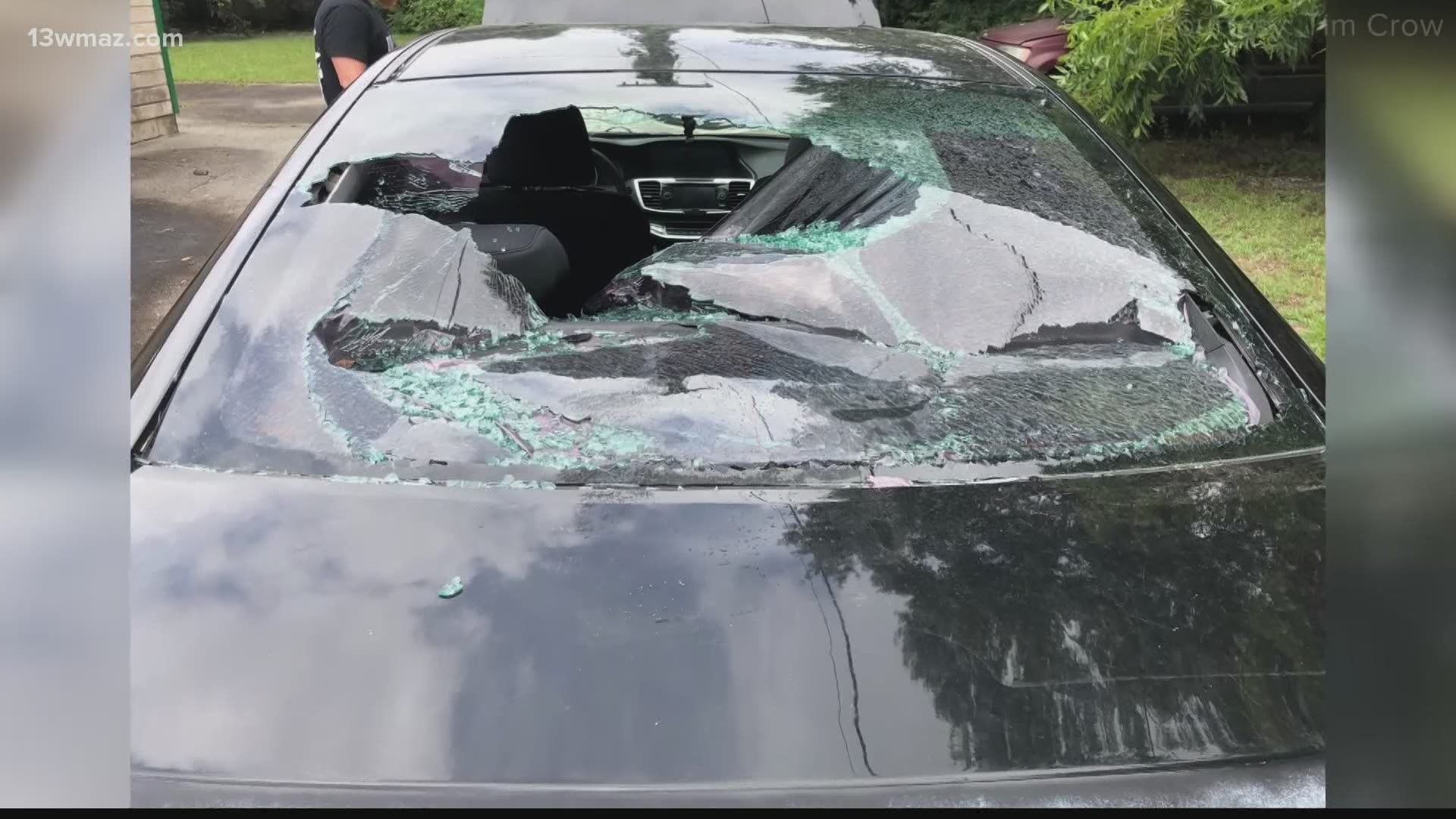 MACON, Ga. — On Tuesday, people on Facebook were sharing pictures of various damage to their cars from debris being thrown from an overpass.

"We commented on about eight, and we fixed six and there's probably more," says Tim Crow with Crow's Auto Glass Shop.

Crow says they spent the day commenting on posts, letting people know that they will fix their windshields for free. He says some of the damage was worse than others.

"One that we did, it was a Silverado, it had hit the hood twice so hard that it put the holes in the hood, it went completely through the windshield and through his dash. The one we did today for the Battles, they were a little on the lucky side that it didn't come all the way through," says Crow.

Crow says the windshield for the Battles was an easy fix, but he didn't do it for the recognition. He did it to give back to his community.

"We've been blessed to be in business for eight years now, and Macon supports us nonstop. It's just one way we can give back to the community, we don't have to make money every time we do a job," he says.

Crow says the act of kindness and social media buzz has also helped his business grow, especially for willing customers who will pay for the services.

"We've actually had multiple people reach out, trying to support us and they been very clear, like, 'Hey, we've seen your post about helping the people, we weren't involved in that, but we'd like to get a quote from you and support you for doing that,'" says Crow.

Crow's Auto Glass Shop is completely mobile and travels to the customer's home or place of business.

RELATED: Bibb deputies investigating after objects thrown at cars from I-75 overpass