The proceeds from the 5K and 1-mile races were donated to the Warner Robins Chapter of Team Red, White & Blue. 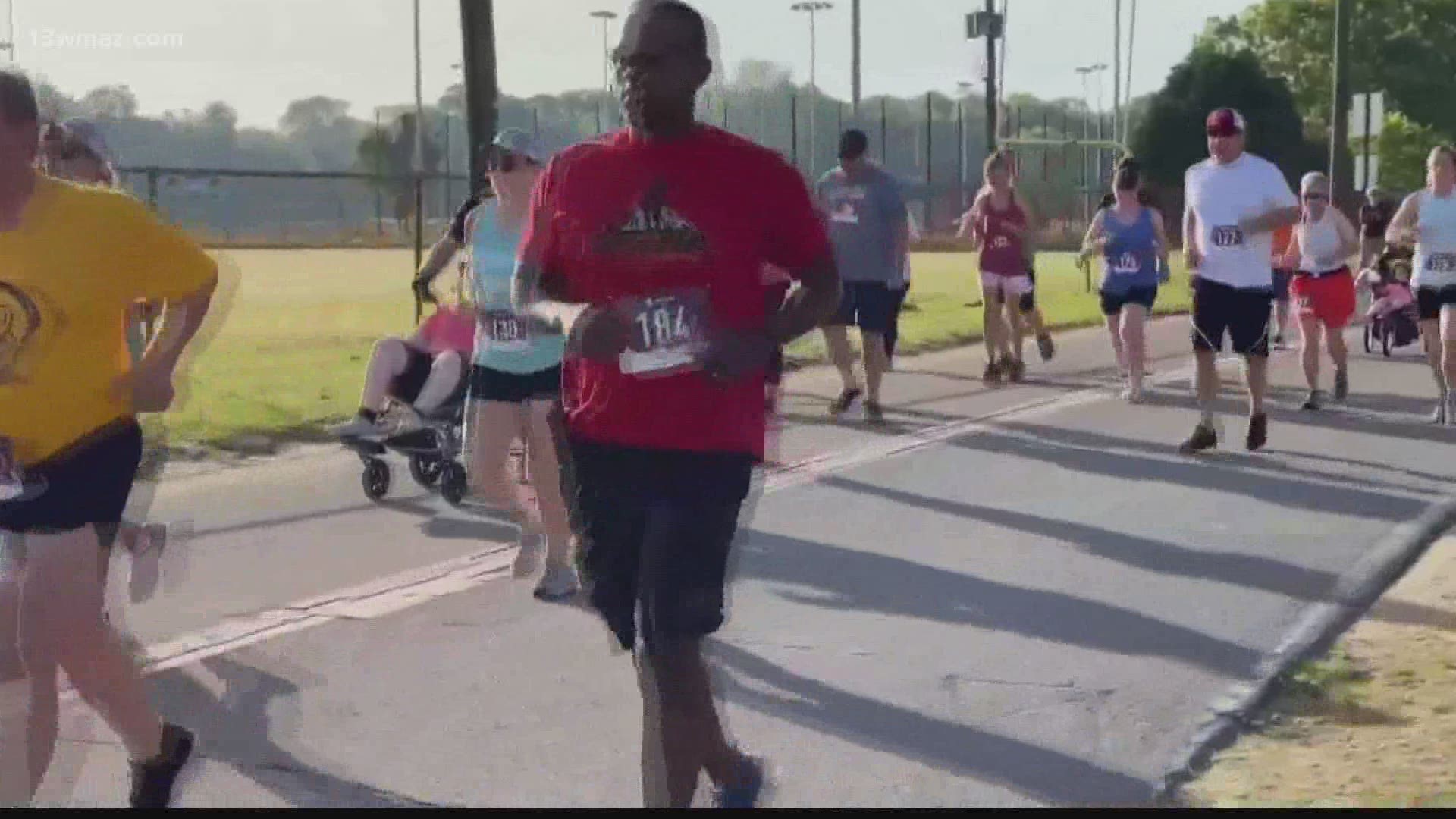 The event included a 5K and 1-mile fun run. All runners finished the race inside the stadium.

The 5K started at 8 a.m., and the fun run kicked off an hour later.

The fun run included bacon-eating stations every quarter mile. Prizes were awarded to the top finishers in each age group and top three finishers overall.

Proceeds from the event will be donated to the Warner Robins Chapter of Team Red, White & Blue. 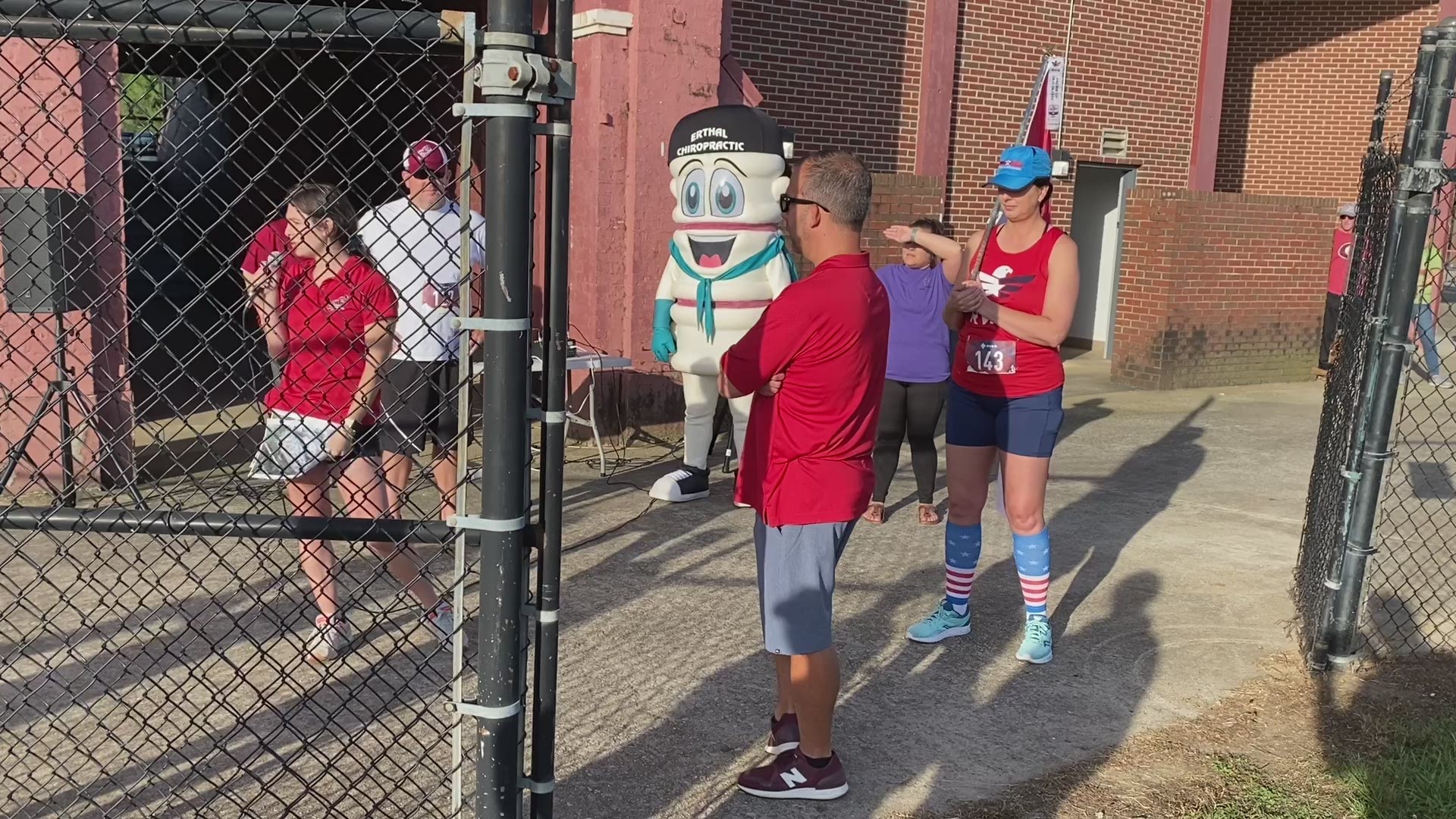