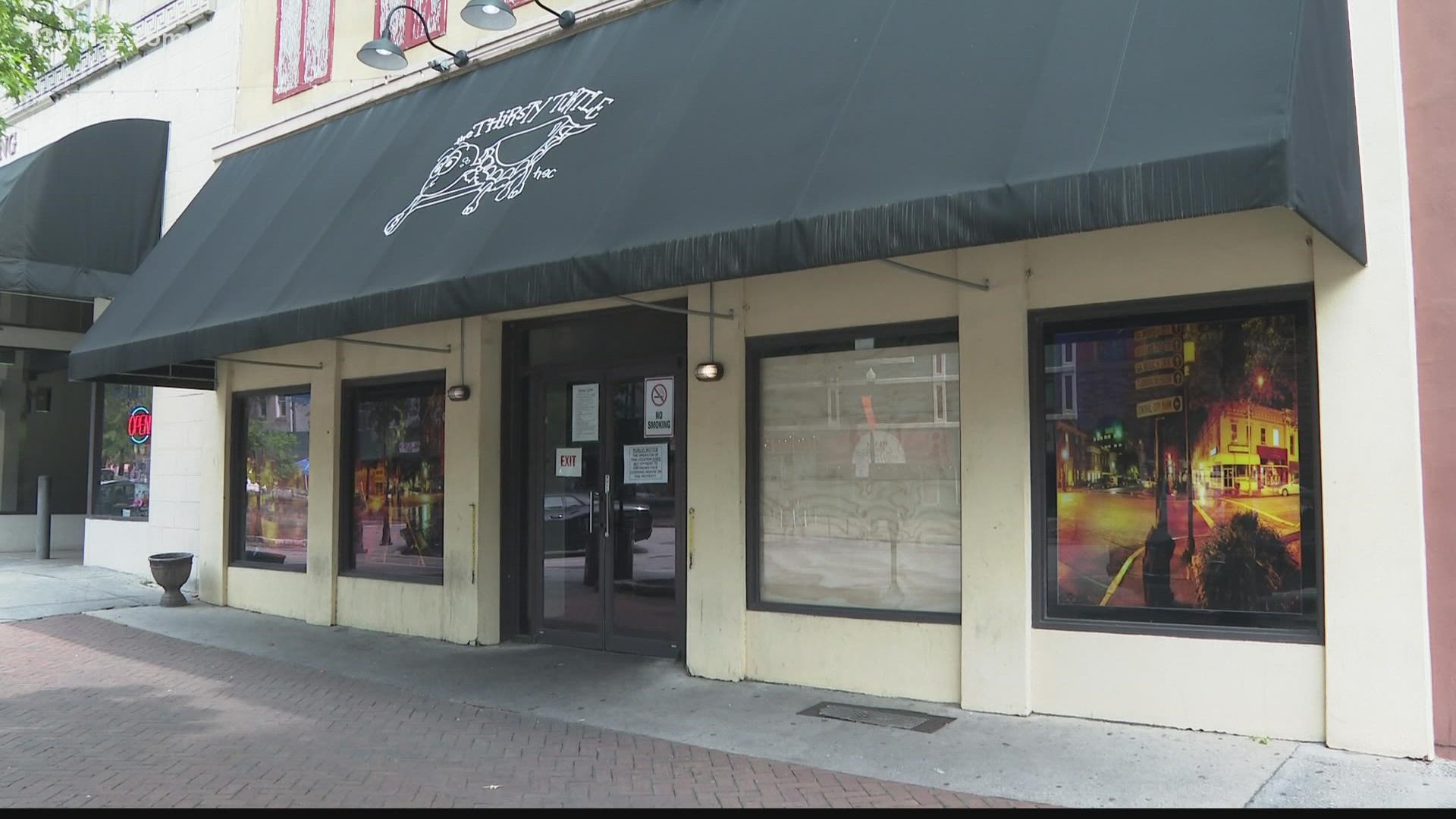 Macon-Bibb County is giving the Thirsty Turtle two options -- surrender their license within 30 days or the county will revoke the license.

The latest step from the county comes after two deadly shootings near the establishment in the past year--November 2020 and July 2021.  After both shootings, Sheriff David Davis temporarily suspended the club's license for 90 days.

Tuesday, Mayor Lester Miller introduced a motion in lieu of outright revoking the bar’s alcohol license, which allows Tim Obelgoner to “surrender” the alcohol license within a month or the county could permanently close it.

Commissioners approved the motion Tuesday for the County Attorney’s office to notify the Thirsty Turtle of the Mayor’s recommendation.

Miller says if Tim Obelgoner, owner of the Thirsty Turtle, does not surrender the license within 30 days, the county could hold a hearing to permanently revoke the license.

Under county law, there cannot be any “similar businesses” there for at least a 12-month period of time.

Once a person’s license is revoked under county law, that person cannot apply for a new license for two years.

13WMAZ reached out to Obelgoner after the motion. He declined to comment.

Miller says the county is giving this ultimatum based on what the Sheriff's Office found in their investigation.

At the commission meeting, Maj. Chris Patterson, head of the Criminal Investigation Division at the Bibb County Sheriff's Office's, said investigators did find a connection between the July shooting and the Thirsty Turtle.

However, Patterson would not give details on camera. "But we have enough to connect," Patterson said.

Instead, the Sheriff's Office gave a copy of a letter from Sheriff David Davis to Mayor Lester Miller that tells us more about the July 24tth shooting on Cherry Street that killed two people.

Sheriff Davis wrote that security camera footage showed that the suspected shooter, 22-year-old Jacorey Meadows, had been inside the Thirsty Turtle that night. So were many of the victims.

Again, he cited our interview with General Manager Matthew Obelgoner who told us that the shooting happened after a fight at the Thirsty Turtle.

“We had a fight inside. We pushed them outside and apparently someone was waiting on the corner of Cherry Street with a gun already. As the fight from the club came outside, it kind of intertwined with what was going on outside,” said Thirsty Turtle general manager, Matthew Obelgoner.

On Black Friday 2020, a shooting along Cherry Street left one woman dead and seven others injured. The Bibb County Sheriff’s Office says it started with a fight either inside or outside of the Thirsty Turtle.

The commission didn’t act in that instance, so the bar received its license back.

This summer, another shooting on Cherry Street that left two people dead and two others injured.

Sheriff Davis says a fight began near the Thirsty Turtle. Shots were fired and then the chaos moved down the street.

The sheriff’s office suspended the bar’s alcohol license again after that shooting in July.