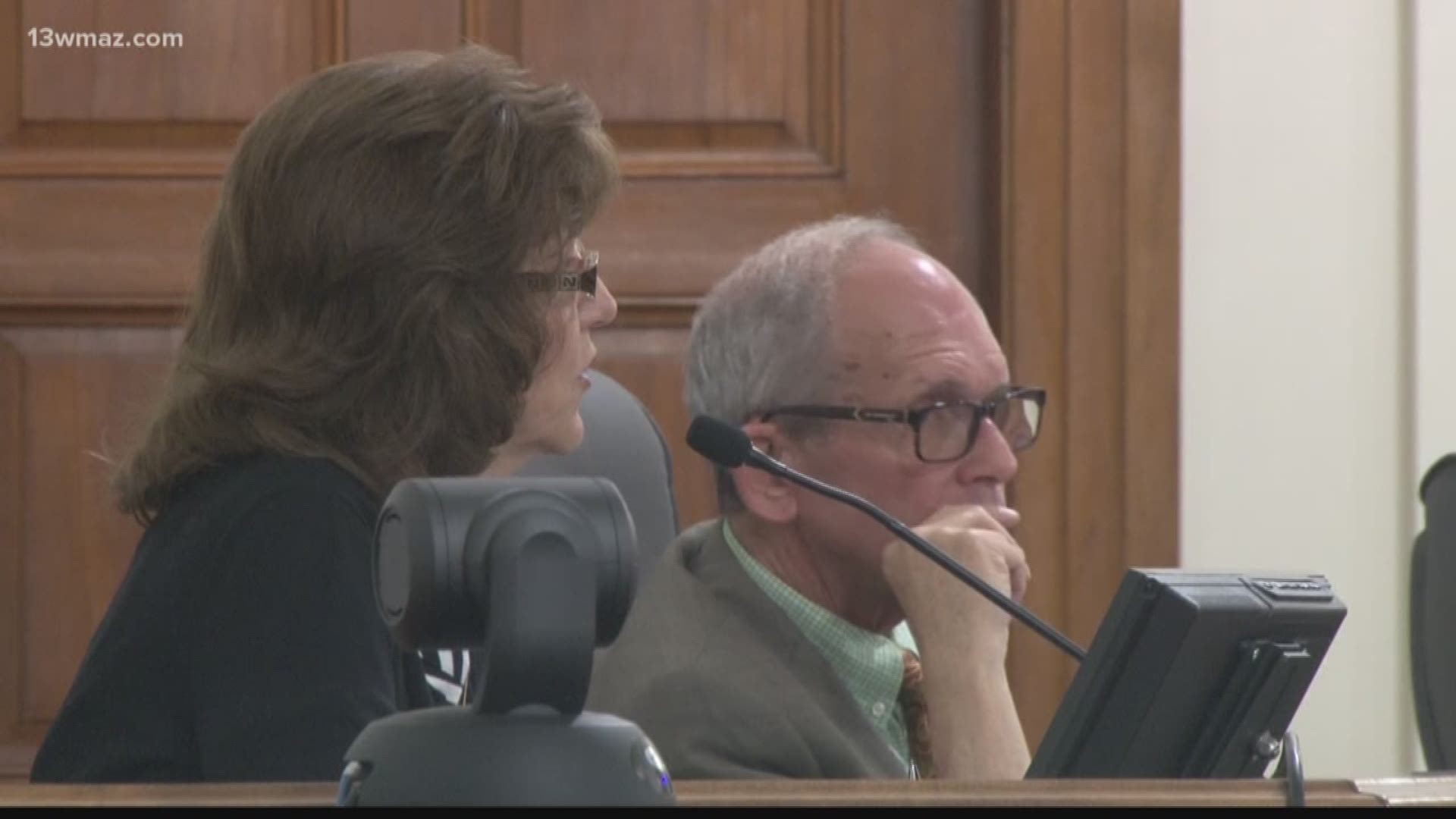 Bibb commissioners approved about $15 million on Wednesday to fund outside agencies that had been previously cut.

While protestors carried on outside, plenty of people signed up to have their voice heard at the commission meeting.

Many people who showed up were concerned that if libraries, parks and public transportation remained unfunded that it could spell disaster for the city.

Commissioners raised their hands for amendments to the bare-bones interim budget that was passed last week.

They approved more than $15 million for funding towards programs cut in the last budget, such as transportation, libraries, and parks and recreation, which will result in an increase of four mills.

One thing that did not pass was funding to Navicent Health.

New District 1 commissioner Valerie Wynn voted no to every amendment on the table.

“Our city balance fund is down to $4 million. You know we were very close to having to dip into that again and we were already too low,” said Wynn.

Meanwhile, other commissioners say that refunding these outside agencies is important to keeping the city going.

“I’m ecstatic about it, those were good decisions,” said Virgil Watkins.

Watkins, the chairman of the operations and finance committee, says in the next month, commissioners will work to find solutions to the budget like a pensions contribution plan that could restore $2.5 million to the general fund.

He says what was passed Tuesday puts the county well on their way to a final plan.