'We're under pressure': Macon-Bibb commissioners resume discussion on the future of the landfill

The county says they'll need to close the Walker Road Landfill in the next year and a half. 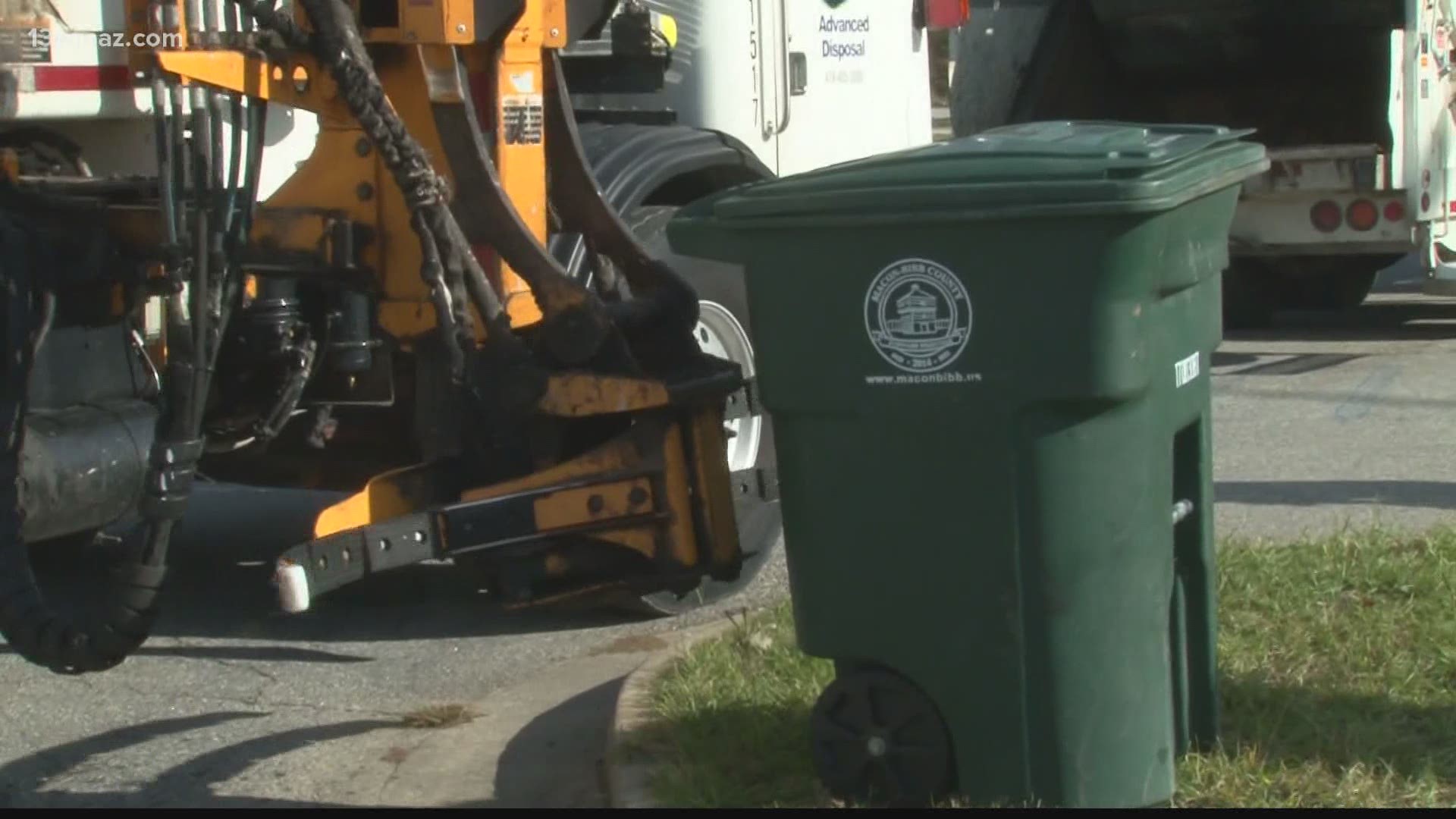 MACON, Ga. — Macon-Bibb County says they have around a year and a half to close the Walker Road Landfill.

Now, they're making plans on how to close it under Environmental Protection standards and where trash will go once that landfill is closed.

According to Mayor Robert Reichert, the Environmental Protection Division says they're no longer giving the county additional vertical expansions for the Walker Road Landfill.

"We're under pressure by EPD to get it closed, and it's hopelessly inefficient in its operations," Reichert said.

Mayor Reichert says the best option is to buy a piece of land on Mead Road.

It would provide the certain type of dirt needed to close the Walker Road Landfill, and it would also be the site of a construction and demolition landfill.

Reichert says the county owes this new landfill to the people of Macon-Bibb.

"So that they can carry debris from construction projects and demolition, we can carry houses that we tear down as part as the blight initiative. When we tear that down, we can carry it and dispose of it in a cost-effective and cost-efficient way," Reichert said.

Talks of closing the landfill have been ongoing over the last five years.

Macon-Bibb County has had a history of failed inspections.

As for everyday household garbage, Reichert is proposing that the county open a station to transfer that trash to another county. Reichert says there's no place in Macon-Bibb County suitable for a Municipal Solid Waste (MSW) landfill used for household trash.

"Any place you look, you're going to face a firestorm and a 10-year delay before you get it permitted for MSW, and probably not even going to get it here in Macon-Bibb County because all the different requirements," Reichert said.

Reichert and Engineering Consultant Carl Hofstadter say the transfer station is a good option for household waste; however, it's not worth it for a construction and demolition landfill because of the fees attached.

Hofstadter says the county could save around $500,000 a year in tipping fees based on the construction and demolition materials being disposed in the county now.

Overall, the county is considering putting around $8 million into purchasing this land. Hofstadter says the county could get five million cubic yards of disposable space.

The county attorney's office says they're working through the contract to purchase the property on Mead Road.

The proposal has already gotten some push back. Commissioner Watkins says Macon-Bibb needs to take its time and choose a cost efficient and environmentally friendly option.

"It's not a quick process... So, making a decision, rushing a decision this week...versus everyone taking their time and making sure we reviewed and made a good decision over the next month or two is not unreasonable... and won't have a detrimental impact on anything at this point," Watkins said.

Commissioners could discuss the proposal again as soon as next Tuesday.