Macon-Bibb may pay $8.7 million for possible landfill site and dirt 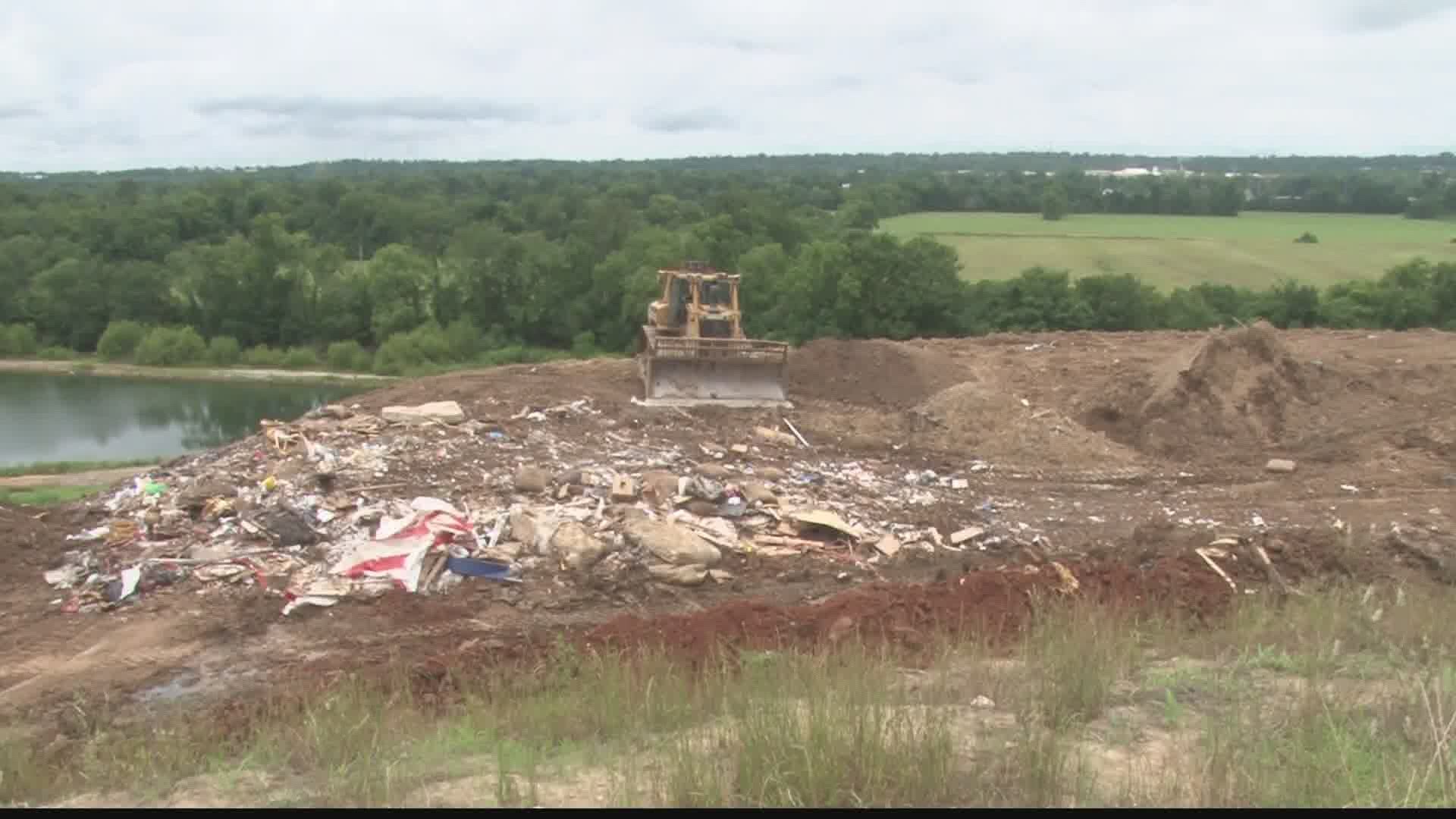 CLARIFICATION: According to Bibb County spokesman Chris Floore, Bibb County plans to pay the landowner $3.05 million for dirt from the Mead Road site.

If the state grants a permit to use the land as a landfill for construction and demolition debris, the county will then buy the site for $5.7 million. If the permit falls through, the county gets that money back from escrow and the sale won't go through.

Bibb County has a deadline to close its landfill.

The commission is discussing spending millions for a piece of land that would be used to shut down the current site and open up a construction and demolition landfill, also known as a C and D landfill. The potential cost is $8.75 million.

The property is at 4300 Mead Road, right off Broadway.

Now, Mayor Robert Reichert says since the state has cleared the site for dumping construction and demolition debris, it's worth much more. He says it's like finding a gold mine.

"The tax value has nothing to do with the gold mine they found underneath," Reichert said. "The idea that this has been permitted as a site suitability study by the EPD [state Environmental Protection Division] as an appropriate location for a C and D landfill. It's just like a gold mine. It increases the value of the property exponentially."

According to a resolution before the county commission, the county would pay up $3 million as a down payment. Reichert says that's approximately how much it would cost for the dirt which is needed to close the Walker Road Landfill.

"It's not just any old kind of dirt. It is a clay compaction type dirt that can be compacted so as to shed water, and water can't get through it," Reichert said.

He says the county needs a lot of it because they'll have to cover 120 acres with that type of dirt 18 inches deep.

"To propose us spending 8 million dollars for the land, that not including any construction or build out work on it, is alarming," said Commissioner Virgil Watkins.

Watkins says the county doesn't need to rush into the agreement to buy the land and should look into other options.

However, Reichert says the county can't wait too much longer to act for two reasons. First, they're under a strict state deadline to close the Walker Road Landfill in around the next year and a half. Second, he says, a private group could buy this property by next year.

"This is the only site I think they will find and be able to permit as a C and D landfill in Bibb county without going through a long, protracted, costly, legal battle to get another site situated or approved somewhere else in Bibb County," Reichert said.

Adding to that, the Mayor claims it could take 10 years to try to find another site like this.

Last week, the deal was tabled, but commission is expected to discuss it more next Tuesday.