'It takes everybody to be involved': County, Keep Macon-Bibb Beautiful launch initiative to clean up illegal dumps, litter 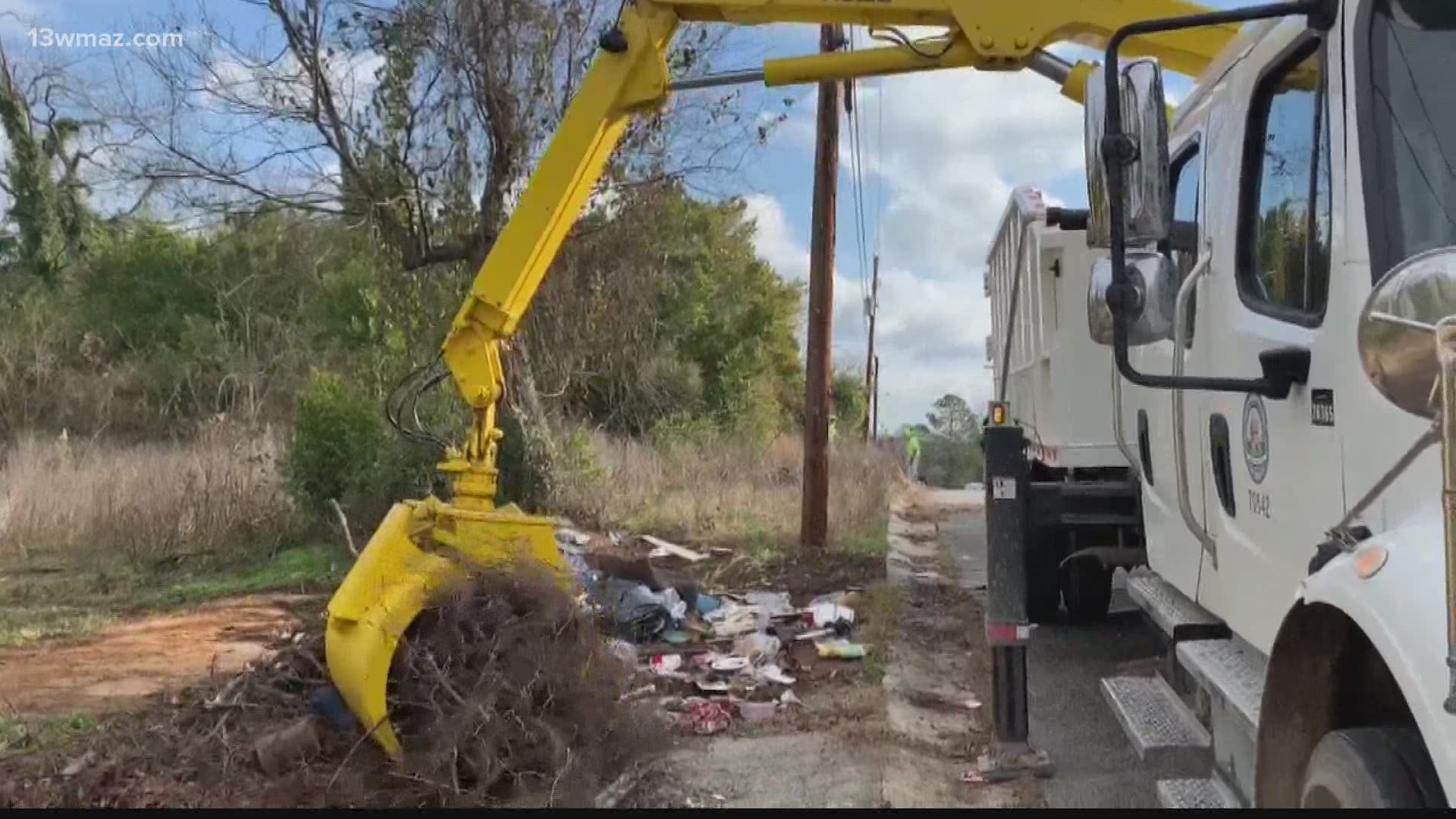 MACON, Ga. — There's a major push to clean up parts of Macon-Bibb County. Mayor Lester Miller along with Keep Macon-Bibb Beautiful and other county departments announced a new partnership for a data-driven and focused neighborhood clean-up initiative.

On Friday, they started that effort in the Pleasant Hill neighborhood where we spent the afternoon talking to people who live in the area.

Stanley Billingsly has a route around the neighborhood, picking up trash off the sides of the road.

"If it don't work no more, they put it out there on the streets," Billingsly said. "What's wrong with putting it in the garbage can and let the city get it? They let it lay there for months, years."

He says he spends most of his time on the route picking up cans.

"Wherever they're selling beers, they're going to be some cans," Billingsly said, which he then recycles for money.

"These pay the most," Billingsly said pointing out cans in the bed of his truck.

People who live here in the Pleasant Hill neighborhood say they just want the littering and illegal dumping to stop.

"It saddens me. It really saddens me. Because like I said, they don't necessarily live here. It hurts me because they wouldn't want anyone to come in their area or where they live to just dump stuff that they don't want," Barnes said.

Shannon Barnes has lived here for over 20 years and says the illegal dumping has deep effects on a neighborhood and can lead to other problems--like blight and crime.

That's why the county says they're stepping up. On Friday, the county began cleaning up an illegal dump in the Pleasant Hill neighborhood.

Mayor Lester Miller says this initiative is different than past efforts. It's data driven through their See Click Fix app and website.

"To know what type of debris we have, where its concentrated at, and how best to get our workers out there," Miller said.

This effort is more than just in Pleasant Hill. It's a county-wide initiative.

But, Miller says the county can't do this on their own. They're working with temporary agencies and asking for volunteers.

"We're seeking help from churches, organizations, businesses, schools to register to clean up as well as neighborhood groups to register for cleanups to clean their neighborhoods," said Caroline Childs, executive director of Keep Macon-Bibb Beautiful.

Barnes is echoing that and the need to clean up across the county.

"It takes everybody to be involved. To make things better. You can't depend on one or two or three people, it takes all people," Barnes said.

You can report illegal dumping, littering, or other issues here on See Click Fix.

The county says you can volunteer to hold a neighborhood cleanup here.