A state law says counties must take action in 270 days or the permit expires. Now, the county is working to get back on track and get a handle of blight 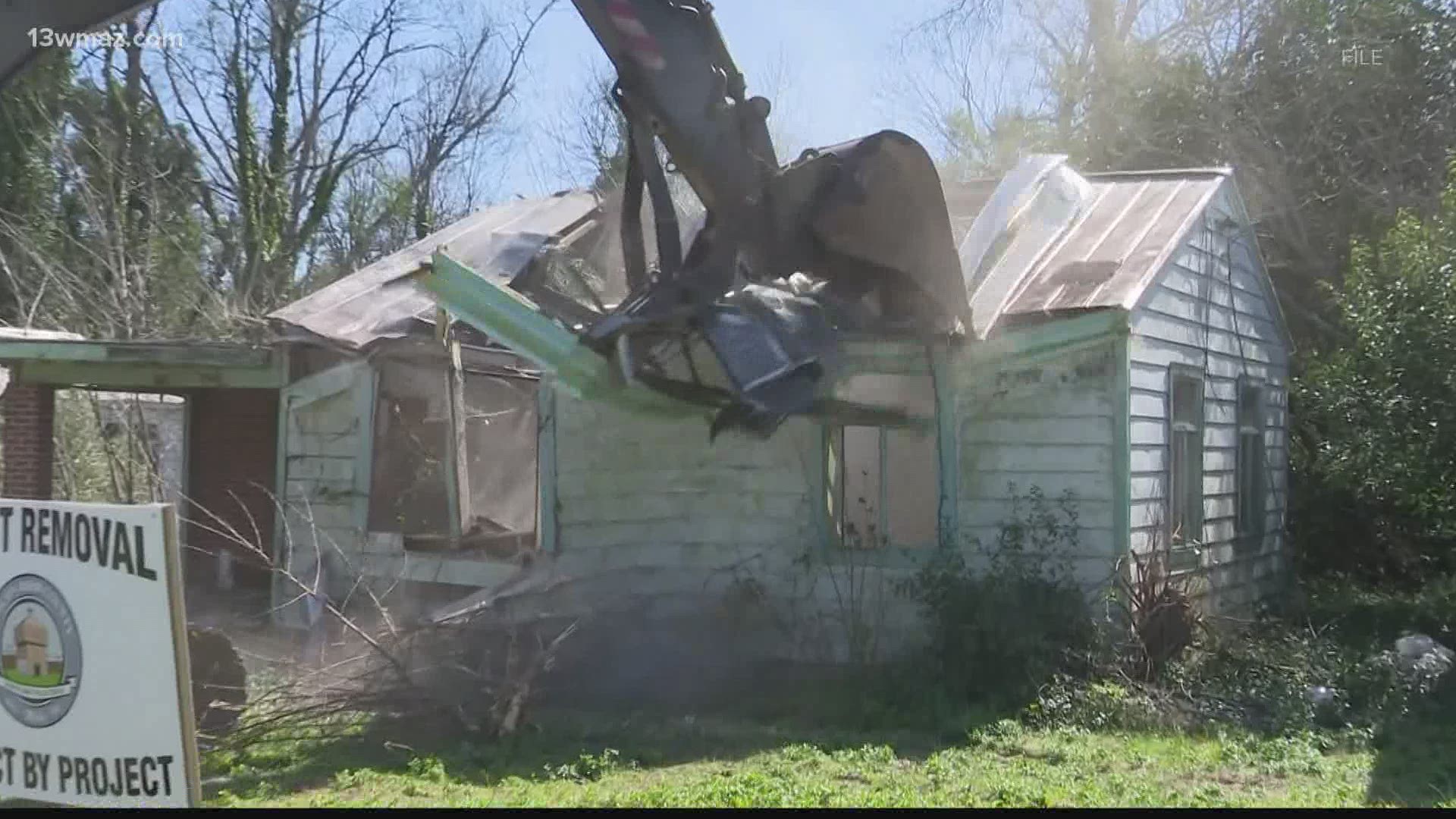 MACON, Ga. — Macon-Bibb County took a step forward in cracking down on blight.

On Tuesday, a committee approved former GBI investigator and Sheriff candidate JT Ricketson as the director of code enforcement. Next week, it goes before full commission for a final vote. Moving forward, the county says they'll explore restructuring the department to streamline the court process and demolition.

"We determined that not one house qualified for demolition because every single house we had for demo had expired," Miller said.

A state law says counties must take action in 270 days or the permits expires.

"Although the abatement officers did their jobs and carried out the policies and procedures they had, it got to the point when they got a demo order from a judge, and then it just sat in a file with nothing else to do -- no checks and balances, no referrals to a different department," Miller said.

Miller says he wants to bring in Ricketson as director, restructure the department to make it effective, and streamline the process to bust blight.

County leaders say the key moving forward will be coordination between code enforcement, the fire department, the courts, the county attorney's office and other departments.

County officials say they will focus on the worst offenders and work down to the least.

"Our priorities are our dilapidated and dangerous homes we have and properties," Ricketson said.

Miller says the county can start by taking down burnt structures by working with the fire department and putting in place protocols for the future to avoid any more blight.

"The fire chief will notify code enforcement that a structure has been burned because they will get called out there. The attorney will send a letter to the homeowner as well as the insurance company, placing them on notice that this has been in a fire. We'll place a lien on the property, and generally they do not cut a check to the owner without taking care of the lien," Miller said.

Miller says the county could start demolishing burnt homes as early as February and March, but he expects to have several blighted homes and buildings demolished by the end of the year. He plan to ask commission for approval of general funds to do that.

We reached out to Mayor Robert Reichert if he'd like to respond to Miller saying at least 600 demolition permits had expired because the county didn't take action. Reichert said he did not wish to comment.