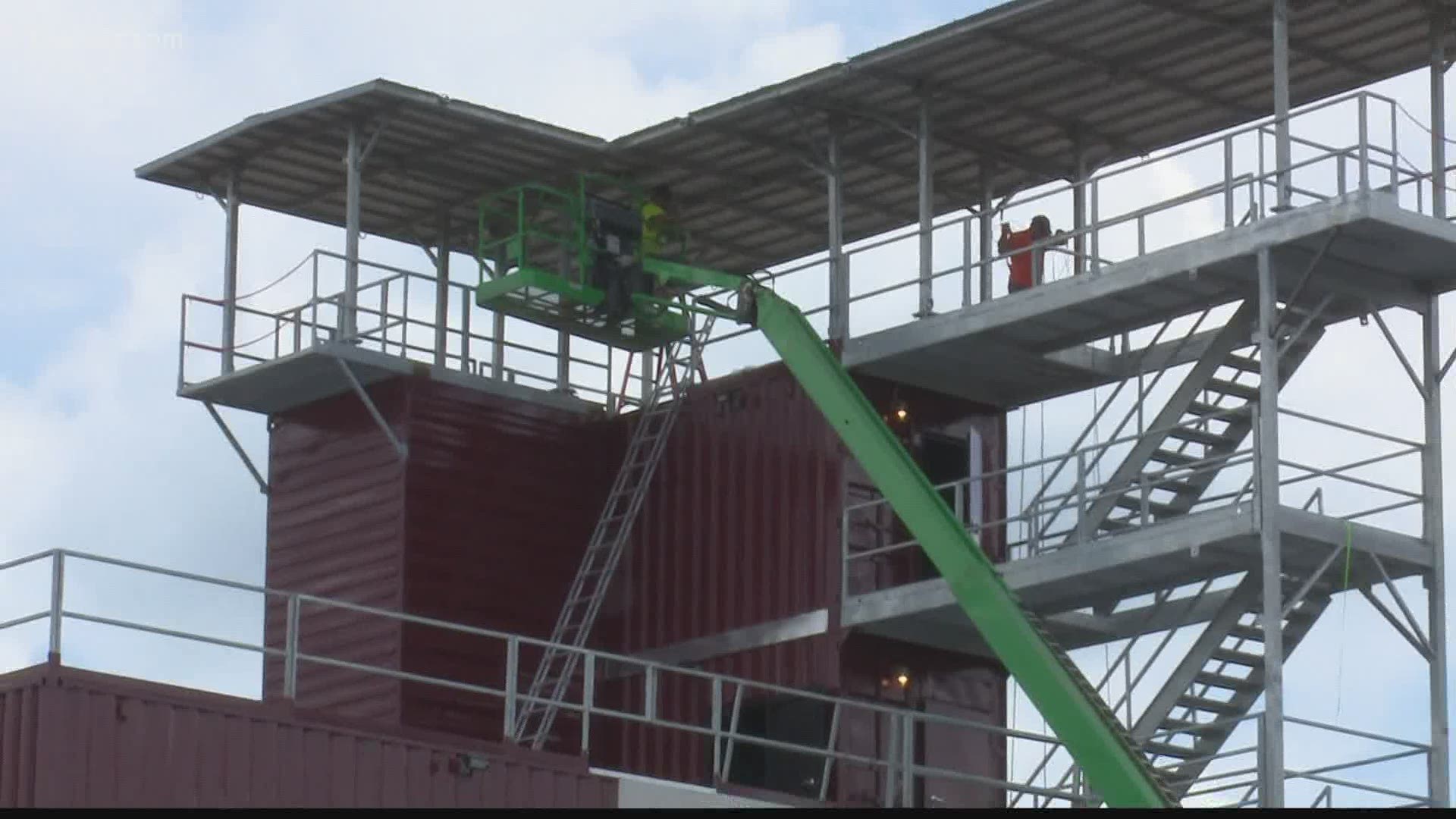 MACON, Ga. — On Tuesday, Macon-Bibb Commissioners got the chance to see inside the current county firefighter training facility. Mayor Lester Miller says they left knowing something needs to be done immediately.

The two live fire training buildings are specifically what the Macon-Bibb commission took a look at on Tuesday. They say it's in desperate need of upgrading to keep firefighters safe during training.

"Soon as we arrived there at the training facility, I think we heard a lot of gasps from our commissioners, a lot of shock, a lot of disbelief," says Mayor Lester Miller.

"Frankly, I thought that the structures were unsafe and we're really really proud of the leadership of the fire department for saying they can't use them," says Mayor Pro Tem Seth Clark.

Miller and Clark say just hours after leaving Tinker Drive, they knew it was time to make improvements.

"We went there, we also visited the Houston County facility, it was like day and night. We're a first class operation and our training facility should show that," says Miller.

Miller says the work could cost between about $750,000 and $2.5 million, depending on how many upgrades they ultimately decide on.

Interim Fire Chief Shane Edwards says one building was built 40 years ago, and the other was built in 2005 by the firefighters themselves.

"The structures have become old, they're rusted, there's some floor areas that are missing, there's a lot of upgrades that need to be replaced and rebuilt," says Edwards.

Edwards says firefighters are required to complete about 220 hours of training per year, and in the meantime, they've had to rely on training in other counties or the Georgia Public Safety Training Center.

He says the hope is to take some elements and facility ideas from their neighbors in Houston County, who got a new facility less than two years ago.

"They can actually monitor the temperature that's inside that structure when they're doing live fire burns and from the outside, their safety officers, they will see what the temperature is, how hot it is, if it gets a little bit too hot, they're able to go in, pull those teams out, get it back where it needs to be," he says.

Edwards says they're short about 89 firefighters right now, but he's hoping with new upgraded technology, that will be a recruiting tool to bring in more.

Miller says the funding for these upgrades will come from SPLOST money, and the proposal for the commission will be drawn up within the next few days.