Kumho Tire is one of more than a dozen industries looking for workers. 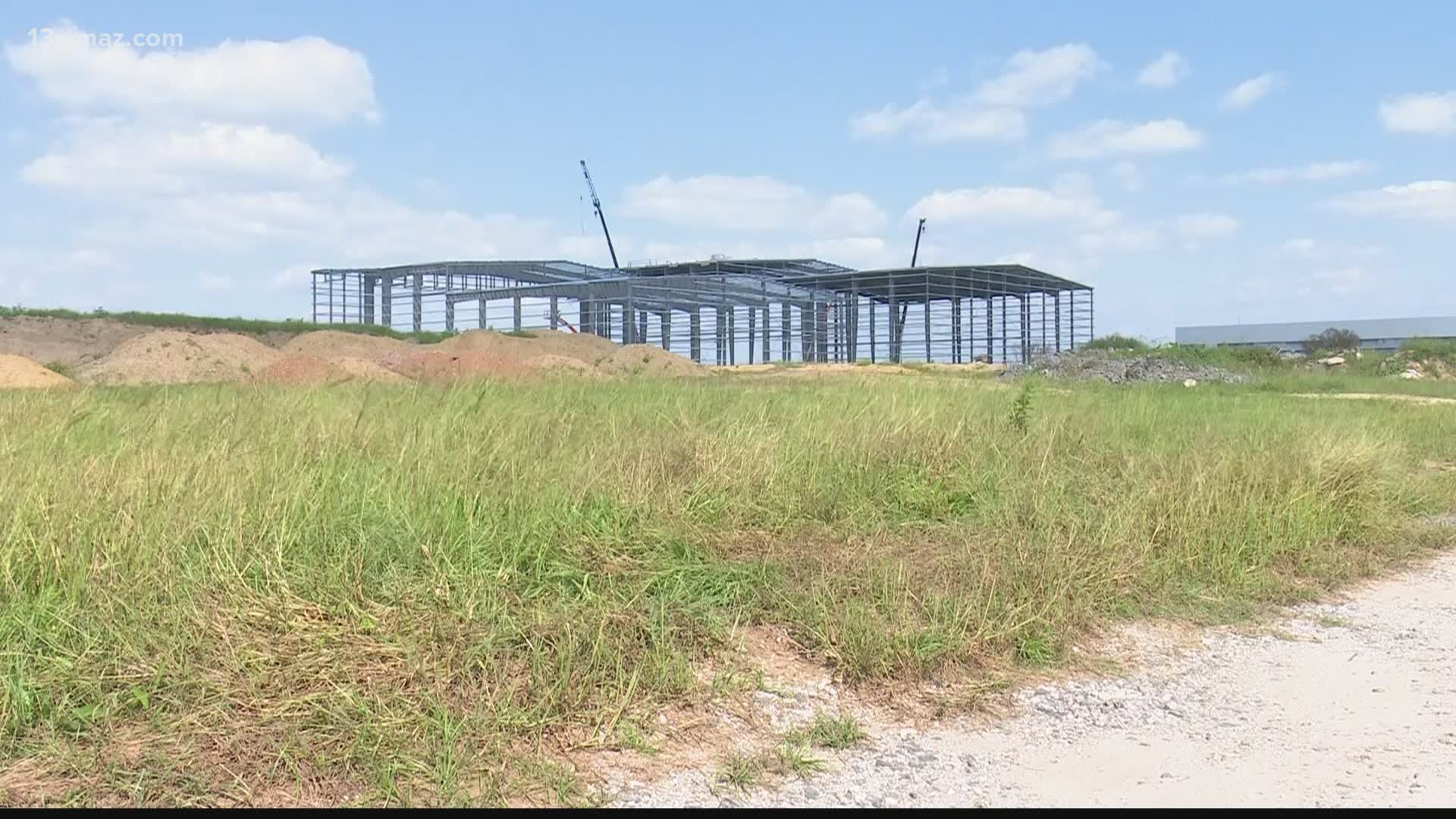 Plus, global waste solutions provider Brightmark announced they will be hiring for 100 positions as they spend about $680 million building a 5.3 million square-foot-site on Walden Road near Middle Georgia Regional Airport.

In March, the authority petitioned to rezone 125 acres to heavy industrial to allow for operations like Brightmark’s.

What’s labeled the “world’s largest advanced plastics recycling and renewal plant” will have capacity to annually divert 400,000 tons of plastic waste into 64 million gallons of ultra-low sulfur diesel fuel. Groundbreaking has not been set, but prospective workers can inquire about opportunities on Brightmark’s career tab on the website.

Dean Baldwin Painting, which accepts its first airplane later this month, is actually interviewing and hiring workers at the industrial authority’s downtown office as work continues on the facility at the airport.

“You might have noticed more cars in the parking lot,” Adams told board members.

As Dean Baldwin’s aircraft painting operation gets off the ground, existing industry also needs more than 260 people, according to information on the authority’s website.

At 8:30 a.m. or 5:30 p.m., applicants are encouraged to come with resumes in hand  to Building H of Central Georgia Technical College at 3300 Macon Tech Drive off Eisenhower Parkway.

A variety of machine operators will be hired as well as maintenance technicians and engineers.

Workforce talent development and recruitment also is a major goal of the Greater Macon Chamber of Commerce.

“Employers are seeing this as the best way to link the jobs to the talent base,” Williams told the authority Monday.

Prospective employees are out there, according to research the authority funded earlier this year.

Vision First Advisers talked to stakeholders over six months to help the authority identify strengths and weaknesses and plan strategy.

The report revealed only a 56.8 percent labor force participation rate for those 16 years old and older. In the prime-age category which covers the civilian population aged 25-54, 76.2 percent have a job or are actively seeking work.

Many companies shut down due to the COVID-19 pandemic, but Adams is hopeful the decline in coronavirus cases not only means a resurgence of production but an increase in prospects.

Adams logged a half-dozen site visits last month and has 26 open projects totaling 3,600 potential jobs with a possible investment of about half a billion dollars.

“All the target markets are being hit. We’ve got a lot of activity in the pipeline,” he said.