Cash mob: How you can support 3 Hispanic-owned restaurants in downtown Macon on Thursday 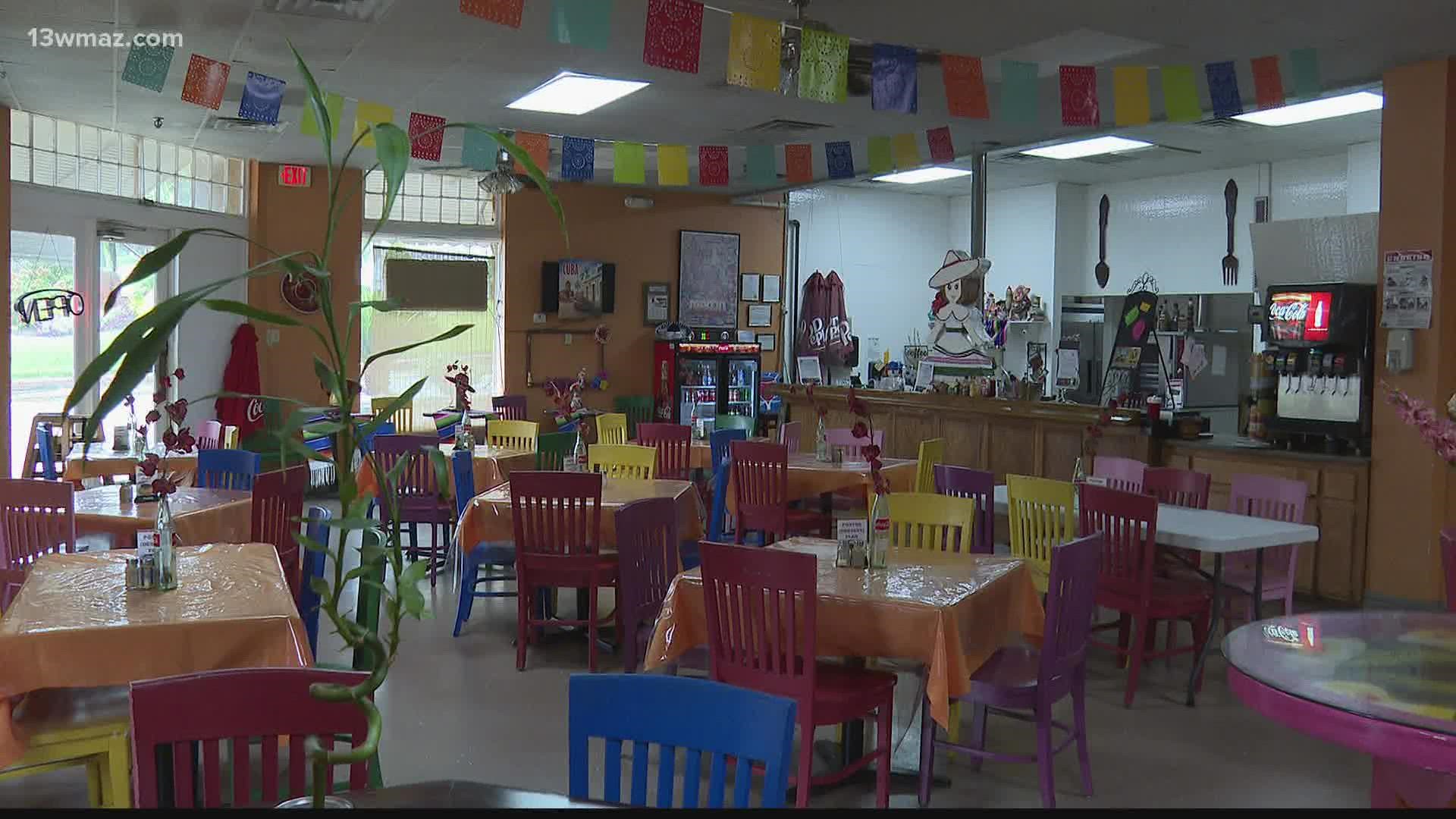 He helps translate orders for his mom in their restaurant, The 3 Countries at 195 Spring St.

"It's a beautiful moment to spend time with family and you see them every day, but you never get tired of them,” he said.

The two of them have been serving meals like Cuban sandwiches, enchiladas, and fajitas for the last seven years.

"We always have events here, like the Mercer parties…whatever they need. We are just grateful they always come down here,” he said.

He says he’s grateful to live in a county that recognizes Hispanic Heritage Month.

“Since my family is from Mexico, I have always wanted to learn about that more,” he said.

According to Macon-Bibb’s Director of Small Business Affairs, Charise Stephens, the county’s Hispanic population is growing. So much so that her office planned a ‘cash mob’ event to support their business and two others.

“We need to embrace our diversity. Support these small businesses of all kinds to build the wellbeing of our economy,” she said.

To support the Figueroas, just show up and spend as much money as you can on Thursday from 1-3 p.m.

The other two restaurants included in the cash mob event are La Bella Morelia on Mulberry Street and Ricky’s Taco Shop on Cherry Street.

Even though the cash mob runs for two hours on Thursday, each restaurant will be open during their regular hours and you can support them at any time.

RELATED: How to celebrate Hispanic Heritage Month with birria tacos

RELATED: Hispanic Heritage Month | How it all got started